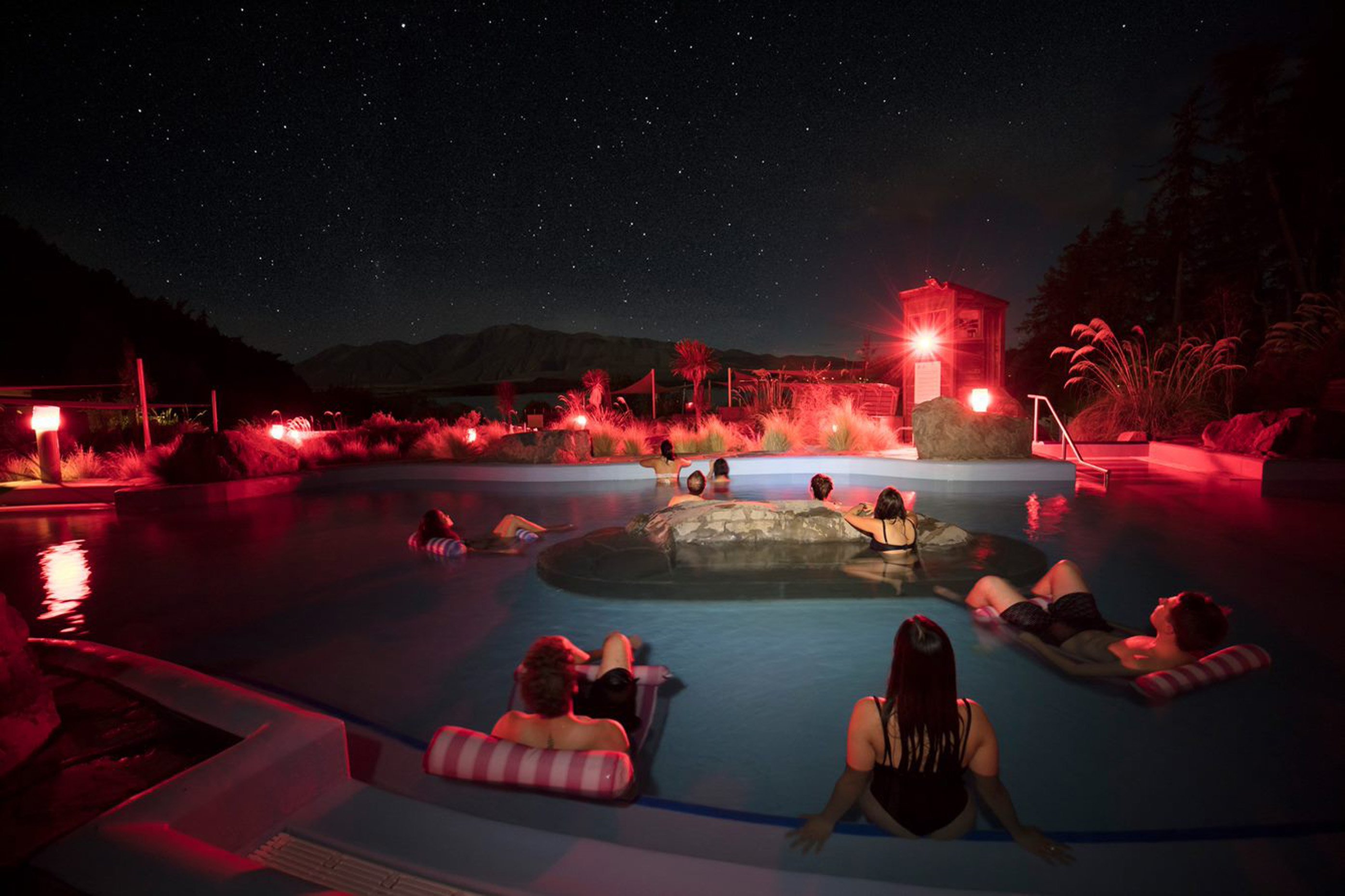 The Casanova of Wanaka is a man who sees proposals everywhere; take a knee to tie shoelaces at your peril. I’m allergic to matrimony. Yet here we were, celebrating our 10-month anniversary like newlyweds.

Winter in the Mackenzie could well be the most romantic place on Earth. It’s certainly the most-est in lots of other ways: home to New Zealand’s highest mountain, purest night skies and largest glacier, it’s a destination of superlatives. 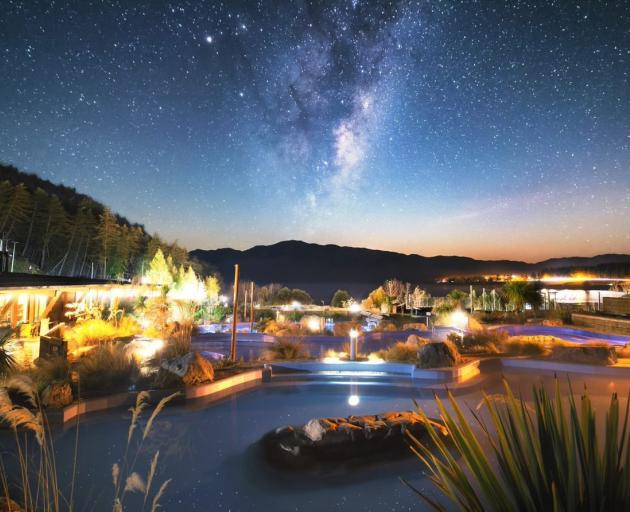 Installation of outdoor lighting controls in the 1980s has turned the region into a world-famous stargazing destination: the Aoraki Mackenzie International Dark Sky Reserve, one of 11 worldwide and the largest in the southern hemisphere, is spread over 4300sq km.

The star of the show at Lakestone Lodge is the view. An off-grid eco lodge celebrating its fifth year, located slap bang between Twizel and Tekapo, it is discreetly tucked away on a ridge above the road. Each of its six rooms look out on Mount Cook — only 60km away but seeming even closer — and Lake Pukaki, ringed by mountains wearing a snowy mantle that turns apricot at dusk and dawn.

The view from the bath at Lakestone Lodge. PHOTO: JAMES MITCHELL
Owners Anna and Mike say Kiwis are embracing winter this year, coming to see some snow, do something a little bit special. And while activities and attractions abound, guests have been known to abandon their "to do" list and just park up by the fire all day, mesmerised by the ever-changing vista.

Former geologist Mike decided to study up on astronomy after pretty much every night someone would go outside, look up, and ask, "what’s that?" Now, Anna says, "he’ll never go back to rocks" — unless they’re meteorites.

"We are extremely lucky to share one of the best daytime views in New Zealand with our guests," Mike says, "but it is the night sky that completely blows their minds."

With something like 85% of the world’s population not being able to see the Milky Way, overseas visitors are often brought to tears by the sight of stars they only remember from childhood. Lakestone uses many ways to keep light pollution to a minimum, and this passion for the preservation of the night sky has paid off — the lodge has just become the first Mackenzie business to receive Dark Sky accreditation.

The motto for dining at Lakestone is that the food shouldn’t be something you could produce yourself at home. Options include fresh locally farmed salmon, venison and lamb, washed down with local wines and craft beers. Fortified, we set off down the road to Tekapo. The Dark Sky Project’s Mount John Observatory Summit Experience is a journey through the cosmos that takes place on the grounds of New Zealand’s main astronomical research observatory. 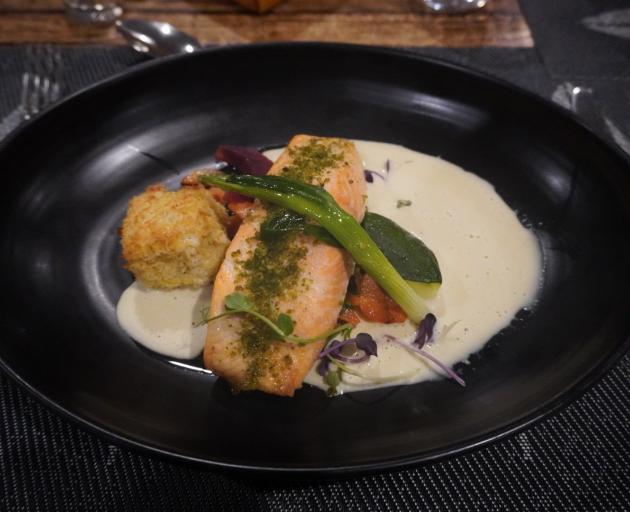 Locally farmed salmon is on the menu at Lakestone Lodge. PHOTO: JAMES MITCHEL
Minus 4degC with a hard wind in your face, to steal a line from Rocketman: "it’s cold as hell". That doesn’t take away the marvel of seeing Saturn, and gas giant Jupiter, more than two and a-half times the size of the other planets, and one of its moons through the 16-inch optical telescopes.

Craning our necks, we looked up into the past, four trillion years ago to be exact. Alpha Centauri is the closest planetary system to Earth’s solar system, at 4.37 light years from the sun, and actually two sun-like stars that revolve around each other like lovers.

We are stardust. Our bodies celestial. Nearly all the elements in the human body are made in a star: carbon, phosphorus, magnesium, nitrogen, and many have come through several supernovas.

Matariki shows her face in the morning — it’s the season to be grateful for what you have and plant intentions for the year to come. The air is crisp, cheeks are pink as we move from astral plane to ski plane and the highest landing strip in the country. 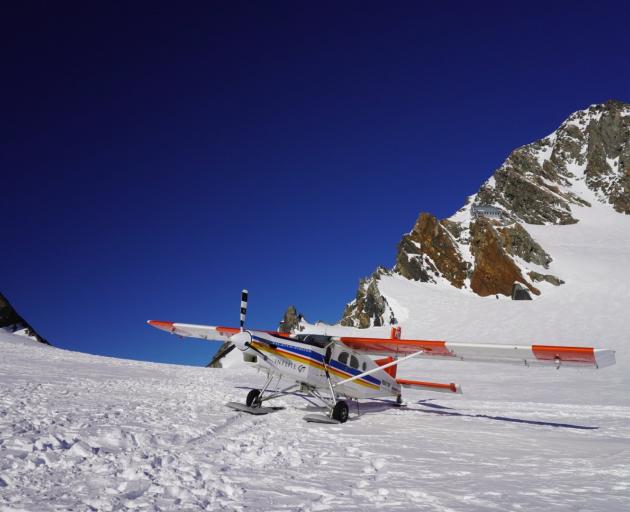 A Mount Cook ski plane onHaupapa Glacier. PHOTO: JAMES MITCHELL
Flying in his footsteps over the braided river we see the rare sight of newly calved icebergs in the glacier lake.

Further up you could see how the bergs start: cubed like a block of chocolate, wind-carved into squares.

Landing on a glacier takes your breath away, the intense quiet, the sheer hugeness. Don’t attempt a snow angel, 600m of rock and ice is like concrete and the best you’ll get is a couple of heel marks.

Perched on the crag above, like a lonely tin can with windows: Kelman Hut, also known as the Kelvinator, for obvious reasons. On the return flight our Pilatus Porter plane tips a wing at Aoraki. Seen up close, it’s not a friendly looking mountain. One of 28 studding the backbone of the South Island, it has a fanged and indifferent beauty. "I remain," it says. "You are a speck." 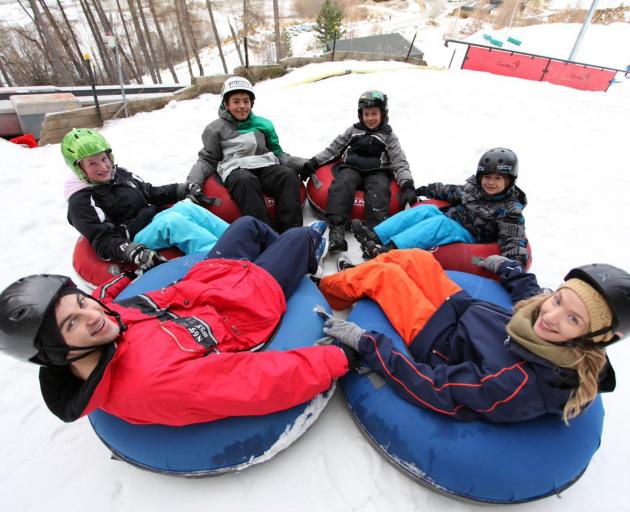 Tekapo Springs snow tubing. PHOTO: SUPPLIED
After the maunga’s cold shoulder, a warmer welcome at New Zealand’s smallest commercial skifield, Ohau. Skifields can be snooty, but Ohau’s uncrowded slopes are super-friendly, and the vibe is laid back. Strangers say "hello" as they pass on the chairlift. Ski lessons prove it’s never too late to discover a new thing to love and that small children can do everything better than you.

The Mackenzie is huge so plan your travel time between destinations and leave plenty for pulling over as not for nothing is this known as New Zealand’s most photographed landscape. The whole region is like a collection of biscuit tin lids commemorating epic scenery, some of which you can experience in your togs. 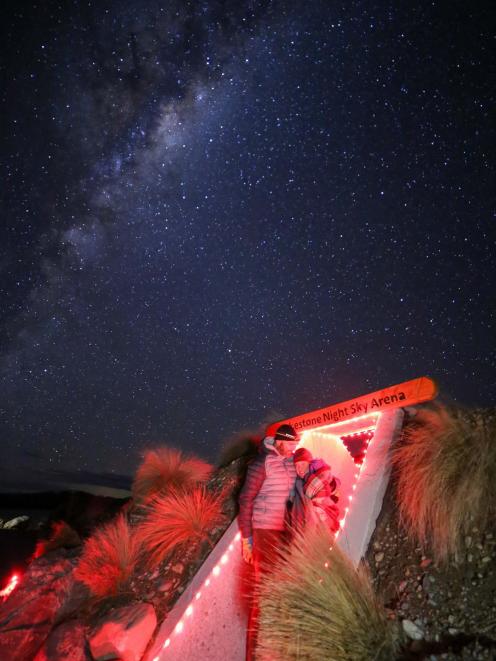 Hot springs are best in snow. Tekapo Springs also has snow tubing, kids yelling "love you mum!" as she takes off down the slope on an inflatable tube. After a wild ride, float in the adults-only pool until you’re saveloy pink and take in the lake and mountain views while appreciating Kiwis’ love of tattoos. Drawn together, we are an inked nation.

Tekapo Springs also has the only hot pools and stargazing tour in New Zealand. Lie in a floating hammock in a 38degC pool and soak in the stars. A spill of diamonds on black velvet, the centre of the universe is literally right above you. With the centre of your universe beside you, it’s hard not to feel a magnetic pull.

Stargazing for a final time on our last night at Lakestone Lodge we were much more in the know about what was overhead. We could tell our nebula from our space hardware, and a shooting star let us make a wish to return. This isn’t a judging place, but Lakestone’s Night Sky Arena features reclining chairs, wool blankets, mulled wine and a 30-second walk to bed.

Wrapped in millions of stars, the Mackenzie is nothing short of a love trap. I almost popped the question myself ... but settled for a cork instead.

Once, there was a time folks watched terrestrial television 'snow' after closedown, to view the vestiges of the Big Bang, radiation in Earth orbit.