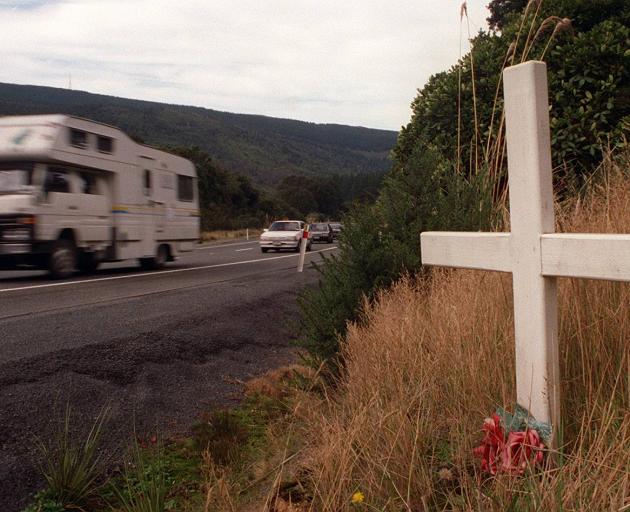 Last weekend’s toll of eight dead equalled that for the previous Labour Weekend.

Such statistics are always shocking and this year even more so, considering those in our largest city were unable to travel for a Labour Weekend break.

There will also be many people suffering injuries as a result of these crashes. For every one of these events, on average, there are seven people seriously injured.

Of course, there is much yet to be learnt about the weekend crashes and the factors which contributed to them.

However, as police Inspector Peter McKennie said on RNZ, most crashes are the result of mistakes being made rather than extreme behaviour, but impact speed was always a factor.

Many people did not recognise five-star safety rated vehicles with all in them wearing seatbelts were only designed to protect occupants at speeds up to 70 kilometres an hour in a frontal impact crash.

People needed to be able to drive in such a way that enabled them to get down to a survival speed when the unexpected happened in front of them, he said.

The weekend toll has also put the spotlight on the woeful progress being made on the Road to Zero campaign, the strategy to reduce death and injury on our roads which started with a hiss and a roar nearly two years ago.

Covid-19 has been blamed for some of the inactivity, including the impact on breath-testing by police who were diverted to other activities, although it is worth noting there were already concerns about the lack of testing long before Covid-19 turned up.

In Otago, before the weekend’s events claimed two women’s lives near Waihola, the sad aftermath of road deaths was already in the news with three mothers of young men killed raising concerns about rules surrounding tributes near crash sites.

Crosses are allowed on state highways in places where it is considered they will not create safety issues, but the rules around other places can be less clear.

The Waitaki District Council, explaining its stance on not allowing a memorial at Awamoa Park, suggested cemeteries were the most appropriate place for memorials.

This might sound logical, but it misses the point that often for families the death site is more relevant.

Memorials which might impede visitors’ access or enjoyment of parks might be inappropriate, but it is hard to see that some type of plaque suggested by the family in this instance would be problematic.

It was encouraging to see the Dunedin City Council will apologise for removing items left as a personal memorial at the spot where Grason Veitch died in September 2020 on a shared path below Ravensbourne Road.

It has also shown willingness to discuss the possibility of installing a permanent bench seat in the location with the family.

A sensitive and thoughtful approach to such memorials is needed, along with a recognition that they can have an impact beyond those immediately affected.

Who among us has not paused when seeing a white cross or other memorial beside a road to reflect briefly on how that death might have occurred and how sad it must be for the family concerned?

While research suggests that is unlikely to change our driving behaviour, it can be a timely reminder of the fragility and preciousness of life.

Driving behaviour. The rush to holiday. Structural environment is less relevant. Cars are not crashing of their own free will.