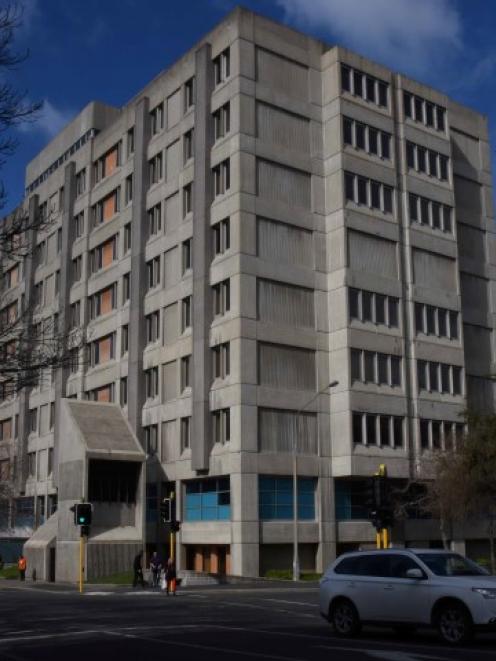 The Dunedin Hospital. Photo: File
Some services at Dunedin Hospital are too expensive to keep, and the hospital appears to be "right on the cusp" of needing to be less specialised and more general, a newly-released report says.

It was one of a tranche of reports released just before Christmas, written by the consultants who are planning the $1.2billion new hospital.

"The building is crumbling and the spaces available are suboptimal to the point that they create clinical and patient risk, as well as providing a poor patient experience," one report said.

The consultants did not confine themselves to assessing the state of the building.

The reports talk about the need to overhaul hospital services and the entire southern healthcare service.

Dunedin did not treat many patients from other areas, so it lacked revenue.

"Twenty-four hour rosters are being maintained in some medical services where that service could likely be managed in a less expensive manner.

"Dunedin Hospital is serving its own catchment only, and may need to think more about what is sustainable locally and regionally, to ensure services can be maintained in a sustainable manner," a report said.

Services were fragmented and in some cases too specialised.

"A number of services indicated that Dunedin Hospital is right on the cusp with respect to the model it currently runs for general surgery and medicine.

"There is open discussion around either having a model where general physicians are more skilled, which is possibly acceptable in a smaller hospital, or whether to continue to run a model with active sub-specialty input.

"Specialist physicians have typically not practised general medicine for some time, and do not therefore like the idea of being under a general medical admitting model."

Sometimes whole surgical lists were put off because intensive care was full. Too many patients were being readmitted after being discharged, and this was possibly because bed pressure prompted staff to discharge patients too early.

The DHB was dealing with a high melanoma rate caused by the "Central Otago sun" and efficient ways of dealing with it were needed, such as more skin lesion removal by GPs.

A lack of development and innovation in the GP sector in the South meant the hospital still did procedures that could be shunted into primary care.

Dunedin had higher treatment rates than other DHBs for some things, like hernias.

Services struggling to treat enough patients included gynaecology, which had the country’s lowest treatment rate compared with other health boards. In particular, it appeared younger women were missing out on gynaecology care.

Seems the results of the report were decided before anything else and we are heading for reduced services. It doesn't address the systematic underfunding over many governments. Passing work onto GPs will need more GPs (which we struggle to attract) and substantially more funding. Is this covered by the report?