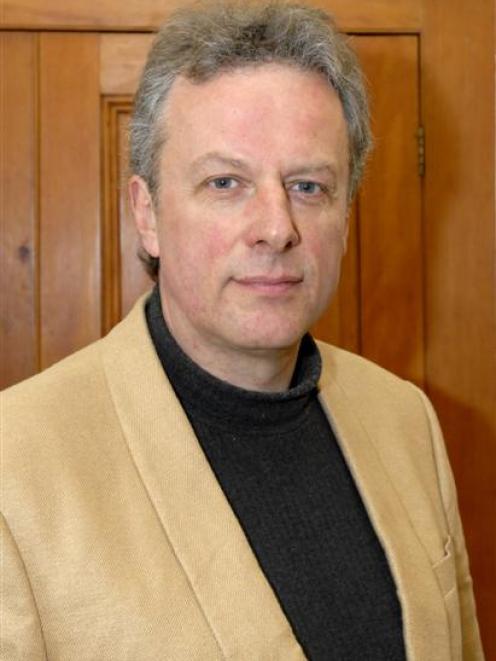 Lee Vandervis
A claim by a mayoral and council candidate 400 Dunedin City Council staff should be cut to bring the size of the council closer to that of Tauranga appears to be based on incorrect figures.

Lee Vandervis has been campaigning for a "new direction" at the council, in which "we must slim DCC staff numbers (687) closer to similar-sized Tauranga who manage with 237."

But his claims have been debated at mayoral forums held for the election.

In an effort to clarify the matter, the Otago Daily Times obtained figures directly from a Tauranga council spokesman, who said that city's council had 457 full-time equivalent staff.

As well, he said the city had a different model to Dunedin.

Tauranga contracted a private company, Christchurch-based City Care, to maintain its water and sewerage system, and maintain its grounds, trees and parks, meaning fewer staff showed up as council employees.

"The old days of a council worker with a shovel and a truck are gone," he said.

"So, staff we do have are administration, organising and managing contracts."

Mr Vandervis said his source for the information was the Dunedin council's website.

Council communications co-ordinator Rodney Bryant told the ODT Mr Vandervis had been advised the figure he has relied on for promoting his approach to staff numbers, particularly when compared with Tauranga, was wrong.

The advice was given at the suggestion of chief executive Jim Harland, who wanted the issue cleared up, Mr Bryant said.

"This does not appear to be his [Mr Vandervis'] fault, as he has used figures from our website.

"Rather, the case is that we may have been less explicit in how we explained this material than might be helpful."

Asked to explain the differences, Mr Harland said some aspects of council work were contracted out, but the city kept, for instance, 102 staff for water and wastewater.

The other difference between the two councils was that Tauranga did not have the sort of older infrastructure to take care of that cities like Dunedin, Auckland and Wellington had.

That included town halls, and in Dunedin, the Dunedin Centre.

Mr Harland said he was comfortable the city was efficient as it could be, and compared well with Wellington and Auckland in comparative figures.

Asked if he planned to change the figures he was using, and if he accepted the comparison was not as simple as merely comparing FTEs Mr Vandervis said Tauranga was not the issue.

"You can always argue over details, but the issue is that DCC annual staff costs are far too high at more than $40 million, and Dunedin people can not afford to keep our small army of underworked managers swanning around Dunedin's coffee shops and deserting the DCC cafeteria."