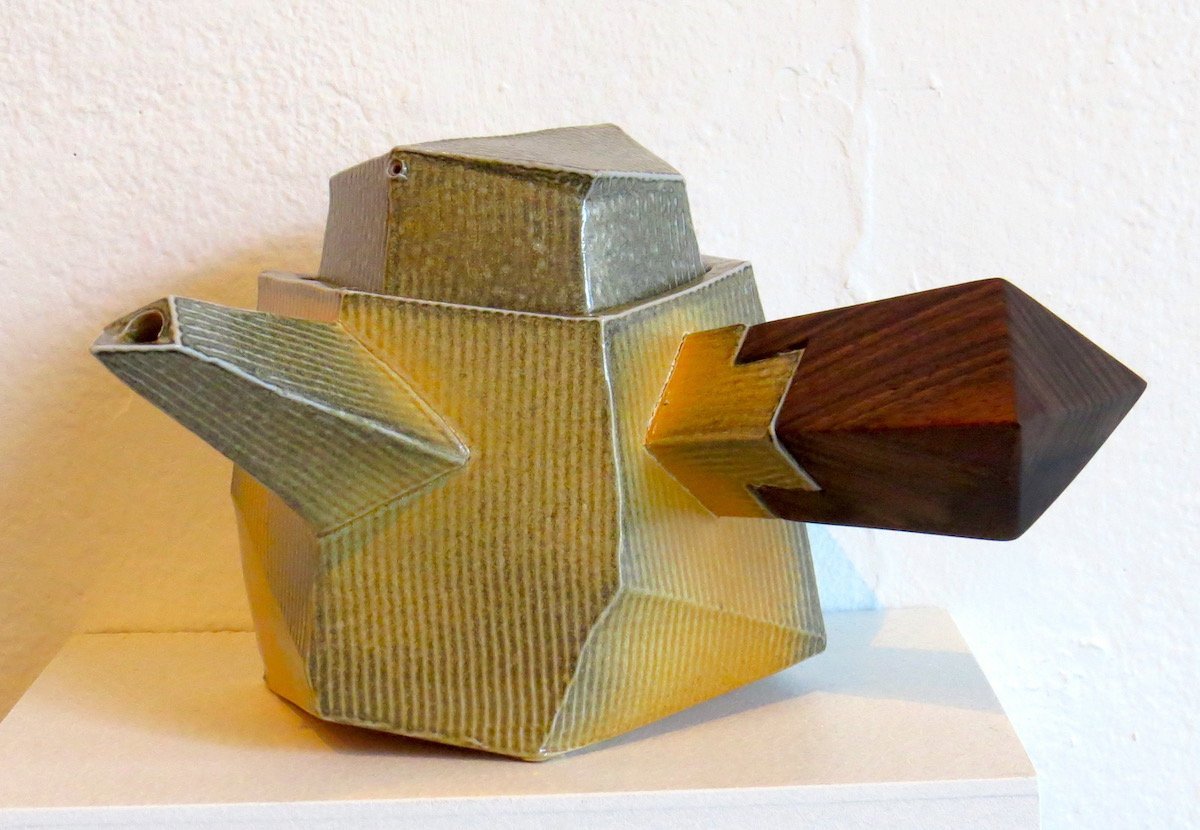 In "Facet", master ceramicist Chris Weaver displays a collection of utilitarian ware: vases, teapots, cups, and platters. The works are strong, attractive pieces, each one of which would happily grace any kitchen.

As always with Weaver’s work, the pieces are both artistic and practical. The works live up to the exhibition’s title, appearing almost as multifaceted jewels, all rounded edges replaced by crystal-like flat planes. The forms are softened and enriched, however, by fine metallic glaze. This leaves each piece capable of surprising with changes of apparent form and texture as the viewer or light moves around it. The glaze gives some pieces, notably the small vases, an industrial feel, as if they had been created from rusted iron.

An intriguing advance from the potter is the clever jointing of wood and clay that is found in several of the pieces. Handles slip tongue-and-groove into the bowls of the vessels as if there was never any doubt that the two materials belonged together.

The resulting forms are not only fascinating and appealing, but have a lovely semi-comical element due to the calculated haphazardness of the shapes. Teapots appear ready to flit away into the bush like so many plump fantails. Overall, the works are a warm, friendly delight. 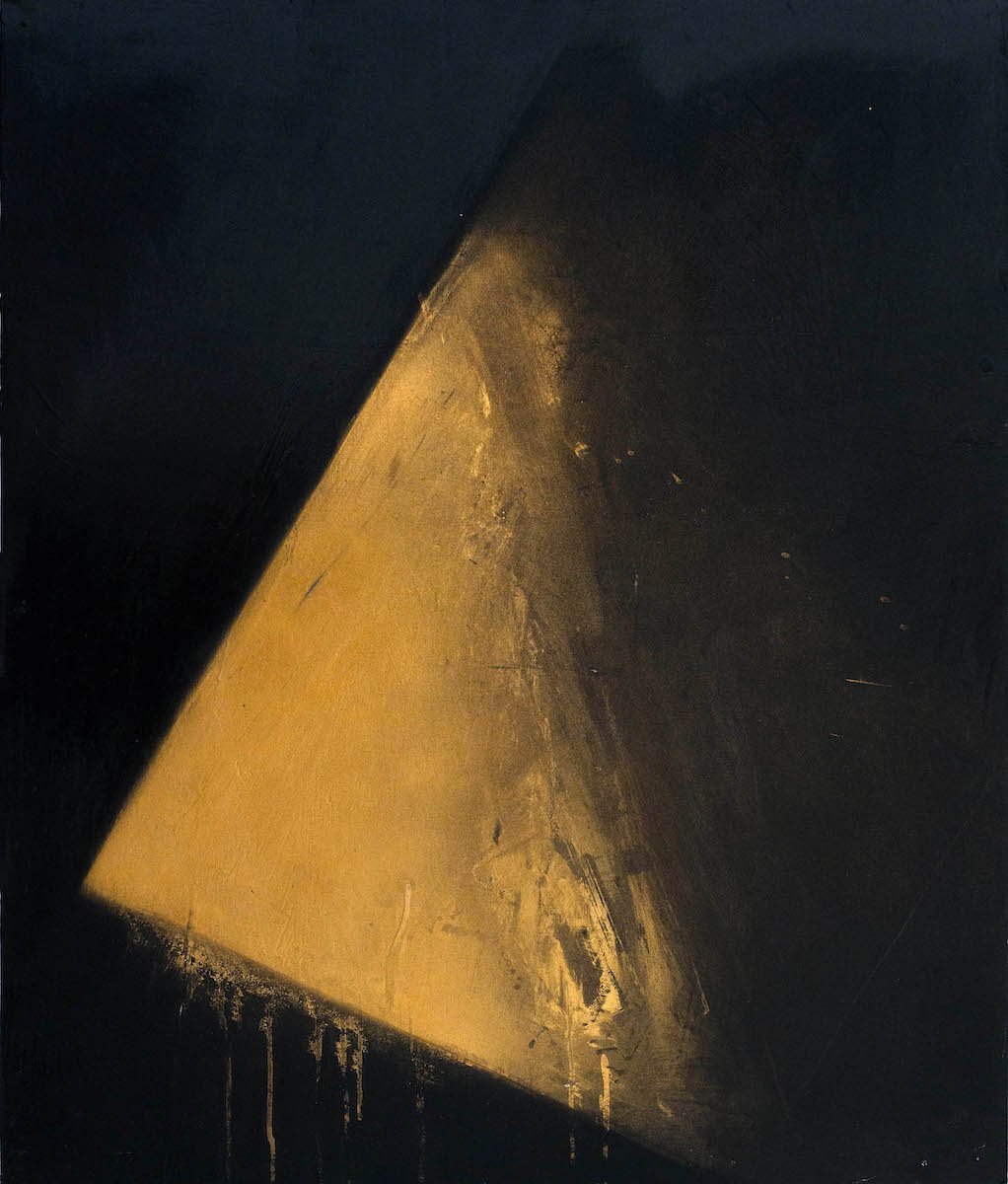 Metallics are also an important feature of Brendan Jon Philip’s paintings at Olga.

Hefty, sombre abstracts, these works float explosions of colour and drifting bronze and silver forms across seas of intense black canvas. The pieces occasionally approach representationalism, as in Grail, but for the most part there is a visceral abstract gesturality to the application of paint.

The paintings can be divided into two groups. The coloured pieces appear as outbursts of brilliant pinks and blues fighting against the blackness, flowers bursting forth in fiery blooms from a midnight garden. These works pulse with energy and uneasy dynamism.

In contrast, the metallic pieces have a quieter, zen-like quality. With the Broadest Shoulders is a heavy-laboured moonrise, and both Severity and Mercy present enigmatic angular forms looming out of the shadow. Two works, Roses of Heliogabalus I and II, combine the bright colour and dim metal in a way that almost feels as if the colours are invading the serenity of the metallic scene. One larger work, Shall I Project a World? replaces the metallics with a sinister off-white, as if to drain the painting of its breath. The enigma of the works is enhanced further by titles which seem to hold an ungraspable key to any narrative within the paintings. 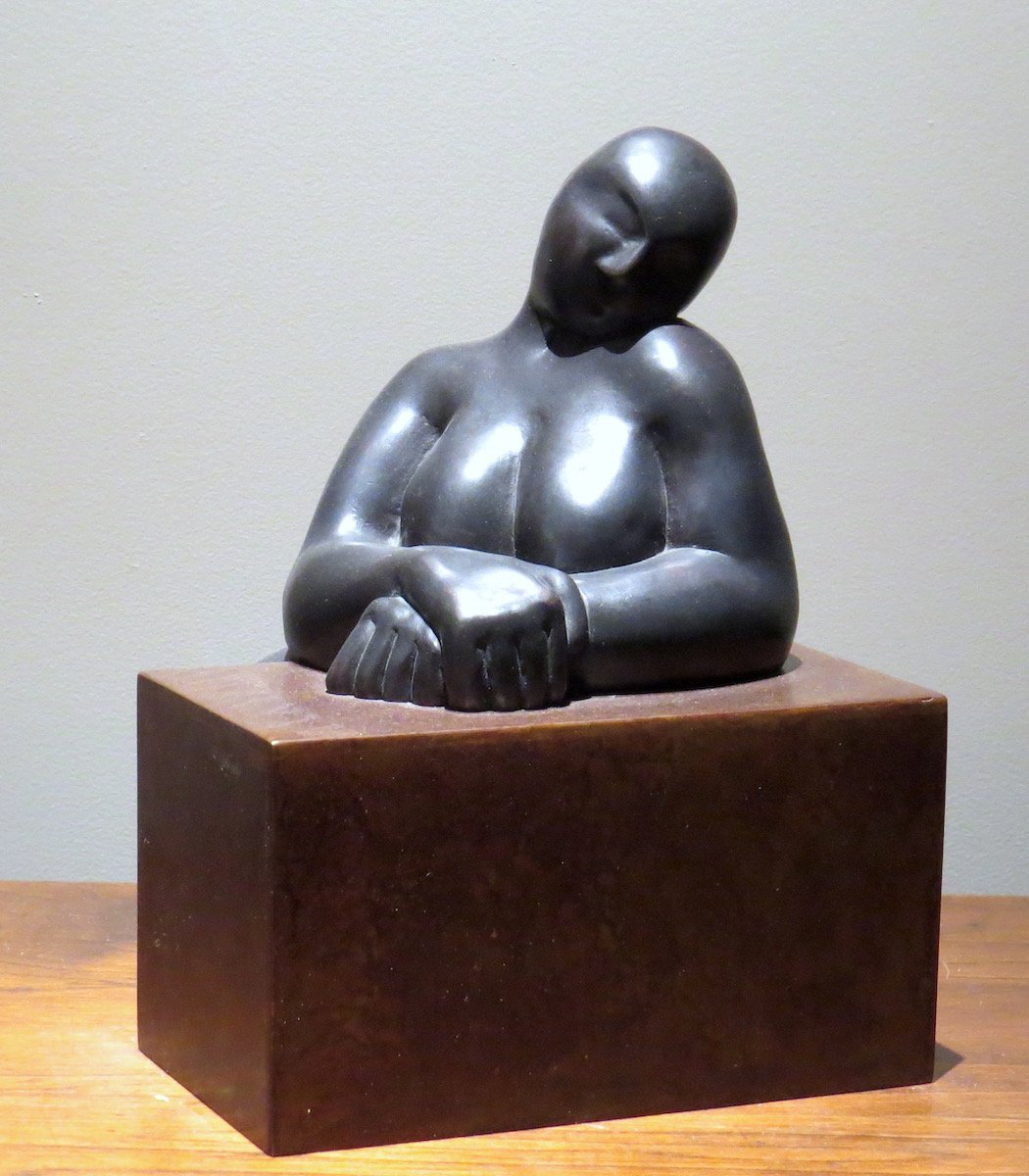 Fe29’s "Autumn Collection" is an opportunity to combine an overview of work by the gallery’s regular artists with previously unseen pieces by Viky Garden and John Drawbridge.

The gallery’s entrance hall is dominated by a small series of intriguing portraits by Garden. These five works somehow capture the internal character of the sitters at least as much — and probably more — than their outside appearance. In works such as Frayed and The Wilding, the viewer is left with the distinct impression of looking inside the somewhat fractured mind of the sitter. The same is true with a couple of the artist’s monotype works elsewhere in the gallery.

The rest of the front of the gallery is largely occupied by Drawbridge works, the majority of which are bold mezzotint and drypoint prints in which a single vivid colour breaks from between deep blacks and blinding white. This is particularly effective in works such as Tower and Pyramid and Landscape (1997). Drawbridge’s monochrome double homage to Vermeer and Matisse is also an impressive piece.

The gallery space is also host to a number of three-dimensional sculptures, notably including small-scale bronzes by Greer Twiss, Tanya Ashken, Marte Szirmay, and Marian Fountain. Pieces such as Fountain’s Rina and Twiss’ Victory on Brancusi’s ‘Adam are particularly effective.