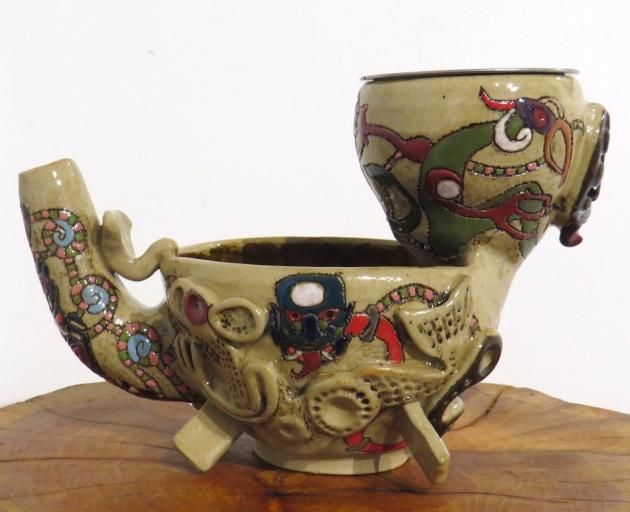 I Call for a Whale Rider Myself, by Gorgery Cheung
"2021 Tea Bowl awards and exhibition"

One of Waitati’s best-kept secrets is an annual competition for potters celebrating the traditional Japanese art of the ceramic tea bowl.

The exhibition’s patron and judge is former Dunedin gallery owner Marshall Seifert, joined in this year’s judging by local potter Josephine Waring. The competition was divided into three categories: traditional Japanese style, Yunomi (a taller form, similar in shape to a handleless mug) and original design.

The only minor quibbles with the exhibition were the limited labelling of works and the somewhat lax definition of yunomi (which was largely because artists could decide for themselves which category their works belonged in).

The exhibition was well complemented by a series of fine Japanese-inspired pictorial works, and by a display showing work by some of New Zealand’s top ceramic artists. 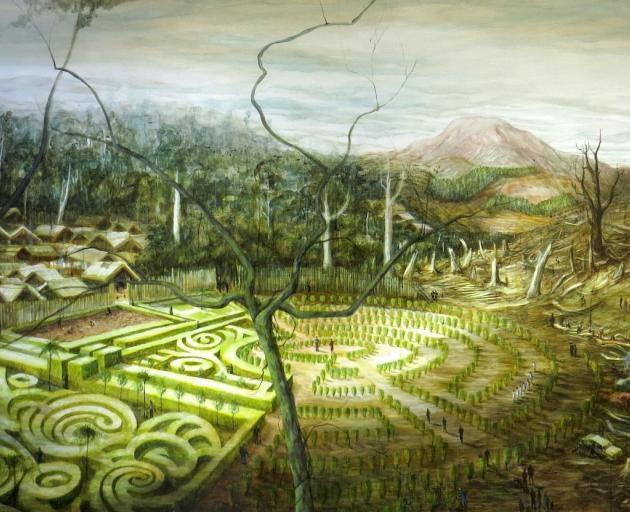 Packer has long used an intriguing personal language , taking equally from colonial-era paintings and steampunk-like themes in order to display an alternative history which is, by analogy, a window on the present. From haunting images of anachronistic sea and air vessels, she moved into allegorical images which stridently attacked the greed of rampant capitalism.

The current paintings, dominated with watery greens, are more subtle but no less pointed. We are presented with images in which native bush is cleared and replaced by exotic gardens, through which wander colonial soldiers and Maori. Marae are fenced and separated, left within the dwindling areas of bush. Elsewhere, we see the remnants of native flora relegated to the status of museum exhibits, placed in massive cathedral-like glasshouses.

The surface message is clear: that of the destruction of the natural world and its reduction to an entertainment via documentary, safari, and tramping destination. A second layer, relating to the continued destruction of native cultures by the legacy of colonialism, is also evident. Beyond these there is a third target — the world’s half-hearted attempts at making a difference when faced with the potential disasters of climate change and exploitation of nature. All done within the medium of some fascinating and attractive art. 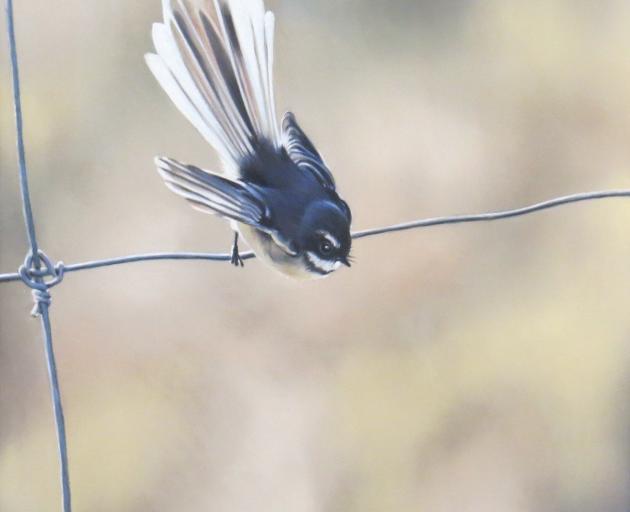 The precarious state of the world’s ecology is also the subtext of Tessa Barringer’s exhibition at The Artist’s Room. In a series of works drawn largely from the activity at the artist’s bird table, it is birds and insects which become the key players on stages reminiscent of classic still life works.

The use of the terms "players" and "stages" is apt, for many of the images look as if the birds are actors in some esoteric play, the occasionally comical confrontations (as in Half-pint Heroes) are, however, representative of the real squabbles that go on for food at the table, and are symbolic of more global struggles for dwindling resources and habitats.

The works are sumptuously drawn; a casual glance might make the viewer think of oil paintings, but they are beautiful examples of the use of pastel pencil. The artist’s mastery of the material can be seen in the gentle shading between blacks and greys in the darkened backgrounds of several of the works and also in the fine detail of both birds and "stage props" such as glass and metal containers. The use of photograph-like background blur in images such as Bird on a Wire is also excellently achieved and utilised.