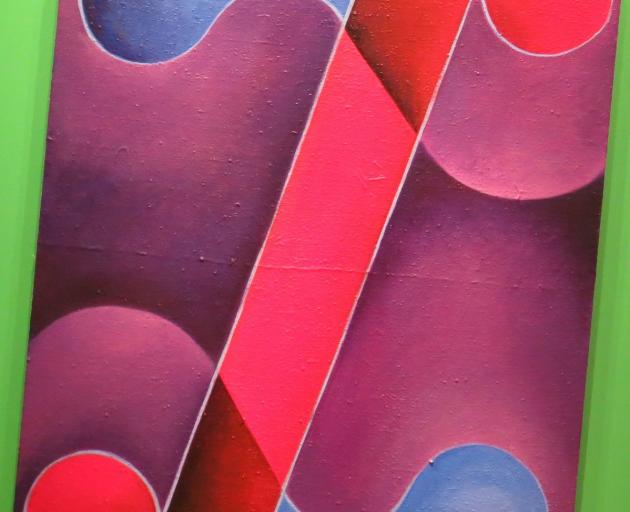 Hodgkins' own sexuality has been the subject of debate, and it a natural for Taylor to use the possibly coded symbolism in the work of Hodgkins and her contemporaries as starting point for her exhibition.

Taylor's art is placed against walls painted in almost violent shades of plum and emerald. One wall of the gallery features a large mural by Taylor and architect Sue Hillery entitled Double Portrait: Screw Thread, its form, a series of repeating skewed patterns, setting the stage for Taylor's art.

Taylor's own work, in strong colours and line, concentrates predominantly on colours and forms which reflect primarily lesbian sensuality but should appeal to all. The forms themselves are reminiscent of early 20th-century art by Sonia Delaunay and, perhaps tellingly, Marsden Hartley, and artist whose own work was coded to hide his homosexuality.

The most striking feature of Taylor's works is the use of skewed, parallelogram-shaped canvases. This is disorienting for the viewer and involves a delicious pun.

The work appears ‘‘bent’’ rather than the expected ‘‘straight’’ form. As viewers, we are disturbed by this literal distortion in the same way that metaphorically we are challenged in the accepted social norms that expect everything to be ‘‘straight’’. 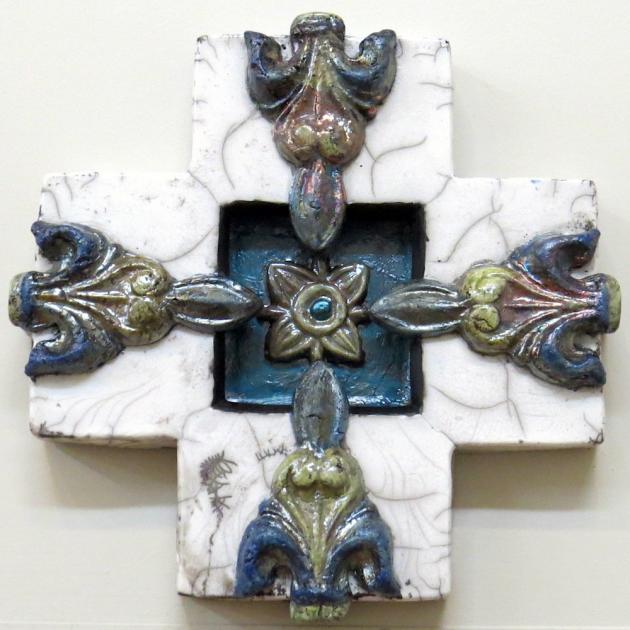 Cemeteries and old stonework might not seem like the most obvious place to hunt for artistic inspiration, but they have been a source of ideas for Central Otago artist Lynne Wilson. The ornate detail of Victorian masonry and wrought-iron work found in memorial structures has provided the basis of the pleasing hanging ceramics the artist has created.

Wilson uses a technique known as raku firing, in which the baked artwork is removed from the kiln while still hot and placed in a vat of combustible material. The resulting surfaces have an individuality, and lend them a patina reminiscent of aged stonework. The artist brings out detail in bright colours, which remove the finished works perceptually from their memorial origins. Her resulting forms, many of them in the quatrefoil and cruciform patterns of masonry ornamentation, have a uniqueness and a beauty, yet one which still reflects the nature of the stonework inspiration.

Alongside these works are a series of smaller, stand-alone pieces, some of which are inspired by finials and other metalwork, but most of which have the form of small treasure or reliquary boxes. As with the hanging pieces, these works have a charm and also an air of wistfulness and memory in keeping with their historic origins. 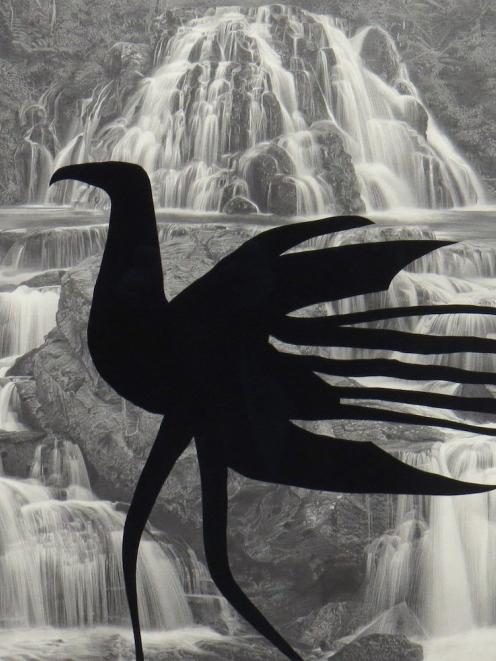 Milford Gallery's annual ‘‘Show and Tell’’ exhibition is an opportunity to see new works by many of the gallery's regular artists and also to introduce the Dunedin viewing public to artists new to the Milford fold.

In this year's show, five established Milford artists — Russell Moses, Jenna Packer, Peata Larkin, Israel Birch, and Leanne Morrison — have work on display. Of these, it is perhaps Larkin whose work has taken the furthest leap from her former style. While still producing patterned abstracts influenced by Maori tukutuku, her latest work no longer uses the method of injecting bright colour through canvas to create a form of rhythmic pointillism, but instead centres on pale canvases with precisely placed incisions, the raised canvas segments creating their own interplay of light and dark.

Alongside these works are items by three new Milford artists. Craig McIntosh's small carved stone artefacts sit on the edge between natural form and architectural fragment, almost demanding that the viewer touch them and feel their supple lines. Aaron Scythe's ceramics use Japanese, European, and Pacific motifs in their exploration of pattern, and also show an influence of artists, such as British iconoclast Grayson Perry. Last, but not least is Paul McLachlan, whose stunning wall hangings and evocative and enigmatic mixed media drawings are an excellent addition to the Milford cadre.