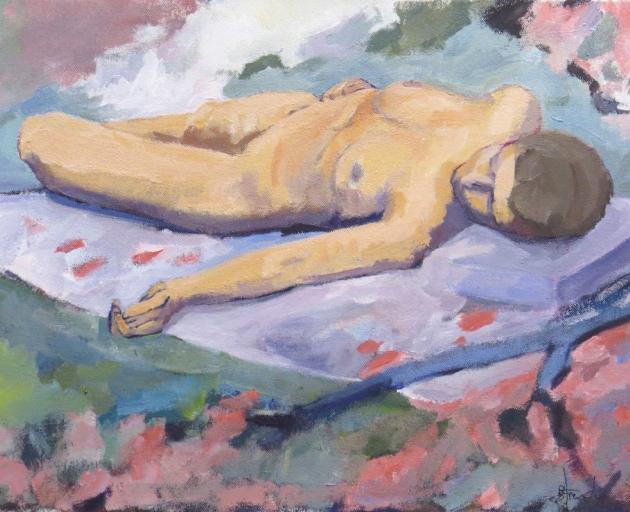 Painting from Life Drawing 1, by Baden French
"Side By Side'', Baden French (Moray Gallery)

Baden French's latest exhibition at Moray Gallery looks at that most difficult of subjects, the nude portrait, and - more specifically - looks at the process of creating a finished nude painting.

Taking his cue from the traditional idea of sketching from life and then painting from the resulting sketches, the artist has presented pairs of works, both sketch and painting, to display the creative process.

In doing so, he has revealed the mysterious truth that whereas a drawing has to be precise if it is to create a genuine feeling of a successful nude study, a painting can take liberties to produce a stylised result.

Whereas the artist himself states that to produce a drawing, a basic knowledge of human anatomy is necessary in order to understand the interplay of muscle and bone which together make the human form, the translation from completed drawing to painting requires far less information.

The use of planes of colour and strong brush strokes combine with a painterly eye to produce works which, while they are still anatomically correct, are imbued more with a sense of what is accurate than any real detail of that accuracy.

The current exhibition gives good evidence for this paradox in its pairing of drawn works such as Life Drawing 1 with the paintings which developed from them. 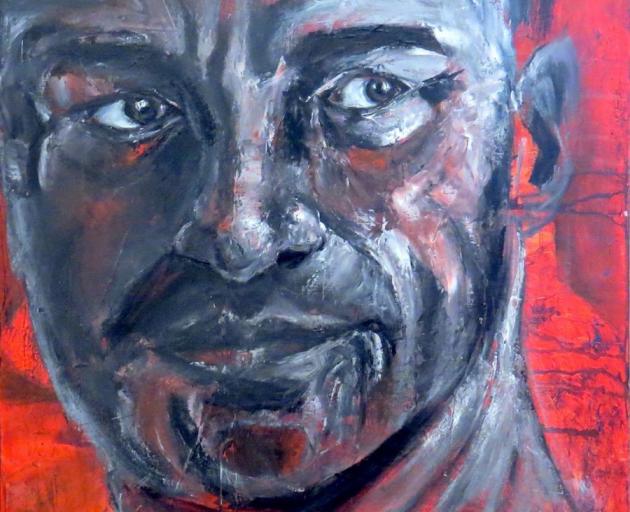 The human figure is also to the fore in a joint exhibition at the Community Gallery featuring works by sculptor Suzanne Emslie and painter Christine O'Connor.

The two artists' works complement each other well, although they tackle the human figure in quite different ways. O'Connor's paintings are, for the most part, detailed close-up portraits, focusing primarily on the emotional intensity of the sitters.

There is great strength in the painterly brush lines and the faces are well captured, with works such as the monochrome Watching and Gazing Around II being almost confrontational in their bold, in-your-face studies. In other works, colour is used to dramatic effect, notably in such works as Disdain II and Furtive.

If O'Connor's works are the bolder of the pieces on display, then Emslie provides both a calming influence and a touch of humour. Her ceramic and stone works are of stylised full-length figures in which the face has been for the most part left a cipher.

In her carved stone works such as Lovers' Embrace and Slender Slips, figures are often reduced to simple flowing lines, providing graceful impressions of the human body. The ceramic Poised and Buxom Gals display more realistic, if caricatured, figures which, though anonymous, have both charm and personality. 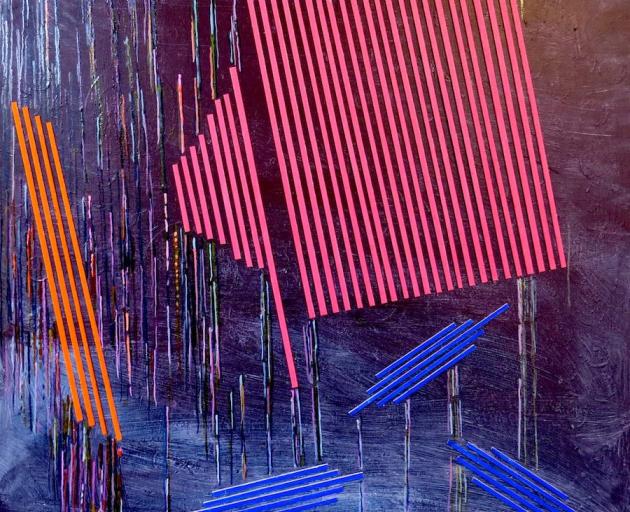 In Journeys, Pam Hill continues an exploration of abstract paintings which has been a feature of her return to exhibited art.

After earlier work as a sculptor, the artist took a break from exhibiting for several years before returning about one year ago with an exhibition of mixed media pieces in which the focus was on arrayed material placed against painted backdrops.

In her latest exhibition, colour and line take centre stage, with many of the works reduced to raised lines of card. The resulting works have a geometric minimalist feel, with large blocks of rich deep hues overlaid with repeated linear patterns.

One or two pieces seem to be a transitional stage between Hill's last exhibition and this one, with other materials such as wire mesh and fabric added to create busier, more complex images.

It is in the simplicity of the works featuring paint and card alone, however, that this exhibition reaches its heights, with the almost architectural structure of several of the pieces creating a zen-like contemplative mood.