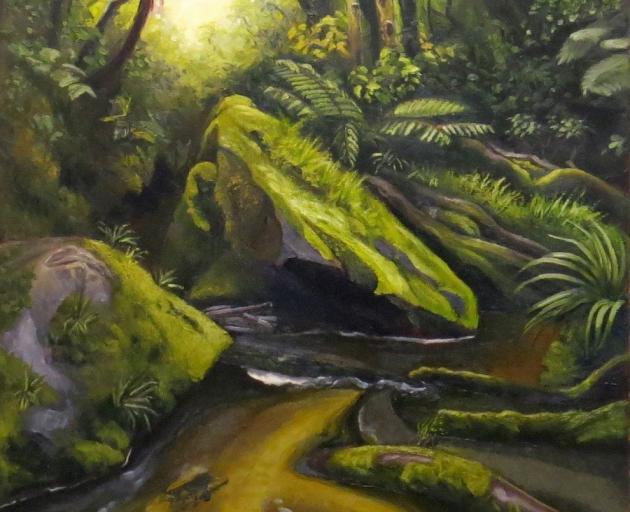 When one thinks of rainforest, the tendency is to picture the steamy tropical jungles of Southeast Asia and other equatorial regions. But there are also temperate rainforests, and southern New Zealand is blessed with an abundance of these damp wonderlands.

In Kit Macgregor’s exhibition at Moray Gallery, the artist explores these forested worlds that are almost literally on Dunedin’s doorstep. Over a series of eight oils, the artist delves into the depths of the Catlins and the West Coast, creating images where green is the colour and water is the element. Light penetrates the trees in small patches, glinting on the ferns and reflecting off the rushing streams and murky ponds below.

Light and form are the two most important feature of these paintings. The ancient forests are, by their very nature, studies in shadow and light, and it is this element of the scenes that the artist is predominantly interested in. In the depths, it is possible to imagine the ancient life forms which used to roam these seemingly unchanging lands. Bright backlit leaves and rippling water capture the light in often surprising ways, giving Macgregor excellent opportunity to play with composition and capture moments in the life of the bush. 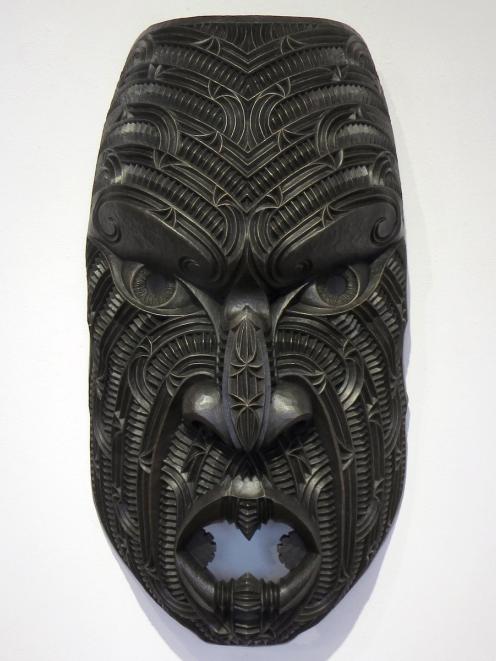 ‘‘No Hea Koe? (Where are you from?).’’ This is not just the title of Chris Bailey’s exhibition at Milford Gallery, but also a deep, multifaceted question which sits at the heart of modern Maori (and also modern Pakeha) attitudes towards land and place.

As is widely known, the connection between Maori and the land is a strong one, reflected in the term tangata whenua, people of the land. The traditional pepeha declaration, in which a person states the place, mountain and river closest to their heart, is an affirmation of that connection.

Bailey has created a virtual pepeha with his exhibition at Milford, creating is own turangawaewae within the walls of the gallery. There is a strength to the works, works which reference the artist’s ancestry and the rohe of his iwi (his tribal ties spread among several iwi in the Hauraki, Rawhiti, and Muriwhenua areas).

The work is strong and bold, the carving and metalwork drawing on traditional and contemporary Maori design. Impressively, several of the pieces which seem most like traditional carvings are created from cast bronze. This simultaneously subverts and extends the range of the art and combines it with elements drawn from European culture. The resulting powerful modern works speak directly to the viewer and ask the exhibition’s titular question. 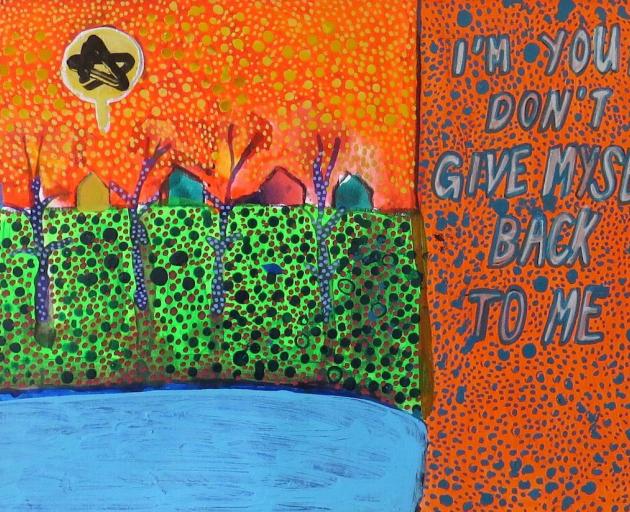 Felix Harris’ dreamworld, as depicted in his exhibition ‘‘Magical Thinking’’, is simultaneously facile and dense, simplistic and difficult.

The artist depicts a world of expression, far removed from a simple mapping of our everyday existence. He displays a form of ‘‘magical thinking’’ — thought for the purpose of wish-fulfilment and aversion of disaster — to create childlike scenes in which colour and blocky forms dominate. Despite this seeming simplicity, the artist is clearly drawing on expressionist, surrealist, and ethnic art in images that waver between Miro and Australian Aboriginal forms, images that are alive with word and phrase and overflowing with tint and hue.

Despite the bright infant-like images, there is a definite undercurrent to several of the works that speaks of philosophical questions and ambiguous responses. We are viewing this hypothetical world from a point that is distinctly outside it, yet its script and almost twee structures address us directly, leaving us with an unsettled feeling of not really understanding what seem to be straightforward images.

As a result, the works, which it would be very easy to write off with the traditional riposte of ‘‘a child could do this’’, seem to echo with a hidden depth that makes them somehow more complex than art which on the surface appears more ‘‘adult’’.