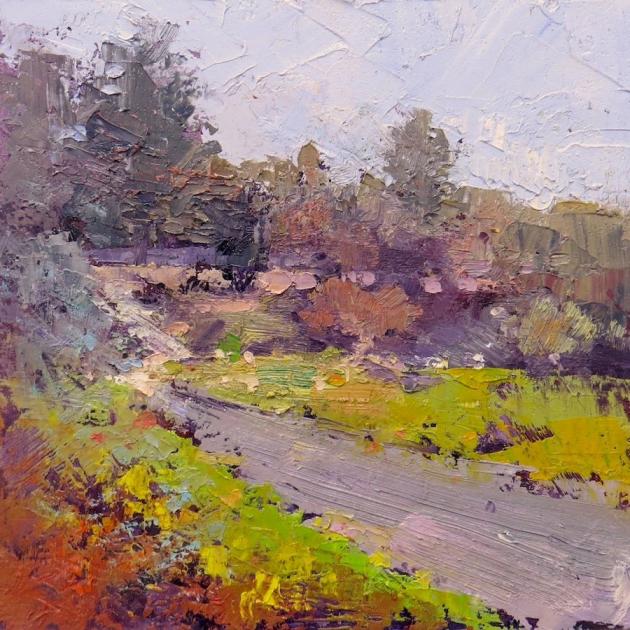 Francis Nicholls has produced a fine range of landscapes in ''First Impressions'', his exhibition at Moray Gallery.

The artist, originally born in North Canterbury, spent 15 years living and painting in Australia before returning to New Zealand a handful of years ago and settling near Dunedin. His time in Australia was well-spent, painting alongside some of the country's better-known artists and developing a strong, heavily impastoed impressionistic style.

Nicholls' usual modus operandi is to create pencil sketches of landscapes, from which he paints either en plein air or in the studio. In the current exhibition, finished works are presented alongside a group of these sketches, making it possible to examine the emergence of the finished images.

The paintings on display have been deliberately presented in uniform square and tall, thin canvases, both unusual formats for landscape paintings. Given their inception as graphite sketches, it is ironic that the finished works are overflowing with colour, with the tones and feel of the land being as important to the finished images as the actual details of the scene. One particularly striking feature of the works is that a distinctly Australian colour palette has crept into several New Zealand scenes, rendering them surprising in their intensity. 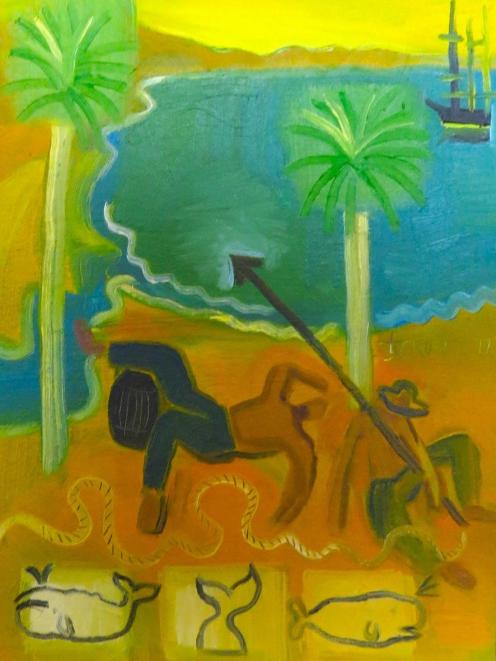 It seems surprising that in the 13 years since Lindsay Crooks' death there has not previously been a retrospective of his works in Dunedin.

The Brighton-based painter, best known for his bright, joyful beach scenes, was a major player in the Dunedin art world, and his works are highly regarded.

Until the current display at Koru, however, there has not been a show dedicated to Crooks' art in the city, and it is a joy to see a large array of pieces in this exhibition. Through viewing of a large group of works such as this it is possible to fully grasp the repeated motifs and above all the influences which went into creating Crooks' paintings.

The images have a graceful fluidity of line, and an overwhelming sensuous, energetic colour palette. The influence of fauvism, and especially the work of Matisse - hinted at when individual works are seen - becomes strikingly clear when the paintings are presented en masse.

Crooks had a fine eye for what makes a picture, presenting seemingly mundane scenes such as two workmen and a ladder as a study in composition.

The seemingly haphazard collection of individuals and objects in a work such as Shark Bell is another such study; remove any individual item from the painting, and it would be less effective. 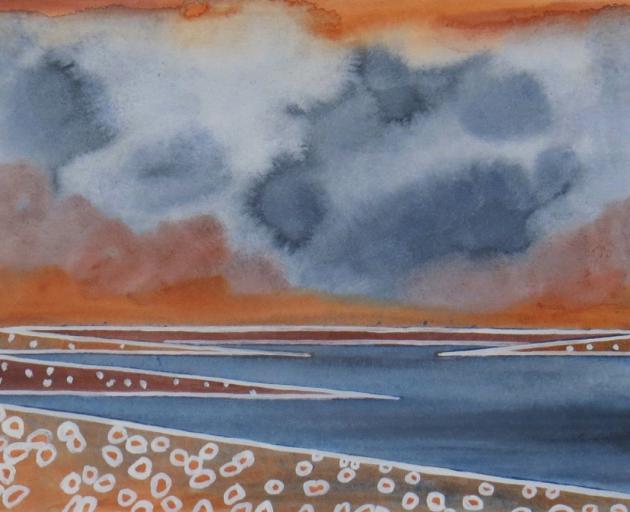 As mentioned in last week's column, there are currently several exhibitions of Marilynn Webb's art on display in Dunedin. One of these is at the Inge Doesburg Gallery, which is graced by an array of older works, alongside two large new pastels.

The one thing which shines through in the exhibitions is the fact that Webb, while a master of several different media, has a signature style that is capable of shining through whether the work is a print, a watercolour, a pastel, or some combination.

The stylised steep mountain slopes and broad expanses of water under amorphous, blotched skies speak of an intense connection between the artist and the land in which she works. Even in the more abstractionist ''river'' and ''protection'' series, with their enigmatic circular motifs, there is a strong sense of place and belonging.

In the exhibition at Inge Doesburg Gallery, it is the broad, white-lined river valleys which hold centre stage, with fine, evocative images such as The Umbrellas and the Pomahaka River and Summer Storm and Wildflowers, Lake Mahinerangi. Another stand-out work is one of Webb's black images, with ghostly grey mountains standing tall amid green hills under a brooding ashen sky.