"<Bright Cave>" transcends boundaries between artist and materials to ponder the materiality of art in a world of ecological chaos. Through several loosely-related works, six artists analyse the interconnectedness of humans and nature, creativity and creation, tangata and whenua.

The exhibition's title reflects Plato's analogy of reality seen as a shadow on the wall of a dark cave. In these times of ecological crisis, we have to leave our gentle fantasy to face the stark reality of the world and reassess our place in it.

The exhibition is, in my mind, bookended by videos by Parkes and Songsataya. In the former, a child plays on a beach; in the latter, a rainstorm is viewed from beneath a pane of glass. Just as the child has fun grasping sand, so too humans enjoy their tiny attempts to ''grasp'' nature. The rain hammering the glass, however, makes it clear that the real power of nature is not so easily tamed. 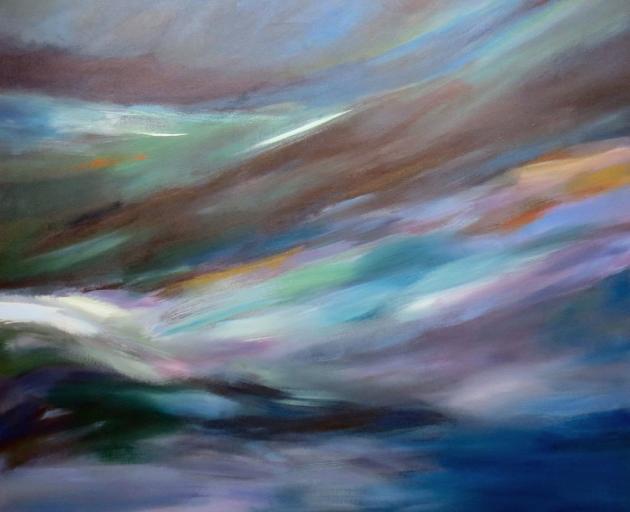 Angela Burns' exhibition ''Painting a Garden'' attempts, in the artist's own words, to ''[reflect] on seasonal changes of colour and contemplation in a garden''.

Inspired at least in part by gardens at Aurum Winery in Lowburn, the artist has focussed almost exclusively on colour and, by doing so, has created a series of works which veer between pure impressionism and pure abstraction. Form frequently disappears, replaced by a sheer wash of hues.

The artist has used several different media - oil, acrylic, and water colour - but the approach has been largely the same across the works, resulting in a unified series of images.

Where there is major variation, it is the result of the subject matter. Around half of the works bring a soft impressionistic focus to brightly coloured blooms and seasonal leaves, creating profusions of strong yellows and reds in images such as Autumn Vines I and Poppies in Spring.

Other works rely more on the subtleties of the hues, producing meditative works in which the actual subject is less important than the effect of the flowing tones. This is noticeable in works such as the two Approaching Autumn pieces, and even more apparent in the deep blues and greens of Garden at Dusk and Garden Lights. 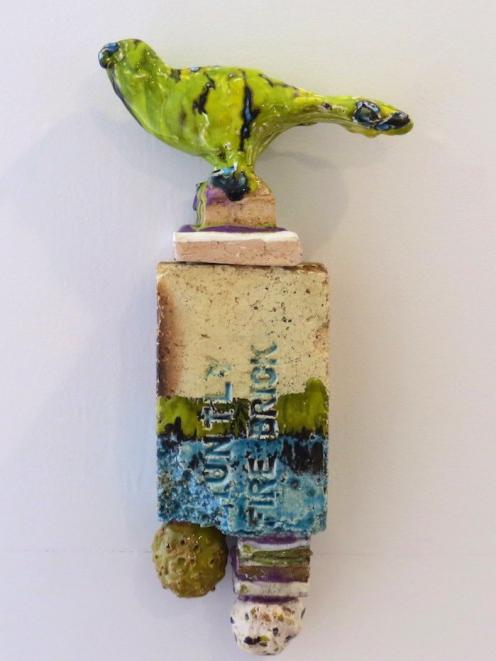 Ig the exhibition's title was not hint enough, one glance at the works in One Careful Lady Owner will reveal an exhibition with more than a touch of whimsical humour at Eskdale Gallery.

Madeleine Child has taken a simple idea and made something special of it. Her exhibition consists of created and found ceramic items, in the form of small birds sitting on perches. The works, which are separate, become a mix-and-match of avian and plinth, each possible combination producing a new unique effect.

The birds in the exhibition - all seemingly casually and superficially named (Perky, Pretty Boy, Gladys) - are hand-made, brightly coloured and fiercely glazed. The perches, on the other hand, are largely formed from found objects - mostly half bricks, which have been painted, glazed, and added to with individually shaped clay pieces attached with bright purple Egyptian paste.

The effect, initially, is one of surprise, but surprise laced with a humorous appreciation for the works. The obvious brickwork places these caricatures of birds squarely in a real work setting, making them seem out of place and completely at home. Without the artist's skill, the pieces could have turned out as kitschy and ugly, but thanks to Child's humour and work they are attractive if unusual decorative pieces.