In the video, we see a group of friends driving aimlessly around a city at night. Figures loom in and fade out of the deep red that surrounds them. The group has a party-like spirit, but also an overall restlessness. If their paradise is out there, it is elusive, as declared by one of the group's cry of "Where are the hot people in this city?"

While ostensibly showing friendship within a queer community, the theme can be extrapolated to refer to any minority group. There is an angst among adolescents and young adults in any group regarded as outsiders by society, and an accompanying strength of kinship among members of the group.

The video displays both these features well, its one line of dialogue acting as a cry of frustration at society and life in general. Though the psychological "closet" of outsiderness may have gone, reaching out to others still remains a problem.

The one slightly disappointing feature of the video display is its location. The low-key video has to compete with reflections of daytime Moray Pl, and loses some of its impact as a result. 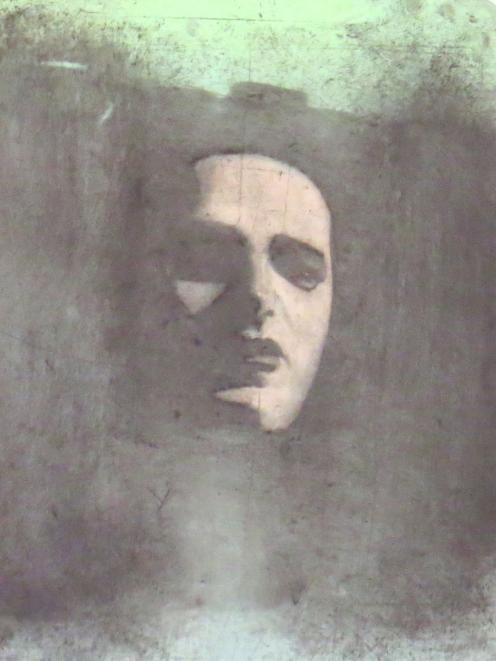 Jason Greig returns for his annual show at Brett McDowell Gallery with a series of stylish monoprints, many of them embellished with painted ink.

Greig's distinctive style, drawing heavily on the darker end of symbolist art, always has an antique, somewhat gothic feel. The current display is no exception to this theme, with character-filled faces standing stark against solid backgrounds or looming from a misty darkness.

Where the current exhibition differs from previous displays is in the intriguing use of colour. Metallic tones of gold and silver are plentiful, the latter in particular adding to the antiquated feel and bringing forth evocations of silver-plate photographs. Pastel greens and rich, deep reds bring life to works such as Bloodline, with fabric marked out in bold colour. The fabric markings in this work and, more notably, in Zardog III, add a new, experimental element, with the deliberate use of suffused blobs of dark and light tones.

As always, Greig's print-making skills are excellent, as is the artist's eye for what turns a simple portrait into a study of personality. The lined faces of Zenarkis and Veteran Messiah (the one charcoal work on display) and the unnerving gaze of Daughter of Destruction speak volumes about the characters portrayed. 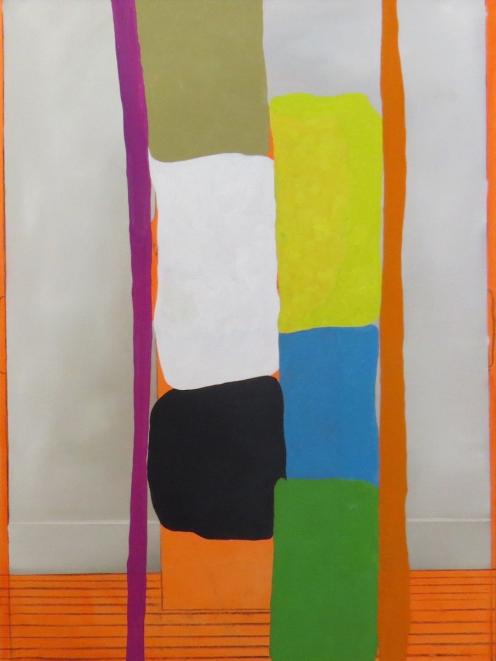 Michael Greaves' exhibition at Olga appears at first sight to be a collection of bright abstract works, each containing several large fields of solid colour.

This initial feeling is deceptive; although the works are predominantly abstract in form, most of the paintings give clear hints that there is more on show. Hints of representationalism pervade many of the pieces; we see distinct backgrounds of window frames, work benches, and above all the sloping boards of a wooden floor. The abstract blocks of colour loom above these, challenging us to accept that they are real objects in a real space. In the artist's repeated painting and erasing of layers, he has added depth and texture to the works, both in terms of their visual appearance and their intrinsic meaning for the artist (and, by extension, the viewer).

It is no coincidence that Greaves' titles and notes reference a legendary contest between two ancient Greek painters, each vying to outdo the other with the realism of their art. Greaves delves into the metaphysical realms of exploring what is real and what is an illusion, inverting Magritte's famous declaration that a painting of a pipe is not a pipe. In Greaves' image title I make paintings, and paintings are things, he could easily be directly responding to Magritte's statement.