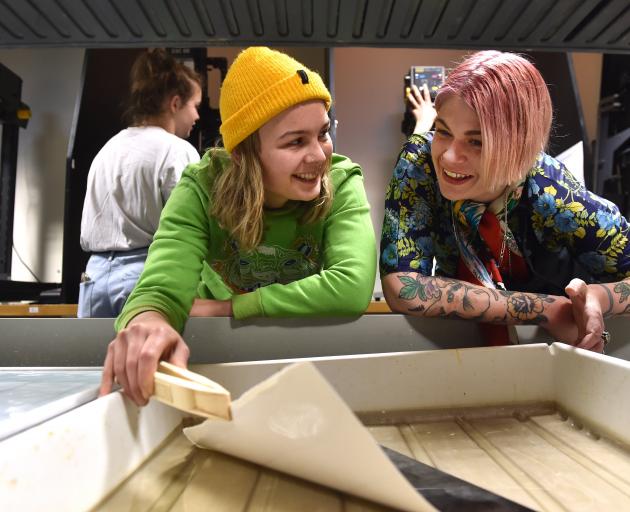 Rachel Allan (right) talks to first-year photography student Imogen Salvage (21) in the dark room at the Otago Polytechnic Art School. Photos: Peter McIntosh
With a fierce love of animals, Dunedin artist Rachel H. Allan stretched her emotions to breaking point for her new exhibition. She tells Rebecca Fox about how animals are seen as disposable.

Photographer Rachel H Allan has hidden from mountain lions at an abandoned Los Angeles zoo, sat palm to palm with the oldest orangutan in captivity and surreptitiously photographed specimens at the world's leading parasite museum.

And with each visit to zoos and enclosures in Amsterdam, Japan, Germany, France, the United Kingdom and the United States over the past three years, Allan has lost a little bit of herself. 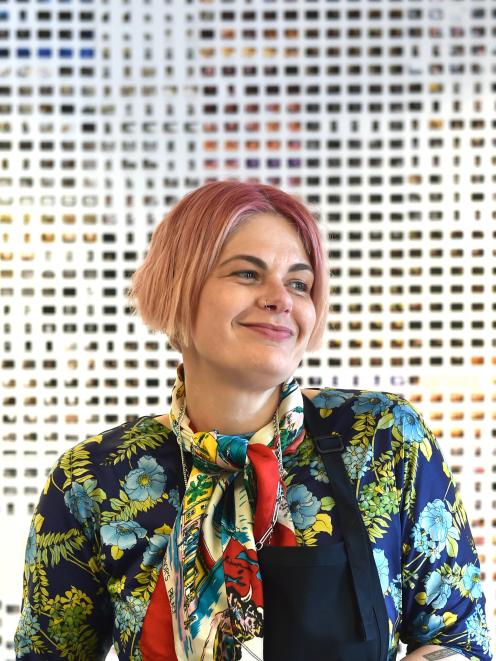 Rachel Allan with her beloved Linhof press camera, which is the main tool of her trade.
''To make this series I had to become somewhat detached. I find zoos both repulsive and compelling and quite often had to shoot while tears ran down my checks and fogged up my glasses.''

She also found herself in an uncomfortable moral position as an animal lover.

''I was kind of stuck; if people don't visit zoos, the institution can't afford to look after and care for the animals properly, but if you do go, you are also supporting something that is morally wrong.''

Despite riding an emotional rollercoaster she kept going determined to highlight humanity's ''fascinating'' relationship with animals in her exhibition ''Inbred & Spoonfed''.

''Humans have a fascinating relationship with animals. We share our homes with them and we cage them, we view them as entertainment and we consume them. These works expose the neatly packaged way in which we view these creatures.

''My tableau featuring man-sized skinned badgers and headless quarantined specimens considers what we will be left with as our species continues to consume all at an alarming rate. If humans do indeed see animals as surrogates of themselves, as proposed by Arnold Arluke in Regarding Animals, what does that say about us?''

She finds zoos to be depressing places.

''Underneath all the flash and conservation talk they are all the same.

''Ultimately, children and adults are always disappointed by animals sitting listlessly in enclosures and I have heard ''Is he dead?'' being uttered in many languages.''

Then there are the ''museums, packed full of corpses, are the marble tombs that hold the evidence of our perceived dominance''.

''The stuffed fridges and pet stores confirmation of this.''

Allen has always loved animals, and is the proud owner of two dogs and three sphinx cats.

Rachel Allan’s Inbred & spoonfed
''But I don't want my work to read as a sermon. I love animals, I surround myself with them, my body is covered with drawings of them. I see these photographs as a monument to them.

''I don't make happy pictures and I am OK with that.''

Her interest in art and photography grew out of being an only child with an active imagination.

''I remember lying in bed next to my grandmother being convinced that I saw 'Christina' move in that famous painting called Christina's World, by Andrew Wyet.''

She describes herself as a melancholic child and spent a lot of time thinking about the past rather than the future.

''For some reason, I always thought I was a twin and that I would find evidence of this in a dusty old album hidden in the crawl space - I never did. However, the longing and melancholia has never quite dissipated.''

Her first experience of wet photography was at high school where the darkroom was a cupboard next to the boys' toilet.

''It had no running water, no ventilation and we used to take ciggy brakes between exposures. Looking back, it was really dodgy, but it fuelled an everlasting love of photography and art.''

When she left school, Allan used a lot of energy ''doing what other people thought I would be good at'' rather than doing what she wanted to.

''As contrived as it sounds, art school chose me, really. I tried lots of different things, but nothing really felt right.''

She had always taken photographs and made things, performed stories and written poems but art school helped her feel comfortable with who she was.

''I often say photography is my mistress.''

Photographs have always been important to Allan because they are tangible evidence of ''our existence''.

''Photography is unique because it is ubiquitous. It is everywhere, it is a form of control and a life-shaping development. It is sometimes extremely powerful and extremely eloquent, but it can also be vicious and violent.'' 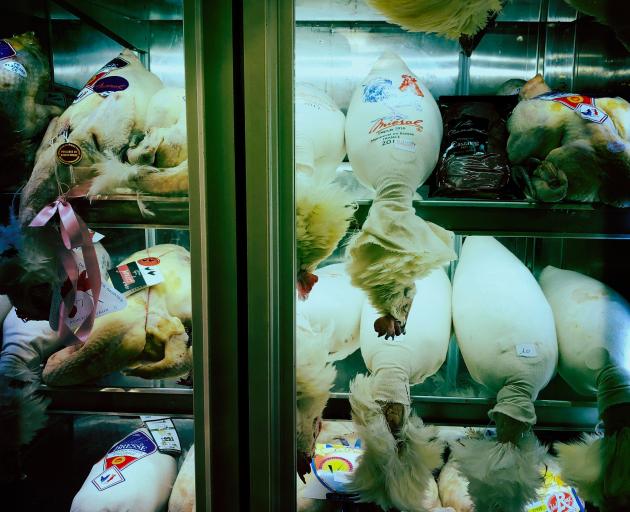 Allan believes photography has become non-human and has moved away from the human-centric view, although it ''consistently reminds us of our inevitable death''.

While she uses whatever device is needed to capture an image, her favourite is a Linhof press camera from the 1940s.

''[It] is a hefty old lady that I use mostly for my wet process work; the tintypes and ambrotypes, the 19th-century, chemical heavy stuff.''

When she travels, or wants to be unseen, Allan tends to use a camera phone.

''I am interested in how particular apps mimic film stocks and lens and the associated nostalgia that is linked. My photographs and research reflect this.''

She used to be concerned about the longevity of wet photography as lots of darkrooms closed, film manufacturers discontinued lines and stalwarts of the wet camera picked up digital ones.

''But digital's strangle-hold has lessened and it is no longer the threat that I once saw it to be.

She found her niche at Dunedin School of Art where she completed her master's degree with distinction in 2013 and ''never left''.

''I get to be present in people's lives and share knowledge and skills. It sounds corny, but teaching never feels like work.''

Allan has successfully combined her teaching and art practice, having a solo show in New York presented by Wallplay and she was a finalist in the International Renaissance Photography Prize in 2016.

''But I suppose being asked to show at the Dunedin Public Art Gallery in ''Ridiculous Sublime'' is what I am most proud of. It is hard to get recognition in New Zealand and my work tends to get a better reception overseas.'' 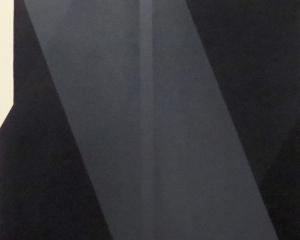 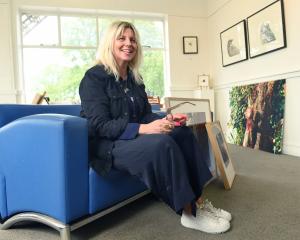 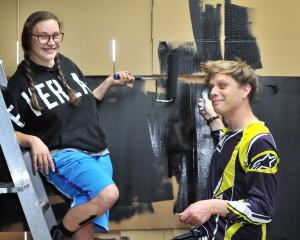