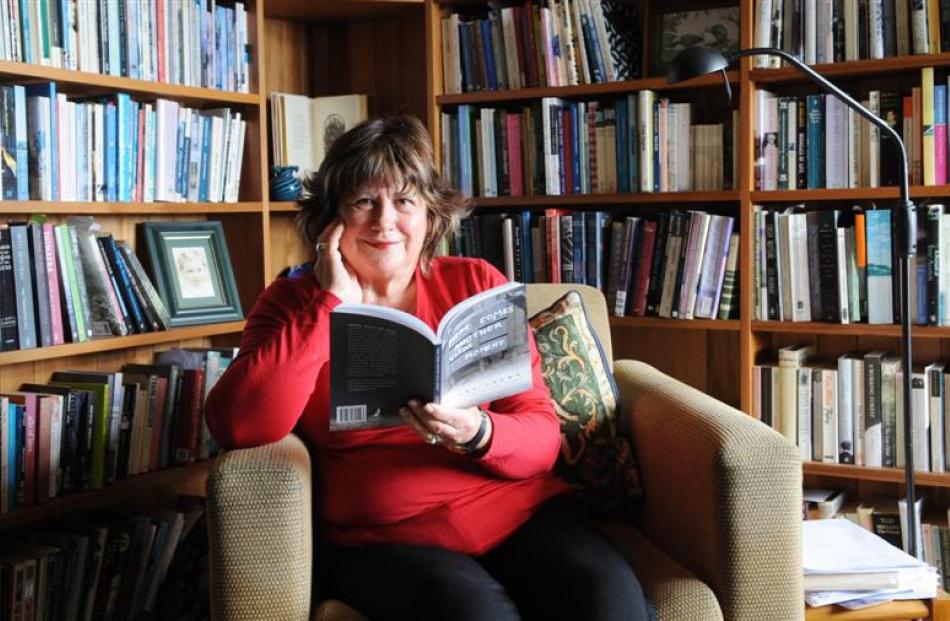 Dunedin-based poet and novelist Diane Brown plans to use the prizemoney from the 2012 Janet Frame Memorial Award to write a new collection of poetry.

Brown picked up $3000 with the award, announced recently.

The biennial Janet Frame Memorial Award is offered by the New Zealand Society of Authors (NZSA) from a bequest provided by The Janet Frame Literary Trust to help a mid-career or established author further their literary career.

''I am very pleased to get it,'' Brown said of the award.

''I am intending to work on a new collection of poetry, which is a marginal form, so any support for that is very welcome.''

This year, the award was hotly contested by a sizeable list of applicants, judging panel convener Chris Else said.

Brown said her new collection would have a family-based theme and the title Taking my Mother to the opera.

''What the award means is that I will not start teaching again until almost the end of February and I can spend that time without having to worry about an income ... spend my time getting this collection together.''

''The reality is for most writers that you cannot make a living writing full-time, especially as a poet or a novelist,'' she said.

With Creative Writing Otago, Brown teaches both in the classroom and online, which together makes it feasible, she says.

''There are lots of people who are really keen to do creative writing and want to do it with me. So I think it will go well, but it will not make a fortune,'' she said.

Brown has previously published poetry collections and novels and her writing has appeared in Landfall and the NZ Listener. Brown has won writing competitions in New Zealand and the UK. Before the Divorce We Go To Disneyland (1997) won the NZSA Jessie Mackay Best First Book of Poetry Award at the 1997 Montana New Zealand Book Awards. 8 Stages of Grace (2002), a novel written in verse, was long-listed for the Deutz Medal for Fiction in the Montana New Zealand Book Awards 2003.