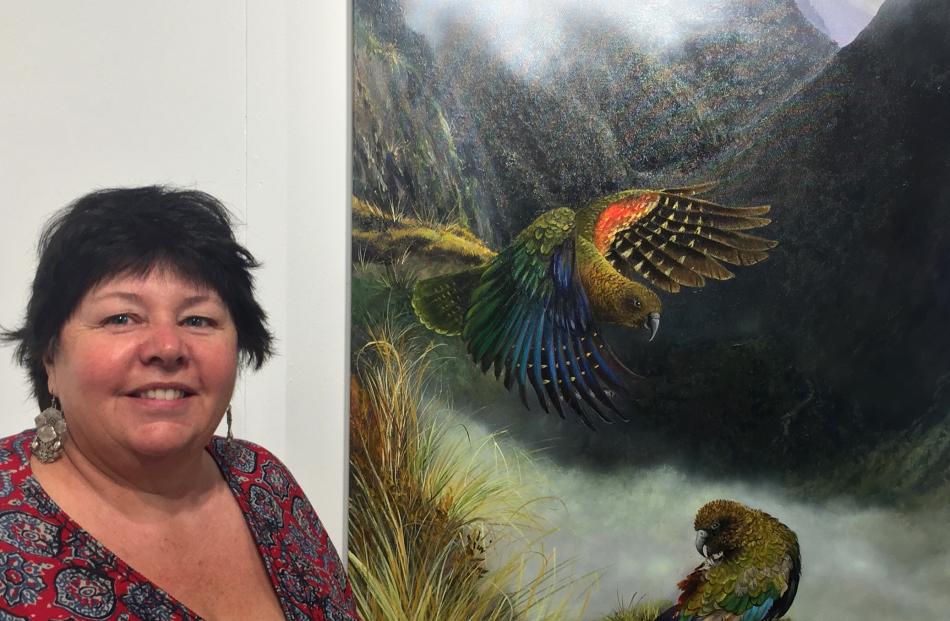 Tania Jack with her painting Keas at McKinnon Pass. Photos by Sarah-Rose Cassidy. 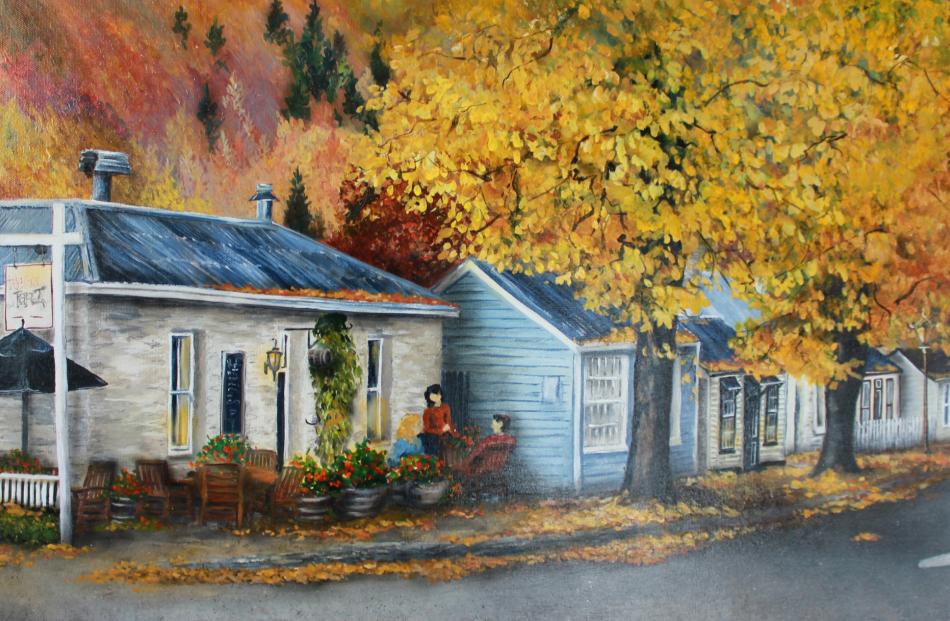 A lifetime of her art taking the back seat is well and truly over for Otago artist Tania Jack. On the eve of her first solo exhibition she tells Rebecca Fox about the changes in her life.

No matter what Tania Jack tries, she keeps ''snapping back'' to painting realistic landscapes and animals.

Her efforts to try something new have not been half-hearted: she studied creative art for two years in an effort to expand her artistic horizons.

''Last year I wasn't able to do anything, but experiment with materials.''

The two-year course challenged the way she saw painting, but in the end she realised she needed to find a balance that worked for her.

Her determination is rooted in change: her children growing up and leaving home, and a marriage break-up all conspired to help her make a new start.

Jack has recently moved from Arrowtown to the quiet of Hampden, saying the rapidly-changing Central Otago town bears little resemblance to the place she grew up in.

''Hampden's less of a rat-race. A lot of long-time residents of the Lake District are disillusioned. It's not the place we used to love.''

Despite the move, her first solo exhibition is in the Lakes District Museum and Gallery.

Organising an exhibition is a new experience but she is looking forward to the outcome.

Jack has always painted, but it was not until she was inspired by the English countryside when living in the United Kingdom that it became more serious.

''I started to paint gate houses and cottages and I seriously got into it.''

That developed into studying for a multimedia degree in graphic design in Scotland.

She also took art classes in the United Kingdom, but it was not until her marriage broke up that she decided to paint full-time.

''I've never really had that opportunity.''

Motivation for much of her work, which features New Zealand's wildlife and landscapes, comes from nostalgia for the ''way of life we Kiwis have grown up to expect and is changing so rapidly that many don't see it happening'', she said.

Her exhibition, ''Treasures of New Zealand'', reflects her concern for how the country's native birds are under threat and the collateral damage of poisoning programmes.

As well as painting, Jack also illustrates books, which she quite enjoys, especially when she is able to let her imagination run wild.