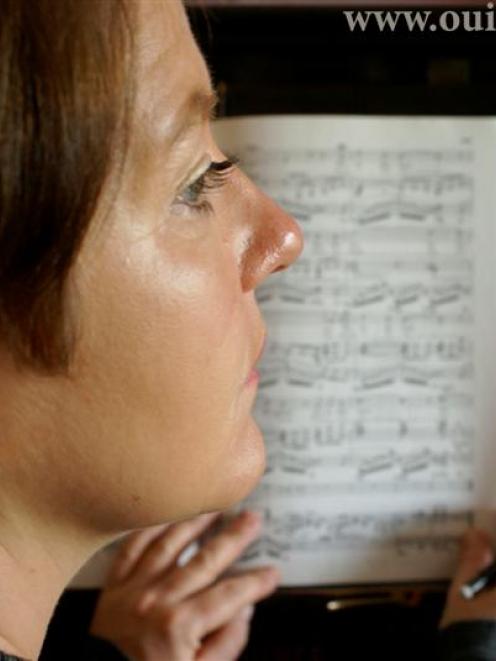 Lois Johnston says early music is all based on dance rhythm, which was one of the things that attracted her to the period. Photo supplied.
Lois Johnston loves telling a story through song.

She will be singing in a concert during the early music festival, performing solos and duets with countertenor and festival organiser Christopher Clifford. Johnston always felt the pull of music and when she was a child she wanted to dance, she says.

''Dancing didn't work out for various reasons but when I discovered I could actually sing it was like 'Ah, this is what I'm supposed to be doing!' I've known since I was 12 or 13 that I wanted to sing,'' she said.

Of Scottish descent but born and raised in Manchester, she studied music at Glasgow University and was steered towards early music because it suited her voice at the time.

''I just loved it. It's all based on dance rhythm and I think that's what really attracted me to it because I really wanted to dance when I was a youngster. All those baroque melodies are based on baroque dances: those dances where they come to the middle and meet with their hands and take three or four paces back, a very formal kind of dancing.''

By working on her technique she found she could produce a lot of volume and started to sing in opera, which she did for about 10 years. Then she and her partner emigrated to New Zealand about seven years ago for the lifestyle.

''I was working away from home as a singer and not really spending quality time with my partner because I was away all round Europe doing this, that and the other.''

They had planned a three-month holiday in New Zealand but it turned into a move when they found they had enough points to immigrate. Her partner, formerly a chef, discovered he loved farming and they now live on a dairy farm near Hinds in Canterbury, she says.

For her, the move meant becoming more versatile and finding her own work. She teaches the Canterbury Cathedral choristers singing, and from time to time some of the adult singers. She met some good baroque players and now belongs to several groups, including Canterbury Baroque, which she founded with trumpeter Bruce Roberts, sings Renaissance songs with lutenist Dr Jonathan Le Cocq, and sings with the Fire Season, a Celtic folk and early music group. She also does solo work and late last year sang in the City Choir Dunedin's Messiah.

Diversifying to so many styles of singing is no problem with good training and technique, she says.

''Once you have a classical technique you can pretty much do anything you want with your voice because you really understand how it works. In the last folk concert I sang a Bulgarian folk song and that's really different, a different way of producing the voice altogether.''

Singing is all about breathing and how you make the voice resonate. Grand opera requires the voice to resonate to its absolute capacity using a lot of breath, which creates the big sound that can carry over a full orchestra, she says.

''You use exactly the same technique for early music which doesn't have a huge orchestra usually, so the singing doesn't have to be a hugely projected. Early music is much lighter, delicate by comparison. It's so diverse and different from anything else.''