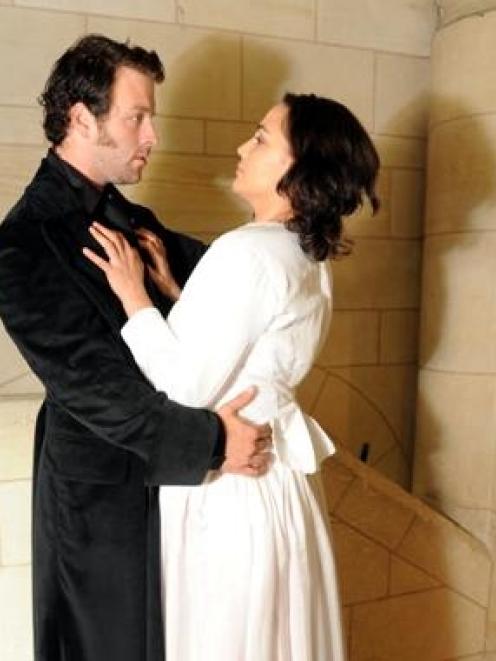 The dark, passionate story that is Wuthering Heights has been emotionally draining for actors rehearsing for this month's Fortune Theatre production.

Tim Foley and Anna Henare say the intensity is partly to do with the story's setting on the remote Yorkshire moors.

Isolated from regular society, the characters behave in a less civilised, more savage way than their peers as they deal with their grief, passion and jealousy.

"Imagine any emotion you've ever had and make it extreme, unchecked and uncensored," said Foley, who plays the rough, uneducated Heathcliff.

"If you love someone, you grab them and tell them you love them.

"And if you hate them, you damn well express that."

On a more prosaic level, Henare admits she has "never been so knackered" going home from a rehearsal.

"You get done all the things that absolutely have to be done, then learn some lines till you fall asleep."

A compelling tale of passion, rivalry and revenge, Wuthering Heights is, according to director Lisa Warrington, one of those stories you have either known and loved since childhood or have only heard of through the 1978 Kate Bush song.

The novel is a saga of two Yorkshire families and the growing obsession between the wilful Cathy and the "gypsy-brat" Heathcliff, brought to live with the Earnshaw family by Cathy's father.

One in spirit but social unequals, Heathcliff and Cathy are gradually torn apart by the forces that surround them.

After Cathy's marriage to neighbour Edgar Linton and her early death in childbirth, Heathcliff dedicates his life to wreaking vengeance on those he holds responsible, with tragic results spanning two generations.

A poll in the United Kingdom saw it named the best romantic novel of all time.

Author Emily Brontë grew up in Yorkshire, where the word wuthering is used to describe the fierce winds that blow across the moors.

Educated at home by her father, she first published the book under the pseudonym Ellis Bell, to avoid a widespread prejudice against women writers.

Despite being published in 1847, the story remains relevant today, according to Henare, who plays Catherine (Cathy) Earnshaw and her daughter, Catherine Linton.

Now, as then, people lead complicated lives, have intense relationships and judge others for not having money.

The story is also about young adults making big decisions and living with the consequences, she says, adding Cathy has to decide if she will stay with Heathcliff, who is "a bit rough around the edges".

"There comes a time in puberty when you decide, 'Do I stay with those friends or try to better my social standing?

"Do I want to hang with the cool crowd and the rich people?' Our characters are facing those decisions."

Now considered a classic of English literature, Wuthering Heights was initially criticised because of its stark depiction of mental and physical cruelty.

While the characters might do what seem like horrible things, they have strong motives for it and the actors have to bring out those motives, Henare says.

Only then will the audience gain some understanding of who the characters are and actually care about what happens to them.

"Heathcliff is the underdog and treated badly.

"You expect from movies and books that the underdog struggles through adversity and then becomes a better person.

"But really, why should he turn the other cheek? Everyone else is so horrid around him."

"That was a big thing for me," added Foley.

"Not just reading the book and going, 'Hell, Heathcliff's so awful to people all the time.'

"It's the same with Cathy.

"This play should make people question things," he said.

Foley acknowledges it is difficult when involved so intensely with such characters to avoid being in a bad mood at the end of the day: "But you find ways to let go after rehearsal.

"You have to or you'd be depressed for the entire seven weeks you were rehearsing and performing the play."

"At times, Henare has been moved to tears.

"The emotion comes just from speaking the words because we don't speak that way any more.

"We've shortened [our vocabulary] to 'text-speak' and that language is so detailed and rich.

"It has the ability to fully express and encompass what you feel or what you intend or what you want."

The story also deals with the idea of love beyond the grave, she says.

"Heathcliff and Cathy eventually come back together in the afterlife.

"And I think some people want to know that is possible."

Here in the real world, the actors have also had a reunion of sorts.

The pair acted together at Dunedin's Logan Park High School under the guidance of drama teacher Denise Walsh before going their separate ways.

Foley studied theatre at Otago University and then went to drama school in Wellington, while Henare spent a decade studying and performing in the United States.

The friends met again on the set of Shortland Street a few years ago when Henare played a hard-nosed detective who suspected Foley's character, Dr Mark Weston, of being involved in a series of murders.

More recently, Foley had small parts in the fantasy TV series Legend of the Seeker and the raunchy Roman series Spartacus: Blood and Sand, and was production co-ordinator for the New Zealand-made whodunnit I'm Not Harry Jenson.

His last time on stage was in the Fortune production of Emma a year ago when, the pair joke, he sported sideburns easily visible from the back row.

Henare was imprisoned wife Bertha Mason in the Fortune's 2008 production of Jane Eyre and will play the three main female roles in its next show, The 39 Steps.

Both are happy to have returned to Dunedin.

"You come back and think it's actually a pretty cool town," Henare said.

"And you don't have to share it with too many people."

• See it
Wuthering Heights, also featuring Richard Dey, Sara Best and Simon Vincent, is on at the Fortune from April 10 to May 2. 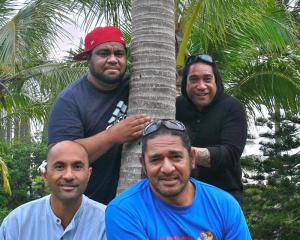 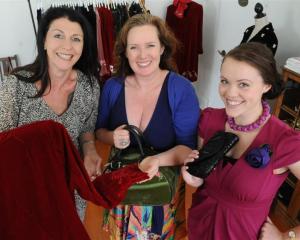 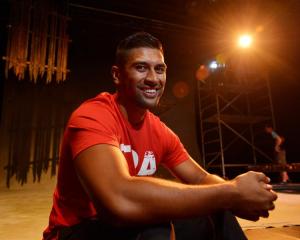 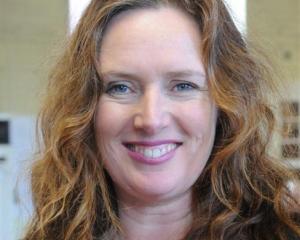