Author searches Asia and Europe for origin of noodle 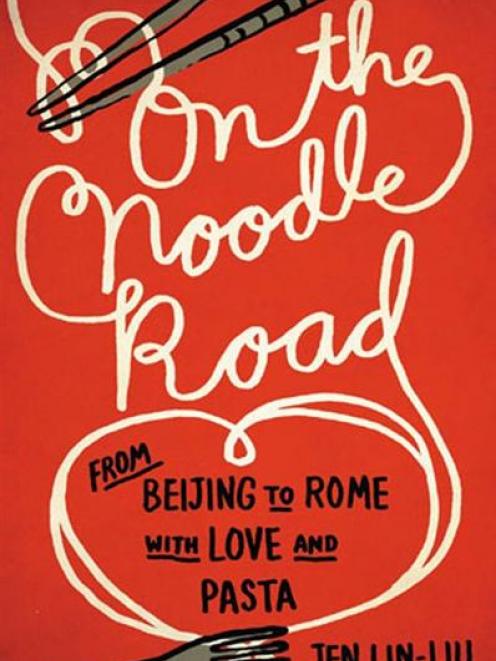 Pasta, noodles, dumplings, wontons, ravioli, whatever you call them, dough strips filled or plain, boiled, steamed or fried and often served with a sauce, are eaten from China and Japan to Turkey and Italy.

American-born Chinese food writer and Beijing cooking school proprietor Jen Lin-Liu decides to follow the noodle road across deepest Asia to Europe, in search of the origins of this almost universal food, and records her travels, research, the people she meets and their recipes, interspersed with the effects the journey has on her and her relationship with her new husband, who joins her on parts of it.

Initially, she wonders if noodles travelled the Silk Road or crossed Asia with the invading Mongol hordes, or if they originated independently in Europe, but comes to the conclusion that there is no conclusion.

On the way, we join her in private kitchens from western China, through Kyrgyzstan, Uzbekistan and Turkmenistan to Iran, Turkey and Italy.

Most of the journey is through Muslim areas but in the women's domain of the kitchen headscarves come off and they talk relatively freely about their food and their lives.

With new eyes, Lin-Liu comes to appreciate her own, freely chosen marriage to fellow American Craig and the economic freedom she enjoys, compared with the restricted, tradition-bound lives and hard work of many of the central Asian women in patriarchal societies.

She had worried about straddling two cultures but comes to realise East and West aren't so different after all.

''It occurred to me that the idea of the West was as much a construct as the concept of the Silk Road, and it was only a lingering Orientalism that kept our ideas of Asia and Europe so divided in our heads,'' she writes.

She finds similar dishes in neighbouring countries that have evolved with local flavours, ingredients and customs.

Dishes evolve with each person who makes them and calls them theirs. Fusion food comes from decades of cross-pollinating cultures, rather than celebrity chefs, she says.

''That was another reason why it was difficult to determine where noodles had begun. Like a guest from a distant land, they had been welcomed into far-flung homes and assimilated into kitchens, melding with different flavours from East to West.''

The Noodle Road is an enjoyable, often enlightening book, and the recipes at the end of each chapter enable the reader to taste some of the dishes for themselves.