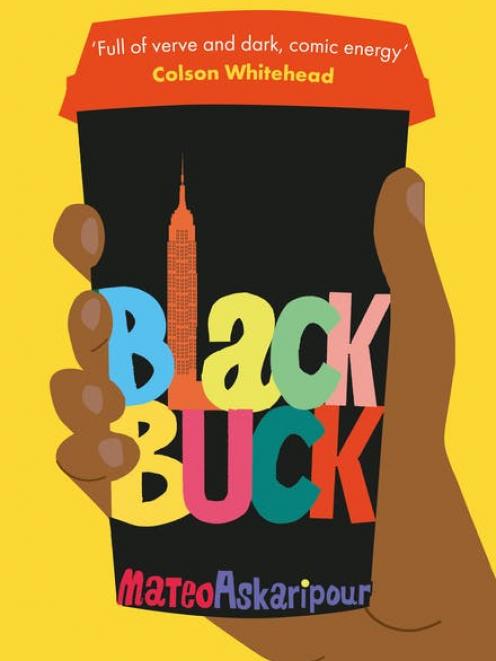 What happens when you teach a black man how to sell?

According to Mateo Askaripour’s sparklingly satirical Black Buck, you not only show him the way into the American Dream, you empower him to bring other people of colour with him. But it is not at all clear that the American Dream is receptive to decolonisation and, as the novelistic author Buck Vender, salesman extraordinaire, says in his opening note: “[T]rue freedom, the kind where you do what you want without fear, comes at a cost”.

Of course Buck was not always New York’s greatest salesman. In the beginning he is not even Buck, but Darren;  an “attractive... taller than average [Black man with] skin, comparable to the rich caramel of a Werther’s original... so smooth you wouldn’t believe its not butter”, who lives with his Ma in a brownstone in a rapidly gentrifying Brooklyn neighbourhood and works as the HNIC (Head N.... in Charge) in a Park Avenue Starbucks.

Although his mother is convinced he is a born leader, Darren knows that change carries the chance of failure and he repeatedly deflects her entreaties to further himself.

Indeed it is not until that opportunity, in the form of Rhett Daniels, forces itself upon him that he reluctantly grasps it. Rhett is the CEO of Sumwun, a tech startup selling personalised therapy to multinational corporations by connecting customers with mental health ‘assistants’ around the world and, convinced Darren has what it takes to be a first-class salesman, persuades him to join the firm.

The only black person in the company, Darren fortifies himself by embracing the persona of Buck Vender, ruthless hustler and throws himself into the excesses of corporate culture. Fame and money follow, with Buck single-handedly saving the Sumwun from bankruptcy on more than one occasion. But his obnoxious behaviour alienates him from his friends and family. Despite making amends by creating Happy Campers, a network of minorities helping their brothers and sisters infiltrate the World White Web of corporate America, enemies acquired along the way are determined to bring him and his people down.

Like all good satires, Black Buck hones familiar stereotypes to a sharpness that cuts to the bone: Buck is constantly compared to Black men (Malcolm X, Sidney Poitier, Dave Chapelle) whom he does not resemble. The conference rooms at Sumwun are named after spiritual texts and the work week starts with a motivational session that is equal parts religious ritual and extreme creative visualisation.

Happy Campers’ attempts to introduce diversity to the business world are countered by a group which, determined to defend white privilege against a ‘‘racist and discriminatory agenda’’ promotes itself by, among other things, auctioning homeless people of colour off to tourists. And the book is interspersed with self-help style homilies intended to teach you, the reader, how to become a salesman yourself.

Although written primarily for a black audience, Buck (and Askaripour) extend their invitation to all, asking the white reader to consider themselves ‘‘an honourary Black person’’ and exposing themselves to the humiliations and acts of micro-aggression faced by people of colour on a daily basis.

The end result, a cross between the 2018 movie Sorry to Bother You and Paul Beatty’s The Sellout, is searingly funny and discomfortingly honest. Laugh, empathise, recognise the truth behind the humour and Black Buck will have you sold.