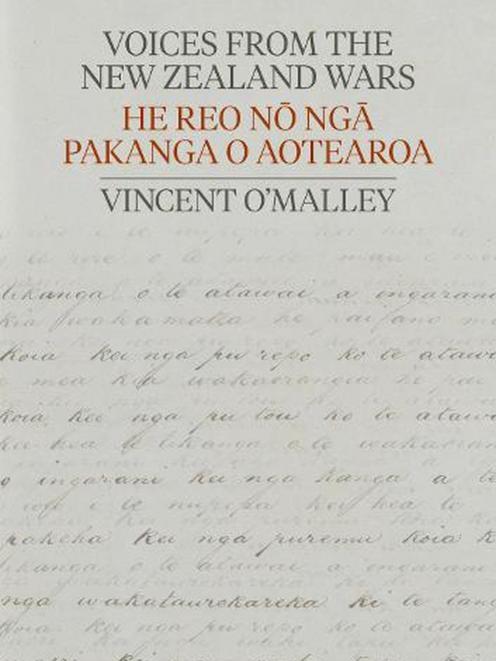 Interest in, and books about, the New Zealand Wars have burgeoned in recent years, and few authors have been as compelling on the subject as Vincent O’Malley.

Having examined the war in the Waikato specifically, and the New Zealand wars in general, in previous books, O’Malley has now delved into the compendium of source material used for those tomes for his latest book.

Voices is a collection of extracts from diaries, letters, official reports and newspaper accounts from people who witnessed pivotal events during the decades-long conflicts which comprise what are now called the New Zealand wars.

Some are well-known, others are published for the first time, but all are the authentic, and often unfiltered, perceptions of people who were there.

All are framed by a cogent and context-setting essay by O’Malley, helpfully footnoted, and judiciously edited.

He has also striven mightily to offer views from both sides of the battlefield, not an easy task when Maori were less likely to leave a written account than Pakeha.

Not only the great and good are represented, O’Malley has also located some valuable accounts from within the rank and file.

Almost every person whose written legacy features within is photographed, a powerful reminder that these are real people with emotional responses to their experiences.

The central premise to O’Malley’s works is that these colonial-era wars shaped the country we live in today, and Voices adds more grist to that mill.

Mike Houlahan is the Otago Daily Times political reporter: an ancestor fought in the Waikato campaign.