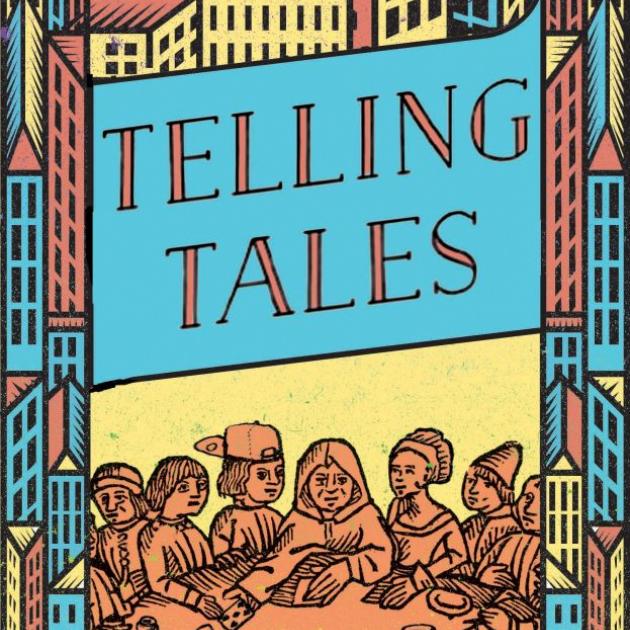 TELLING TALES<br><b>Patience Agbabi</b><br><i>Canongate</i>
William Blake wrote: ''Chaucer's pilgrims are the characters which compose all ages and nations: they are the physiognomies or lineaments of universal human life.''

Award-winning poet Patience Agbabi reincarnates the Canterbury pilgrims in contemporary, multicultural London - the hub and mixing pot of England now, as in Chaucer's day. The notorious Wife of Bath is back:

My name is Mrs Alice Ebi Bafa,
I come from Nigeria
I'm very fine, isn't it?
My father had four wives
so I've had five husband.
I cast a spell with my gap-tooth smile
an' my bottom power!

Gender boundaries dissolve, as Chaucer's Miller becomes a ''bolshy, big bi redhead'' barmaid, and there is a new take on the beast-fable as a dog narrates the Reeve's Tale.

Chaucer's medieval language is difficult for modern readers without training in ''Middle English''. Yet we have been well served by a variety of modern translations such as Neville Coghill's 1951 verse rendering, and Peter Ackroyd's 2009 prose. More radical reshapings include Baba Brinkman's The Rap Canterbury Tales (2006), Seymour Chwast's 2011 graphic novel (with pilgrims on motorbikes), and the 2006 BBC Television series of tales set in modern Britain.

Where next? Agbabi shows the way, as she transforms the Canterbury Tales in an outstanding poetic tour de force. As in Chaucer, each Tale is a new experiment in poetics. Harry ''Bells'' Bailey presents the ''Grime Mix'' Prologue, in hip-hop style:

On this Routemaster bus, get cerebral.
Tabard Inn to Canterbury Cathedral,
poet pilgrims competing for free picks,
Chaucer Tales, track by track, here's the remix
from below-the-belt base to the topnotch.

Memory Anesu Sergeant delivers her tale of Constance, betrayed by her conniving mother-in-law (now from Tyneside), in a seven-sonnet corona:

My son's a writer, aye, but he'll not write
to me, his poor old mam. I could be dead
these twenty years, sat in this chair, bone white.

Agbabi's pilgrims are aspiring writers and performance poets, on the road to literary fame (their patron saints Bloodaxe and Carcanet). Their self-penned ''Author Biographies'' are structurally as important as Chaucer's Prologue portraits, and a hilarious send-up. Yet if Agbabi is a satirist, like Chaucer she displays a warm empathy with her characters. Born of Nigerian parents in London, and fostered by a white family from an early age, while maintaining regular contact with her own parents, steeped in popular music and culture, and educated at Oxford, Agbabi is well-placed to explore English poetic heritage in a rapidly changing Britain.

Telling Tales is a sure-fire shortlister for the Costa Poetry Award.

- Greg Waite lectures in English at the University of Otago.