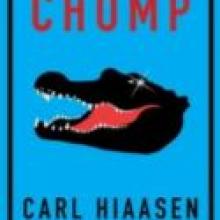 'Chomp', by Carl Hiaasen. Published by Orion.
Several established writers of adult fiction have tapped into a new market: children's books. Among them is Carl Hiaasen, whose Chomp reiterates a theme common to his adult novels, the destruction of the Florida Everglades. In Chomp, Wahoo Cray helps his dad, Mickey, an animal wrangler whose backyard is home to Alice the alligator, a sleepy python and a host of other creatures.

Unfortunately, Mickey was hurt when a dead iguana fell from a tree and teenage Wahoo is trying to keep his father's business ticking along while his mother is in China teaching English in an effort to pay the family's debts.

When a TV company wants to film in Florida and use Mickey to help with a show called Expedition Survival, Wahoo is overjoyed - but that's until he meets the star, a fake with an ego 10 times larger than Florida. They end up lost in the Everglades, chased by a crazy man whose daughter has joined Mickey and Wahoo.

A good tale for 10- to 13-year-olds, with lots of data about wildlife in the Everglades, including introduced animals that are threatening indigenous species. 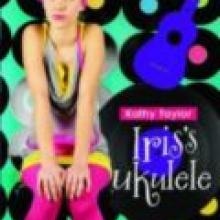 Iris's Ukelele by Kathy Taylor. Published by Scholastic.
With her best friend Sidney, Iris is writing a rap musical about vampires and werewolves, the first step to the mega-stardom she is sure lies ahead. When Sidney learns about a talent quest being held in a local shopping mall, he thinks it is made for them - and Iris envisages spending her half of the prize money on a new ukulele to replace the op-shop one her mum bought her.

Life is never that simple, though, and things go disastrously wrong for Iris and Sidney. The only one who is happy is Iris' widowed mum, who has met Paddy, the teacher of ukulele to Iris and Sidney's class.

A lively little story for 8- to 10-year-olds, especially those who dream of becoming masters of the musical universe.

When Delaney Maxwell is dragged out of the water after falling through the ice in a frozen lake, she is officially dead. Then, after being in a coma for a week, the 17-year-old begins to respond and soon is almost back to normal.

There is a bizarre after-effect, for Delaney seems to be drawn to the dying and is increasingly worried as to whether she is predicting death or causing it. 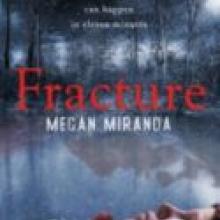 'Fracture', by Megan Miranda. Published by Bloomsbury
Meeting the oddball Troy Vargas doesn't help, as he seems to have a similar talent.

Whether Troy is using or misusing his odd gift is another issue for Delaney. Megan Miranda's Fracture is interesting and different, although marred by a slightly weak ending. 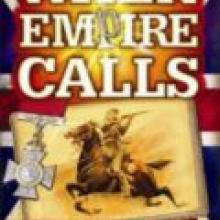 Determined to crush the Boers in South Africa, Britain called on the young men from its empire to fight. They paid £25, roughly equivalent to a year's wages, for their equipment and provided their own horses - which had to be left when they returned home - but not to respond was unpatriotic.

Off to the war in 1899 go two young men, Edward and Lionel, leaving their young brother, James, at home in Huia to help on the family farm and to assist Croaky Fred in the village store.

Through his brothers' letters, James learns some of the grim realities of war and how what they thought they had gone to fight was a myth. An extremely well-told story with an excellent factual appendix on New Zealand's involvement in foreign wars, When Empire Calls is a significant novel for readers 10 and up.

Headlice and worms are great topics for boys wanting to give other kids the creeps. 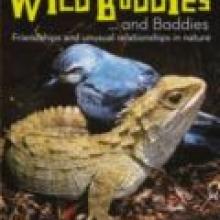 Native bees' resistance to varroa mite, the kereru's ability to eat poisonous karaka berries without harm and the bizarre native wood rose are among the fascinating facts in this beautifully illustrated little book - plus lots about worms and lice, too.