Echoes of today in stunning tale 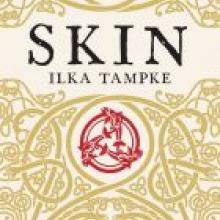 This stunning debut novel by Australian writer Ilka Tampke is set in the period (AD43) in British history when the native tribes are faced with potential Roman invasion.

Tampke has clearly researched deeply into this period in the lives of native tribes, which are embedded in a matriarchal spirituality and have profound understanding of and connection to the natural world.

A young woman, Ailia, brought into the tribe as a baby of unknown history, is ''without skin''.

That is, she has no tribe membership and can only carry out menial duties.

But Ailia is a young woman of extraordinary courage and intelligence.

Aided by ''The Mothers'', the mystical goddesses of the tribe, and a strange, shapeshifting young man, her intuitive qualities are encouraged, and armed with her knowledge she rises to leadership as the tribe faces the Roman onslaught.

As a picture of what might be called a primitive tribe facing a highly organised culture, rapacious and vengeful, it is a story that is not without echoes of recent and current world history.

• Margaret Bannister is a retired Dunedin psychotherapist and science teacher.