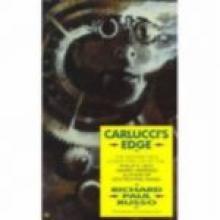 Much of my reading is dictated by what lies buried in the shelves of my favourite second-hand shop, and this year I chanced upon a one-volume edition of Richard Paul Russo's Carlucci trilogy.

Set in a sordid and sweltering near-future San Francisco, these loosely linked novels combine the dark vision of Blade Runner, a dash of William Gibson, and the best traditions of the police procedural to produce a vivid and shocking glimpse of a frightening and all too plausible future.

The slums of Russo's teeming city are packed with the poor and disenfranchised, those addicted to a vast array of pharmaceutical and technological stimuli, and members of strange and grotesque social cults.

Yet even here, where life is cheap and death an occupational hazard, good people continue to fight for justice where they can. It may be a cliche, but this was a book I really couldn't put down. 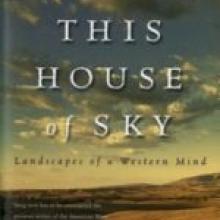 When a friend sent me Ivan Doig's memoir This House of Sky, I started reading more out of obligation than any real interest the life of an American writer of whom I'd never heard.

Within pages I was captivated by a story less about the author than about the three forces that shaped his life.

Raised on the Montana plains, following his father from ranch to ranch in search of work, Doig's upbringing was far from typical.

That he flourished is a testament to two people, his father and his maternal grandmother, mutual enemies who put aside their animosity to create a home for him after his mother's death.

The relationship between them forms the core of the story, overarched by the presence of the land itself; although I have never been to the American Midwest, it came to feel as familiar to me as the West Coast bush that defined my own childhood, and reminded me that identity is formed by place as well as time.

This book is hard to find but well worth hunting down.