Inside scoop on a master manipulator

Rob Kidd reviews Off The Record by Craig Sherborne. Published by Text Publishing.

But he is a brilliant character.

Words is a middle-aged journalist of the gutter variety, desperate to make the leap from the reporter’s desk to management. 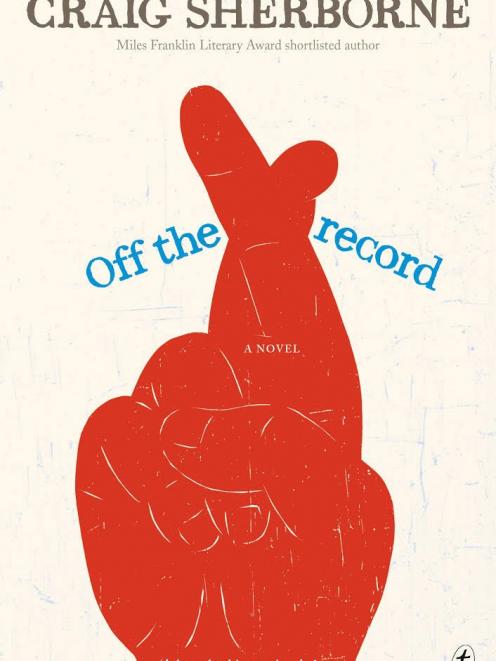 With a new job at crime-news focused website Pry, he begins to make his push for seniority, managing a team of rookie reporters.

Sherborne writes from Words’ first-person point of view; appropriately, since he is bothered about little other than his own life and reputation.

"I have gatecrashed funerals, linked innocent corpses to local crime syndicates. Or feigned empathy to the grief-stricken to make copy from their hard-luck stories. I enjoyed the kudos of my name beneath headlines on front pages and became used to the heartlessness as if blank inside," Words tells us at the outset.

It reads a little like an apology but, as we get to know our man, it is clear he is proud of his line of work, his ability to exploit the vulnerable and his apparent soullessness.

Really we should hate him, but there are redeeming features.

Behind the macho exterior, there is a vulnerability.Words’ career is in limbo.

Now he is responsible for a newsroom of junior journos, he is a little lost and they often bear the brunt of his frustrations.

In the background, Words’ relationship with his wife is in decline after he confesses his unfaithfulness. His teenage son Ollie is caught in the crossfire of his feuding parents.

Words does not exactly follow social etiquette when it comes to repairing a marriage and maintaining a relationship with a child.

He is wildly determined to worm his way back into his wife’s heart but his internal monologue reveals he is not driven by love. What matters to Words is success, winning, getting what he wants.

Reconciliation with his family becomes just another game he throws himself into, haphazardly breaking rules along the way.

He is a terrible person but somehow you find yourself rooting for him.

It is  a tribute to Craig Sherborne, who has created a character embodying all that is wrong with journalism, yet made him human enough to be likeable.

It is grounded in the humour  the author employs.

"I’ll say this about living alone: you can walk about naked, spared your beloved’s eyes. Don’t need to find somewhere private to fart. Do it in the kitchen as you pour your vodka, half a glass, neat, no soda," Words says.

Though Sherborne takes stabs at an industry that has become driven to faking news for instant clicks on a website, he shows there is a human side.

Young reporters are forced to leave their morals at the door to make a name for themselves, those who refuse to adapt are spat out by the machine and anyone who is sucked into the profession for too long is permanently altered.

It sounds serious but Sherborne, a former journalist, sheds light on the industry with comedy and subtle sensitivity.

- Rob Kidd is an ODT court reporter and books editor.