Eve Poole (1924-92) was Invercargill's first female city councillor and its first female mayor. She served from 1983 until her death nine years later, having just been elected to her fourth term. 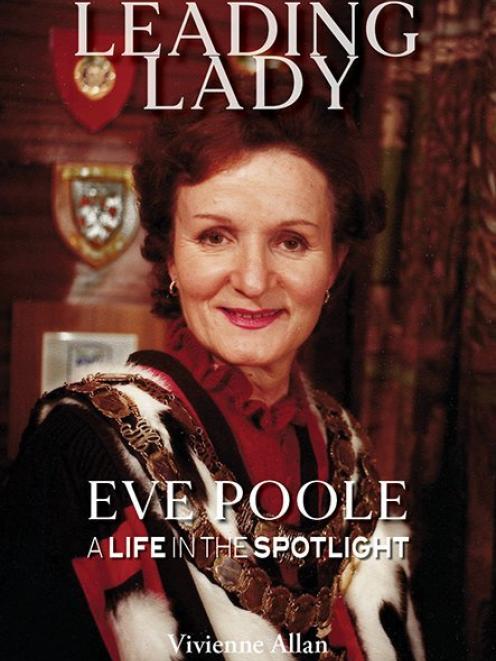 This account of Poole's life is by her daughter, Vivienne Allan, who records the journey and achievements of her remarkable mother, and her place in local politics and civil life.

She spent a decade in the then Palestine, where at 17 she enrolled in the Auxiliary Territorial Service, partly so she could escape the strict religious environment at home.

Her life changed dramatically when she met Invercargill-born Vernon Poole at the Middle East Tactical Training School, married out of her faith and was disowned, and moved to our far south in the mid-1940s.

Decades later, Poole was a mother of four, a speech and drama teacher, fluent in English, her fourth language, and the city's leading citizen. When she was elected to the council in 1971, there had been 39 mayors in the past 100 years, and all had been men.

From a background of fleeing political tension and persecution in Europe and having little English, Poole's life had undergone a huge trajectory.

Allan's account begins with her mother's origins, traces her experiences of motherhood and outlines her rise as an activist and advocate for Invercargill.

With a supportive older husband who was happy in his role as ‘‘Mr Thatcher’’ (as well as being a successful businessman as part of family furniture business, George Poole and Sons), Poole began incrementally to build up her commitments, particularly in the arts.

Drawing on her early training at Tel Aviv's Habima Theatre, she taught children speech and drama, deportment and mime, as well as being part of the Repertory Society where she was a lead actress and director. She was later appointed to the QE II Arts Council for her work at regional development in the arts, and received a Queen's Service Order (QSO).

As her involvement in local politics increased, focuses included the Troopers' Memorial; closure of Southland's Karitane hospital; relief and rebuilding after disastrous floods; and beautification of the city, with an increase in visible art and associated institutions.

She initiated festival lights and sculptures to make the city bright and dynamic, claiming that art ‘‘is not an antidote to boredom and alienation associated with modern industrial society, but is an essential ingredient to a richer and fuller life’’.

She opened the redeveloped Southland Museum and Art Gallery, as well as a new library.

Leading Lady is a commendable tribute to a highly-respected and ambitious woman with vast life experience, about whom more should be known by those of us living in these reaches, where Tim Shadbolt's name seems the order of the day.

Poole has instigated any number of initiatives for later leaders to continue, with distinctly dramatic flair.

At times a little lengthy, the book is extremely well-informed, as the author has sourced many first-hand accounts of her mother's achievements.

Poole no doubt had many more projects in mind, had she lived longer, and the city continues to benefit from her tireless work.