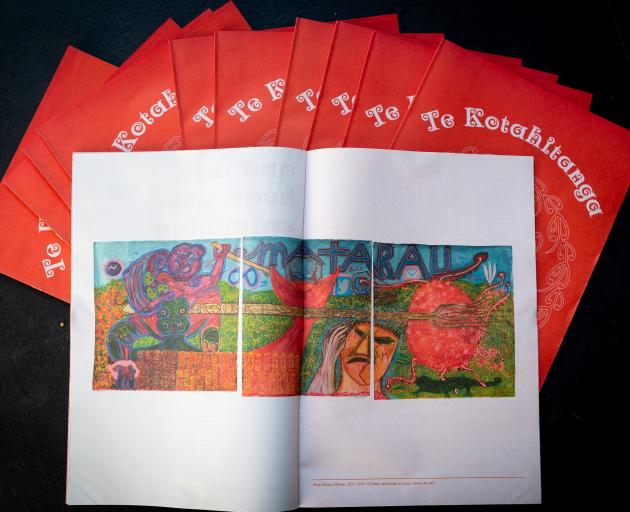 Bringing the words of Maori writers of the past to the attention of a new audience is what drives Kei te pai press.

‘‘It can be hard to find. Books can be out of print, it can be in obscure academic texts and collections.’’

Godfrey says the aim is to introduce their work to a new generation.

‘‘Their works remain as important now as they did back then.’’

So when Walters Prize-winning Wellington artist, writer and curator Shannon Te Ao was asked to curate an exhibition of contemporary Maori art for Wellington Gallery, he approached the pair, asking if they could do a written work for the exhibition.

‘‘We tossed it around to see if it fitted, as it was different to what we do.’’

But they had worked with Te Ao in the past.

‘‘We trusted and respected him, and also he’s a great artist and someone you want to work with.’’

So they decided for this project they wanted to bring Maori writing that might be hard to find, back to a new audience.

‘‘We worked with many writers who have passed away - some are well-known people - with the aim of introducing them to a new generation of readers.’’

They set about researching the works they wanted to include. Many of the works were published in the 1950s and ’60s.

‘‘The work, we think, remains important now as it did back then. Our aim, really, was to bring that writing back to life and bring back these names from Maori society back into the 21st century.’’

To find them they started in their own library. They collect books, magazines, newspapers and texts that feature Maori writing from the past 50, 60 or even 70 years.

‘‘Some extracts are particularly hard to find. Most of the works were published in books that are out of print now. Many of them are in obscure academic texts or in more more prominent collections.’’

To narrow down the selection they chose works that were the most difficult to find.

‘‘What has become obscure now but remains just as important in 2022 as back when it was published.’’ 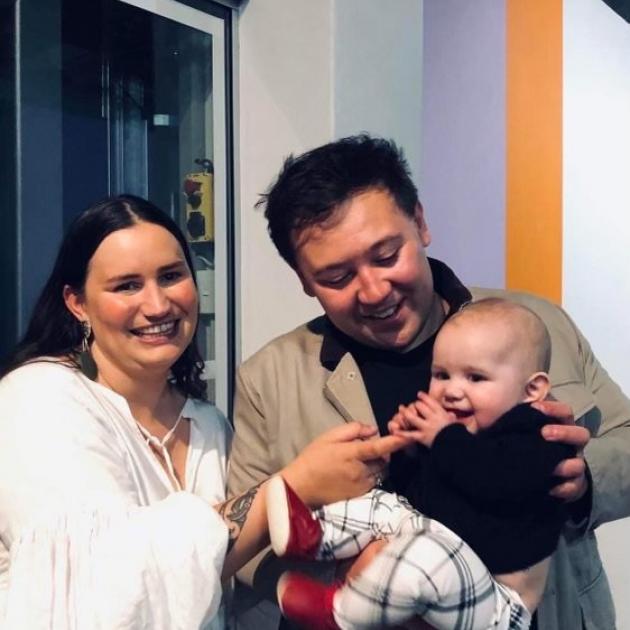 ‘‘Her work is of particular importance. You’ll find bits and pieces of her work everywhere. She is not so well known as a poet. She was a brilliant poet and had been publishing great poetry for half a century.’’

While they did not set out to select Maori women in writing, it turned out when they looked back 60 or 70 years much of the ‘‘good writing’’ printed from that period happened to be written by female writers, he says.

‘‘It was not deliberate but it was a very interesting historical lesson to have learnt.’’

They also found much of what those women were writing about back then was relevant today. Issues like the Treaty of Waitangi and sexism featured.

‘‘It was the writing about everyday life I personally found most interesting, what it was like to be Maori in the 1950s and ’60s. It has the most contrast between then and now. It was obviously much different in good ways and bad ways being Maori in 2022.’’

It was interesting to read Blank writing about being a Maori woman in the mid-20th century and then think about what has changed for good and bad in those intervening years.

‘‘It’s interesting to see the likes of Arapera who lived their lives in rural communities or at least grew up in those and lived lives relatively isolated and then compare that with today. Most Maori people would not be born in those rural places and live isolated from the rest of New Zealand.

‘‘It was slightly disheartening to see that some things haven’t changed.’’

‘‘Many of the battles fought in the 1980s and ’90s are still ongoing today, such as the co-governance debate.

‘‘The debate possibly has not matured a great deal since then; that is slightly disheartening to see.’’

The couple put excerpts of these writings together in a newspaper after deciding that format reflected the period from which the writing occurred.

‘‘In 2022, it’s a very old-fashioned form to put any writing in but it is the way much of these writings would have been read.’’

Writings from those times were presented in a physical way which could be kept and taken away, or sat on a coffee table or bookcase.

So they decided creating a newspaper that could be taken away from the exhibition reflected that.

‘‘We wanted it to have a form of permanence which online writing does not have. It always exists on the internet but most people will not go back to find it.’’

While it was tabloid in size, Godfrey says the content reflects more of a broadsheet approach, content and style-wise, and is laid out like a newspaper.

‘‘It’s designed to be taken on the bus or put in your bag.’’

The content includes many different genres of writing including an extract from a stage play by Rowley Habib (1933-2016) dramatising a Maori land court hearing.

‘‘We thought it had really interesting things to say and lent the newspaper itself a dramatic element too.’’

‘‘It was a real privilege to print that and to carry an interview with her in the newspaper.’’

Godfrey describes Karaka’s art work as having ‘‘another big moment’’ after her years of work as an activist and work in treaty settlements.

‘‘She straddles that border between being an activist and artist.’’

Her work is gaining a wider recognition in the New Zealand art world as people come to recognise her innovative style and interesting life.

Godfrey hopes people who take the time to read the newspaper will discover writers they like and search out further works by them.

For him it was rediscovering Hulme’s poetry.

The newspaper sits alongside new work made by Robyn Kahukiwa, Emily Karaka, Hemi Macgregor, Ming Ranginui and James Tapsell-Kururangi exploring themes from politics and economic mobility, to the environment, whakapapa and love, in the exhibition.

For Godfrey, who trained as a lawyer, the project has been challenging.

‘‘I’m deeply unfamiliar, it’s not how I work. It’s been an interesting learning curve and to see the different ways of valuing writing.’’

To experience writing valued as an object is very much at the opposite end of his understanding.

‘‘It’s interesting to see the art world who can value a piece of writing for its political value but also see its value as an artistic object. For someone with a lawyer’s brain, it has been hard to get my head around. It’s fascinating.’’

The work for the ‘‘Matarau’’ exhibition is the latest project for Kei te pai press which evolved out of a discussion on Waitangi Day two years ago.

‘‘It came out of this sense that on that day and the days after we were having the same debate and not making as much movement as we’d necessarily like and we wondered how we could contribute to this.’’

Both being writers they thought the obvious way was by uncovering writers from the past century could be something they could do.

‘‘Often in political debates people have very short memories ... so we thought one way we could make a useful contribution was to bring back some of those talking points and ideas and those debates from the years past and help people take a long view on these issues which seem perennially short term.’’

That way, people could take the best from those discussions to inform future debates, he says.

‘‘It helps to see we have been having these debates for a very long time.’’

Through the press, they have also helped stock Christchurch and Auckland women’s prison libraries with hundreds of high quality books, have established a reading club and do a regular newsletter.

‘‘It ranges from a social justice to an artistic end. We do what we think is useful, that’s our guiding philosophy.’’