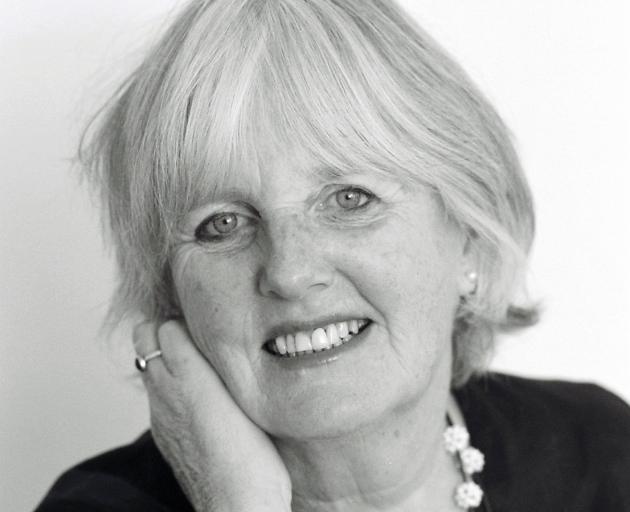 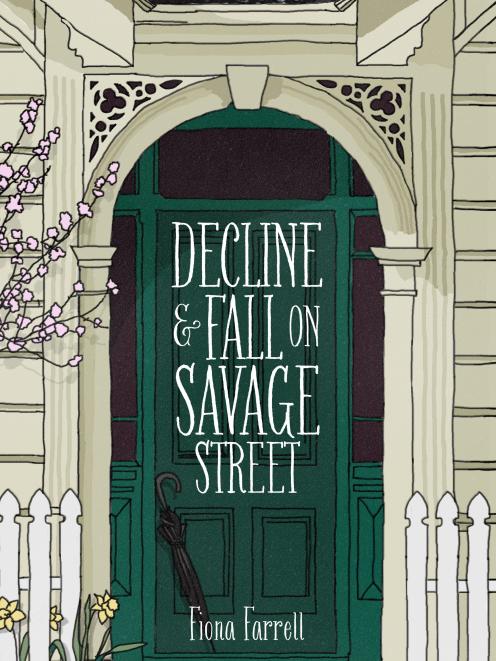 Decline & Fall On Savage Street is the fiction companion to Fiona Farrell’s 2015 non-fiction book, The Villa at the Edge of the Empire.

Both books examine, in different but complementary ways, the past century of New Zealand history, culminating in the Canterbury earthquakes of September 2010 and February 2011.

The tumultuous events have preoccupied Farrell; before this duo she also examined the quakes through non-fiction works The Broken Book and The Quake Year.

Decline & Fall On Savage Street is told chronologically, starting in 1906 and ending in 2012.

It follows the lives of various groups of inhabitants in the eponymous villa, built from totara on ample riverside land, claimed from pastures, in turn claimed from bush and wetlands, and destined to become a subdivided section in a street in a suburb as the new city encroaches upon it. The reader meets the house’s architect  and immigrant builders, its first inhabitants, then a succession of owners and tenants, war refugees, hippies and families (broken and happy, blended and mended) as the dwelling moves from family home to boarding house, from commune to red-zoned quake casualty.

As the story tracks the house’s inhabitants, so too does it make its steady march through history and social change  — covering world wars, nuclear testing, women’s liberation, the Springbok tour, Aids, the stockmarket crash, 9/11.

The book is structured in two parts and comprises 100 dated chapters. In Part One, the chapters are marked in years, and always headed "spring". Some years are conveyed in a mere page, others are missed entirely. In Part Two, the chapters start being told in months, occasionally days. Momentum builds, the reader hurtles towards the inevitable.

Interestingly, while the September quake is described in some detail, the fatal February quake is not. It is as if — after all the laugher and loss, heartache and healing experienced in and by the house — this last tragedy is simply too much to bear — or to bear witness to. That has been done enough.

Farrell’s work is immensely readable. Her writing is simple and effective and flows beautifully. Her characters are well-drawn, the setting familiar, yet nonetheless fascinating,  and the format ensures a natural pull to the finish.

It took me a while to get used to the fact each chapter begins (and ends) mid-sentence, however. It is initially jarring, but is an intentional device, conveying the sense the reader is really only dipping in and out of people’s lives as time flashes by. The chapters are vignettes, snapshots only, for the story of people, place and history can never be fully told by anyone.

As Farrell’s story flows, so too does the river, which contains another important character, a female eel, whose long life cycle is tracked through the course of the novel, and whose physical representation flits in and out of the pages, too.

This is at once a captivating and poignant story and social commentary. Farrell  reflects on progress and loss, the circle of life. Her love for Christchurch is evident, but her anger at various bureaucratic bunglings is never far from the surface.

Farrell is clearly keen to close this chapter of her life. She has moved to Dunedin and says she will move on from this subject in her next work. With this novel and her other quake books, she leaves a significant legacy in her recordings of a pivotal time in our recent history.

The ODT has five copies of Decline & Fall on Savage Street, by Fiona Farrell, to give away courtesy of Penguin Random House NZ. For your chance to win a copy, email books editor shane.gilchrist@odt.co.nz with your name and postal address in the body of the email, and ‘‘Decline & Fall’’ in the subject line, by 5pm on Tuesday, September 26.