The title says it all. Jessie Tu’s debut novel is about loneliness, and the danger in being so lonely.

It’s particularly dangerous for the protagonist of this book Jena Lin. Jena was a violin prodigy, touring around the world to such exalted venues as Carnegie Hall at only 16. But a catastrophic bout of self-sabotage ends her career as a soloist. The book opens with Jena, now in her early 20s, auditioning for the Sydney Symphony Orchestra, a washed-up so-called failure. 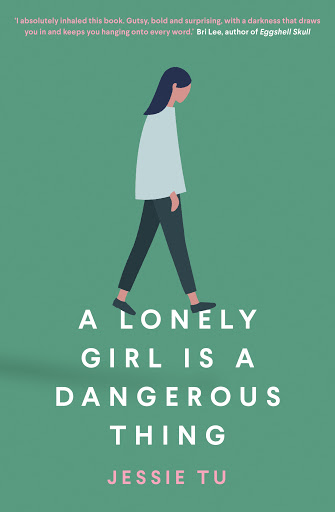 We soon discover she has been filling the void of her unfulfilled potential by sleeping with any man breathing. A self-proclaimed “raging sex addict”, her emotionally deadened escapades indicate the depth of both her emptiness. Much of the novel’s emotional brutality stems from the portrayal of Jena’s sex life. The liaisons are often violent and inflected, one assumes, with an unhealthy power dynamic. Unsurprisingly, Jena falls into a toxic relationship with an older man Mark, who still cannot give her the sense of connection and completion she needs.

Jena does find her way to a healthier place in her life – a place where she is more at peace with her mother (the parent who pushed her hardest to be a soloist, and the one most crushed by Jena’s spectacular self-sabotage), where Jena is more artistically fulfilled and where she has developed a greater acceptance of herself. But the journey to that place is twisted indeed. Jena’s actions are frequently questionable and sometimes unsafe, and her sexual activity (especially, the does-she-really-consent-or-doesn’t-she nature of some of the encounters) is clearly both a symptom and expression of her inner troubles.

On a technical level, Tu’s novel is exemplary. The prose is potent, the imagery sharply and originally expressed, and the characterisation of Jena is psychologically acute. Moreover, Tu has obviously spent considerable time in the classical music world; her descriptions of the grind of practice, of auditions, and of the attendant pressure are all spot on. What I question is the representation of Jena’s so-called sex addiction.

The back cover asserts that the novel “explores female desire” – but Jena’s desire is clearly pathological. Her high sex drive is presented as a sign that there is something wrong with her, as is her proclivity for rough sex. This is problematically equated with toxicity, without acknowledging that such activities can happen in healthy and explicitly consensual ways. Add in
that Jena is ethnically Chinese and you can easily read this novel as yet another demonization of female and Asian sexuality - a trope that has existed for centuries, and which surely should have outstayed its welcome by now. And yet, this negative portrayal of Jena’s ibido does not seem purposefully exploitative. The novel’s tone remains one of psychological sincerity.

A Lonely Girl is a Dangerous Thing is thought-provoking and lingers in the mind long after. The beauty and surety of the prose shrouds a complex and raw character. I look forward to Tu’s next, and perhaps more nuanced, novel.