Moving elegy to a dying environment 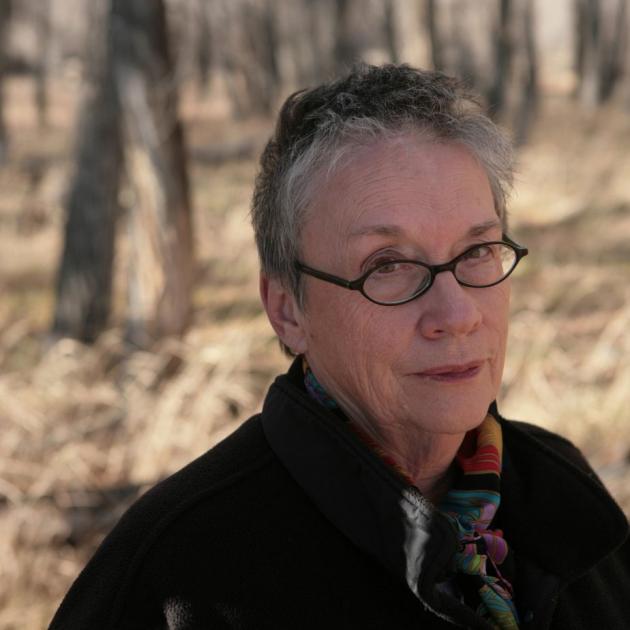 I am a huge Proulx fan, having first fallen in love with The Shipping News. This novel - some 10 years in the making - has not disappointed. In fact, I think it's her best yet.

Dunedinites, including me, were fortunate to have an audience with Proulx in 2011 when she visited the city as part of a tour to promote her memoir, Bird Cloud, about the experience of building a house on her land in Wyoming. 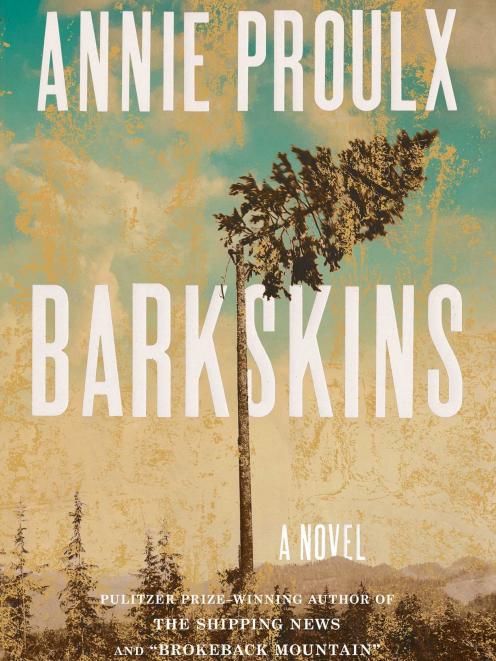 Proulx was also here to research details for Barkskins, some of which is set in the kauri forests of Northland in the mid-19th century.

The novel begins in the late 17th century and spans more than three centuries up to today, tracking the many generations of descendants of the first two main protagonists: penniless young Frenchmen Rene Sel and Charles Duquet.

The pair have travelled to "New France'' (the area centred on Quebec in modern Canada) and become bound to a feudal lord for three years in exchange for land. They work as wood-cutters, "barkskins''. Their lives immediately take very different turns.

Crafty Charles sees only a life of drudgery and quickly escapes. He becomes a fur trader and then sets up a timber business, which survives in a variety of guises through the centuries and generations. He and the Duquet/Duke family, wealthy landowners and businesspeople, are emblematic of the white settlers' "success'' story.

Quieter Rene endures great hardship but finds unexpected happiness in a "forced'' marriage with an older Mi'kmaw (a native American Indian tribe) woman. The novel tracks his descendants and the lives of the Mi'kmaw as their traditional fishing and hunting grounds are destroyed by the settlers, loggers and farmers, and the Mi'kmaw too are hunted or starved, almost to the brink of extinction.

Anyone who has read Proulx's work will know the natural environment always looms large. This novel is no exception.

It reads as an elegy to the world's original forests, charting as it does their eradication by humans. The reader travels (with various characters) across continents and centuries, from Canada and North America to Europe and China, Brazil and New Zealand, to places the giants of the forests can be plundered in the name of "progress'' or the spoils sold to satisfy a voracious market.

Vast swathes of land are cleared, giant native trees felled or razed by farmers and settlers who then bemoan the poor soil and move on and continue the destructive cycle. The logging companies are wasteful, lazy and unscrupulous. The work is dangerous and the most lethal jobs are done by the natives, forced into the "whiteman work'' by necessity.

The book is a litany of the brutal ways people can die: injury, accident, natural disaster, disease, infection, starvation, slaughter, despair. Life is cheap and short and the destructive drive relentless: "The huge trees of the west were hard for puny axmen. It took years to learn how to handle the big stuff and slow learners did not have time to stay alive. But technology shaped crazy daydreams into real hissing screaming machines that levelled the last of the ancient forests on the continent.''

Proulx has written about cultural and environmental genocide. This is no sanitised Little House on the Prairie. Settlers are described as "human birds of prey''. However, it is to Proulx's credit that the Duke descendants are as rounded and compelling as the Sel family, even if the more obvious sympathies lie with the Mi'kmaw. (Indeed, part of the Duke line explores the European ways of forest "management''. One of the more enlightened later-generation descendants "goes bush'' in Brazil, recording vital botanical information designed to educate others about and protect the rainforest there, only to have his notebooks used against him to further the destruction after he dies.)

This is a social history with an environmental message at its heart. Despite its obvious wealth of research and detail, the work is not a dry historical tome, nor is it preachy. Likewise, the sweeping social and political commentary does not detract from the personal stories. It is impossible not to become attached to, or intrigued by, the vividly drawn characters, and there is a real sense of loss when their individual stories end and the focus on a new generation begins.

It is fascinating too, to view the common threads; the shared family characteristics and beliefs. There is always a Duke with a new money-making idea, always a Sel who is determined to learn more of the old ways and return to their traditional stomping grounds to reconnect with other Mi'kmaw.

There is a clever "twist'' of sorts, which is more obvious to the omniscient reader than the characters themselves.

I found the novel reminded me, for different reasons, of recent works by Amitav Ghosh, Jane Smiley and Louise Erdrich.

It is a profound, discomforting book, that lingers in the mind because it is applicable to many cultures and scenarios today. The scenes in Northland involving the destruction of the majestic kauri (described as "the killing ground'') and the promises made to the Maori (and subsequently broken) will be particularly poignant for New Zealand readers.

Proulx paints a powerful picture of the price of "progress'', where greed, hubris and short-term gain trump anything of real value.

In the last 100-odd pages the action speeds up and Proulx covers almost 200 years up until the present. This is a clever device, which mirrors the speed of decline of the forests and the Mi'kmaw and contributes to the feeling of hurtling towards oblivion. One can't help but feel it is the last 100-page gasp of a planet in its death throes: agonising, heartbreaking, painful, inevitable.

Don't be put off by the book's length; this is a must-read. Indeed, it should be compulsory reading for school pupils, university students and local and central government officials and elected representatives the world over.

Majestic in its scope, moving in the detail, Barkskins is without a doubt Annie Proulx's masterpiece. It deserves to win big at the year's literary awards.

The ODT has five copies of Barkskins, by Annie Proulx to give away courtesy of Fourth Estate and HarperCollins. For your chance to win a copy, email helen.speirs@odt.co.nz with your name and postal address in the body of the email, and ‘‘Barkskins Book Competition'' in the subject line, by 5pm on Tuesday, August 2.

Winners of last week's giveaway, Dying: A Memoir, by Cory Taylor, courtesy of Text Publishing, were: George Harris, of Twizel, Alexa Craig, of Balclutha, Betty Richardson, of Waikouaiti, and Barbara Cooper and Donna Tumaru, both of Dunedin.