Not just platform boots and polyester 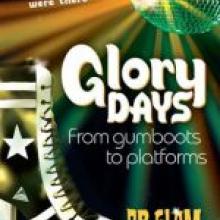 
When I first picked up this book and saw images of a platform boot and a mirror ball adorning its glitter-embossed cover, I assumed it would be a lighthearted look at 1970s glam rock, disco, polyester clothing and Donny Osmond - and I was right.

However, I am happy to report it is much more besides.

Musical themes certainly dominate, but through contributions by notable New Zealanders such as John Minto and Marilyn Waring, the reader is given a good overview of the more serious issues of the time, such as women's rights and the Maori nationalist struggle. And the author makes a decent fist of describing sex education in the '70s and New Zealand's battle to end nuclear testing in the Pacific.

By utilising his own memories and those of about 40 other Kiwis, many of whom are from Otago, Ian Chapman has compiled an interesting and frequently amusing history of Aotearoa from 1970 to 1979. Other contributors include Suzanne Lynch, Sharon O'Neill, Chris Knox, Alistair Riddell, Rosemary McLeod, Dougal Stevenson and Ian Taylor.

The book's appeal for me is largely due to an effect similar to word association - each time the author mentions a TV show, film, song, car or colour combination from that decade, an image from my own teenage years flashes before my eyes. I even learned a few things, such as the fact that broadcaster Hilary Muir lived a few doors from me in Invercargill when we were children.

Some of the references to popular culture appear with little or no explanation, almost as an in-joke to be appreciated by those of us who were growing up at the time. They are likely to cause a few head-scratching moments for readers born after 1979.

That said, the hilarious introductory chapter, in which Chapman recounts his disastrous experience playing drums with a Waikato rock band called Rat Pie, is worth the price of the book.

• Geoffrey Barnett is a Dunedin journalist.