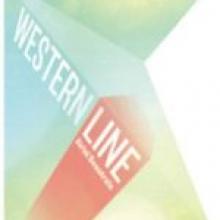 WESTERN LINE <b><br>Airini Beautrais</b><br><i> Victoria University Press
Airini Beautrais has been a successful poet for several years. Her debut collection Secret Heart (VUP, 2006) was the best first book of poetry at the New Zealand Book Awards in 2007.Beautrais writes sharp prose poems that twitch and twist around the reader's heart and brain.

Her follow-up collection is divided into three sections. The first is made up of tiny poems. In three sequences, Beautrais lets loose a series of 26 love poems, 12 charms and 16 curses. I like the Tom Petty feeling to her love poems.

"She's a good girl, crazy 'bout Elvis, loves horses and her boyfriend too." Beautrais isolates sentences to make an overlapping moment. I enjoy her interplay of canny details. She takes advantage of the power of story and the agility of the sentence within the form of a poem. Little things mean a lot.

The Western Line is a chance to see how deep simplicity goes. Of course, some poems do not need a deep meaning or feeling. Sometimes poetry has to serve the purpose of making you smile. She hits on the Whanganui back-blocks, rural Germany and Wellington's infamous Tranz Metro railway, and manages to be everything at once through her poems: storyteller, old soul, sweetheart, observer and heart-throb. The Western Line is well thought out. It does not drift off, yet there is plenty of variation.

Beautrais pulls different threads together to truly create a lovely collection of poems. 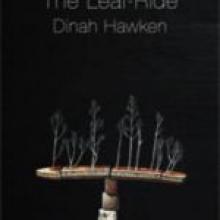 THE LEAF-RIDE<b><br> Dinah Hawken </b><br><i>Victoria University
• Dinah Hawken has released five collections of poetry. Her last collection, One Shapely Thing (VUP, 2007), was short-listed at the New Zealand Book Awards. Over the years she has produced many relaxed, warm poems. She has had a soft approach to love, emotion and nature.

PressHawken pens poems which have that sense of tender longing. The Leaf-Ride broadens things out. The poems range from the power of a single word to the horror of violence and the joy of being a grandparent. Three years ago, Hawken was commissioned to write seven poems for a performance of Haydn's Seven Last Words of Our Saviour on the Cross. "Peace on earth" is included in this collection. She produces lean, mean stuff.

A couple of years ago she commented that it is impossible to dissect a poem from a poet and her life. In The Leaf-Ride she once again opens up her life, her heart and writes about the way she sees things. Her poems give pleasure, recognition, insight, solace, direction, company, shocks and strength. The Leaf-Ride reaches out to the reader. The richness of language runs through this collection like a vein of gold. The entertaining and killer-good poems will definitely keep you on your toes.

She produces casual goodness from a bottomless poetry trunk. 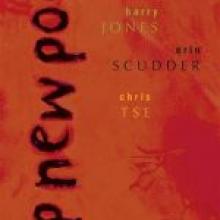 Tse explores his ancestral roots in China and his great-grandfather's arrival in New Zealand. His poems uncover painful truths and difficult choices.

Erin Scudder is a Canadian who emigrated to New Zealand in 2001.

She completed an MA in English literature at Victoria University. Her poems find her memories of Canada meeting up with the reality of New Zealand. Some linger in hospital, others deal with faith and not being able to sleep. I like the fresh perspective in her poems.

Harry Jones is an old charmer from Tauranga. He writes adult poems and climbs into bed pretty quickly - he calls it a "climb into immediate nakedness". His poems concentrate on lovers, sex workers and touching.

The AUP New Poets series is a neat little entrée for bigger collections to follow and New Poets 4 is a little book full of tough, very human poems.

There is plenty of light and shade to be found in under 90 pages. 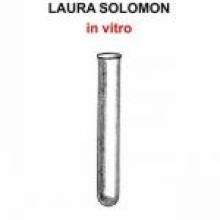 IN VITRO<br /> <b>Laura Solomon</b><br /> <i>Headworx</i><br />
• Laura Solomon has won prizes for her poetry overseas. In Vitro is her debut collection. She spreads her net wide with poems on vampire bats, Janet Frame, earthquakes, Guy Fawkes and in vitro experiments. In just over 30 poems she makes quite a number of bold statements.

She hits hard and quickly and offers up plenty of excitement as she tames tigers and wonders what happens "After Lights Out at the Horniman Museum". The reader is given a series of narrative poems often using jaunty rhythms amd if you like your poems with extra muscle, In Vitro is the one for you. Her poems do not really savour straightforward pleasure, but In Vitro is a collection packed with action and laughs. Christopher Morley once said "The courage of the poet is to keep ajar the door that leads into madness." Laura Solomon has begun to open that door in her very first collection. 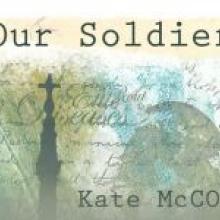 OUR SOLDIERS<br /> <b>Kate McColl</b><br /> <i>Berghmans Uitgevers</i>
• Our Soldiers by Kate McColl is a series of poems which concentrates on the tenth of our population who served overseas in the senseless slaughter of World War 1. They focus on how we coped - or really did not cope. (The poems have also been translated into Flemish.) We know about the pain, grief and the enormous sense of loss that was the outcome of the war and McColl brings this out in her poems. She overexplains too many of her poems away in her preface so there is no new insight once the poem is read. I did like "Southland Heroes". In 2011, New Zealand lives on, but part of us died in the trenches thousands of miles from home. Ernest Hemingway said "Write hard and clear about what hurts".

McColl tries to do this and I wanted her book to be better. The illustrations in Our Soldiers are provocative, but there is something missing in the poems. What about the courage of these young New Zealanders and how they got on with their lives?

We owe them so much.