Sleuth at home in Dunedin 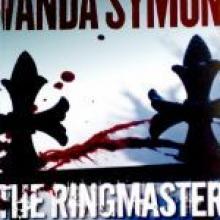 Dunedin stars as one of the main characters in the latest detective novel from Vanda Symon.

It is always comforting to place yourself firmly in the setting of a novel, so Dunedin readers will enjoy knowing the hometown geography of Vanda Symon's detective thriller The Ringmaster.

It's the second in a series featuring the talents of brash young policewoman Sam Shephard.

She has moved from the bright lights of Mataura (setting of first book Overkill) to the great metropolis of Dunedin.

From being sole constable in a small station she finds herself on the lowest rung of the CIB ladder, with a grumpy boss as DI intent on showing her that's where she stands.

Sam finds a body in the Dunedin Botanic Garden and becomes part of a murder investigation.

The Darling Brothers Circus is on at the Oval, harassed by animal rights activists, and events progress to the stage where the big top is ablaze and Sam shoots an elephant that runs amok.

Things becomes a little more prosaic as the team looks in the university and elsewhere for a serial killer.

But enjoy all sorts of local scenery and references to the plethora of Octagon bars, stuffed circus lions Sultan and Sonia (shot in Lawrence years ago) in the Otago Museum's Animal Attic, foolish practices of some skateboarders on our streets, the great loss of the footbridge over the lines beside our gorgeous old railway station, etc.

Sam lives in a house on Highgate with a million-dollar view and gives it her appraisal: " . . . you could see down and across the central city, then on to the glittering harbour and peninsula, then the Pacific Ocean in the distance.

Nightfall removed the water vista but added a new dimension of beauty with the sprinkling of city lights moulded into the contours of the hills.

"It was one of the things I loved about this city. Every corner turned brought with it a new pocket vista, whether it be the harbour, peninsula, green belt or historic architecture.

"Even the clagged-in days were somehow spectacular."

The detective constable eventually solves the big case in an action finish.

The plot is not really as strong as the author's characterisations.

Astute readers may be able to follow the clues given to the villain's identity, but will enjoy following Sam's trail of thought and personal problems. (They must also forgive some outbursts of coarse language.)

Following the lead of a number of American writers, Symon has Sam taking regular runs to aid her fitness and clear her mind.

I can't put her heroine sleuth yet on the same international pedestal as a Kay Scarpetta, Temperance Brennan or Inspector Rebus, but it is a commendable attempt to introduce the same sort of strong fictional star.

And there's a third book to come.

- Geoff Adams is a former editor of the ODT.