Whatever It Takes is one of the great "little Kiwi battler'' stories told brilliantly, Jim Sullivan writes. 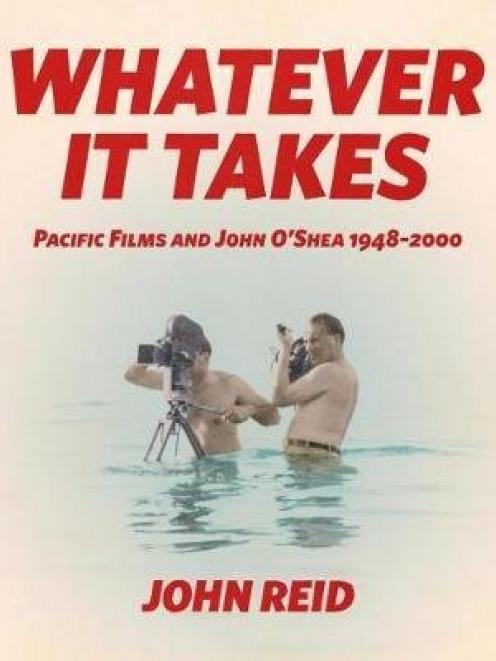 Sir Peter Jackson may have given us blockbuster movies about Hobbits, but when it comes to producing films with a real New Zealand identity the man to turn to is John O'Shea, a true pioneer of the local film business.

Whatever It Takes gives us a frame-by-frame story of O'Shea, covering the topic in such detail that the film-history buff could hardly want for more.

John Reid, himself a prolific director and scriptwriter, has captured the minutiae of the films of the 1960s onwards with a procession of close-ups which not only traverse the technicalities of pre-digital film-making, but also paint a broader picture giving a cast of the medium's heroes and villains.

Among the villains can be counted, from time to time, exhibiters Kerridge Odeon and Amalgamated Theatres, which called the tune when it came to choosing what would be shown. Often an American or British film would hog the screens, while a local film-maker, like O'Shea had a multitude of obstacles to overcome.

To get a film into screen-able form might often mean a procession of meetings with politicians or using laboratories in Sydney. To remain solvent, O'Shea's Pacific Films relied on short features commissioned by BP, General Motors or TEAL and government departments.

Those who remember the excitement of queuing at the local cinema to see the rugby tests against South Africa in 1956 will learn that such thrills were only possible through sponsorship from Caltex (Jack Sullivan, of the NZRFU, was also a Caltex executive) and filmed by Pacific Films in almost impossible conditions.

But we loved seeing New Zealand on screen and queued again to see O'Shea's ground-breaking Don't Let It Get You, an extraordinary hotch-potch of music (Howard Morrison and Kiri Te Kanawa) and a meandering storyline. Feature films such as Runaway and Broken Barrier gave local audiences a chance to see New Zealanders in dramas which reflected local issues and conditions.

In the 1950s Pacific Magazine (items often relying on "product placement'' type support) revealed that the government-funded National Film Unit's Weekly Review was not the only possibility for a New Zealand newsreel.

Television, torn between reserving work for its staff and being seen to support the private film industry, was never a great supporter of Pacific Films and other private film-makers.

All in all, Whatever It Takes is one of the great "little Kiwi battler'' stories and John Reid has told it brilliantly, even if only the film nerd will appreciate all of the technical stuff.