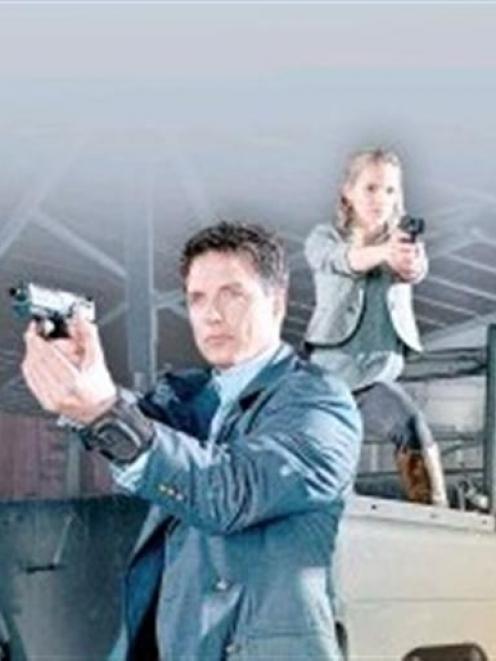 Photo supplied.
Imagine a world where no-one dies. That's what Russell T. Davies did to create the premise for Torchwood: Miracle Day.

The series is a continuation of Torchwood, the BBC series about a group that investigates the odd and strange that's a spinoff of the popular Dr Who franchise. John Barrowman and Eve Myles reprise their roles and are joined by Mekhi Phifer and Bill Pullman.

"The possibility of death ceases to exist. Great news for some people but, globally, it's an instant overnight population boom where, suddenly, the Earth relies on people dying. That's how the whole system works: the food, the room, the temperature," Davies says. "So, suddenly, you've got a crisis affecting everyone on the planet, and that's where the Torchwood team and our brand-new characters come in."

Barrowman and Myles were the only two actors to appear in all 41 episodes of the original series.

They're the link to the last series - but only loosely.

"Both shows have a fantastic identity of their own. But for those fans who like that sort of stuff, it's still absolutely faithful," Davies says.

The new elements include characters played by Phifer and Pullman, who make memorable debuts.

Rex Matheson (Phifer) is a CIA agent who gets a metal rod through his chest during a car accident and survives. Pullman's Oswald Dane is a convicted child killer, whose death sentence is thwarted when the Miracle Day occurs.

Neither actors were Torchwood fans, but they caught up quickly.

"Reading the script was definitely a very exciting thing for me because it was just a lot of energy," Phifer says.

"It read like a film. It felt like an action movie, and it was easy to want to be a part of it. I haven't been this excited as far as a job in a long time."

It's ironic that Davies has created a series in which death doesn't exist, as he's never showed any hesitation to kill characters in his TV shows.

By the time Torchwood ended, 80% of that cast had been wiped out.

Davies thinks network programmes lose a sense of danger when contractually it's rare that a major character dies.

"Torchwood was always at a high body count because I think it makes the story stronger and more dangerous and more frightening. You cannot guarantee who here will survive, and I think that raises the stakes for everyone."