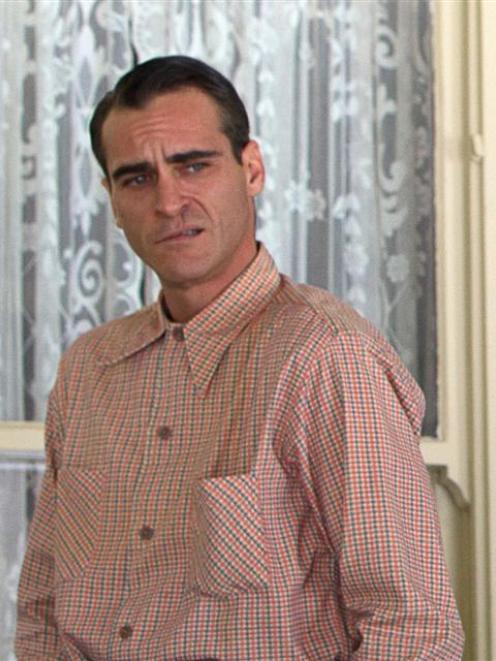 In his first role after the debacle that was I'm Still Here, Joaquin Phoenix seems intent on alluding to something amiss with his mental wellbeing. Either that, or he has such a chameleon-like ability to step in and out of character that it is difficult to tell where the acting stops and the madness takes over.

Phoenix's character Freddie Quell is a troubled soldier struggling to adjust back into society following World War 2. He drifts along in a haze of intoxication and sex obsession until he meets Lester Dodd (Philip Seymour Hoffman). Dodd is the leader of the new philosophical movement called ''The Cause''.

Anyone vaguely familiar with the tenets of Scientology will recognise references throughout. Dodd takes the vulnerable Quell into the fold and together they traverse the east coast of the US, stopping to sponge off wealthy benefactors and seduce more followers with Dodd's nutty pseudo-science.

Director Paul Thomas Anderson reportedly started making the film with Dodd as his central character but Phoenix's total immersion in the unhinged world of Quell tipped the scales his way. The Master might be one of Paul Thomas Anderson's least accessible films, but it is still a work of considerable panache.

There are odd narrative elements missing, such as any details about where Dodd's theology was born, but when a film looks this good and has such talent on tap, it's easy to forgive a few transgressions.

Best thing: The cinematography.
Worst thing: A few orphaned sequences that never really go anywhere.
See it with: Anyone curious about the ideas and practices behind Dianetics.