Trance is a little too self-aware, but guaranteed to keep you guessing, writes Mark Orton. 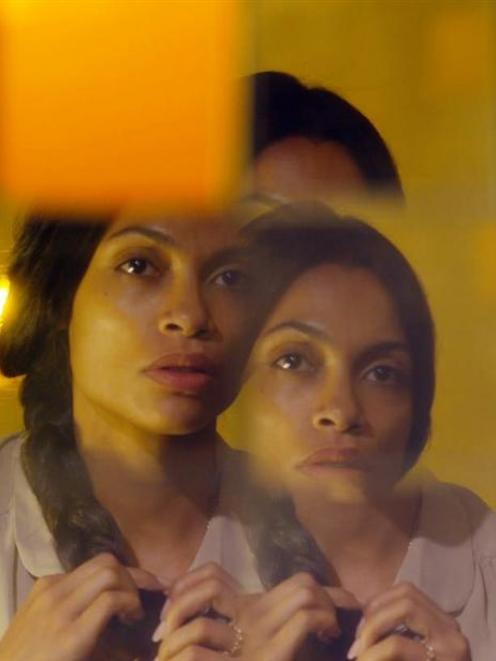 In the tradition of The Big Sleep, Memento and Inception, the opening frames of James McAvoy's narration should not be trusted. Following the quasi-noir tenet of setting up one theme only to reveal another, Trance is anything but the typical heist film that it initially purports to be.

Stepping out of the slums and squalid tenements synonymous with two of his best known films, director Danny Boyle has a stab at a tense psychological thriller. McAvoy plays Simon, an art auctioneer who is caught up with a group of criminals.

After a blow to his head during a heist, Simon is left with amnesia and unable to recall what happened to the stolen artwork. Led by crime boss Franck (Vincent Cassel), Simon is tortured, tied up and eventually sent to a hypnotist in the criminals' desperate attempts to recover their investment.

Enter Rosario Dawson as the hypnotist. Initially fulfilling the role as love interest for both Simon and Franck, Dawson's role as seductress is hardly included as token eye-candy. As her character develops from a bit part to a fully fledged accomplice, it is hard to tell who is controlling whom.

Supplemented by a cranking soundtrack courtesy of Boyle collaborator Rick Smith, Trance rollicks along nicely. But after a few false turns and a general overload of what initially seems like superfluous detail, Trance becomes a little too self-aware. Guaranteed to keep you guessing, it's a solid effort that may well be remembered more for Rosario Dawson's full frontal than its plot.

Best thing: The pulsating soundtrack harking back to the heady '90s club scene.
Worst thing: James McAvoy's ever-present grin.
See it with: A well-developed attention span and an eye for detail.