A heart of darkness 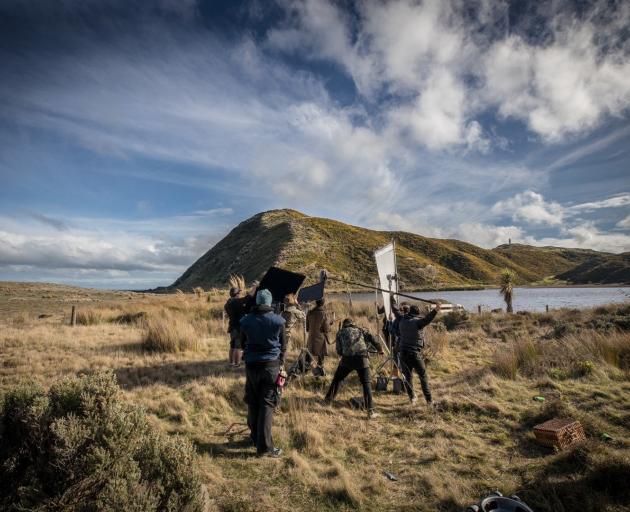 Filming of Coming Home in the Dark on Wellington’s coast. PHOTO: SUPPLIED
One of Owen Marshall’s darker tales is about the hit the big screen. He tells Tom McKinlay how it came to be.

New Zealand film Coming Home in the Dark is not set beneath Aoraki/Mt Cook.

When Owen Marshall penned the short story on which it is based, it was - the majesty of the landscape standing in stark contrast to the low reptilian violence of his cruel creation Mandrake. 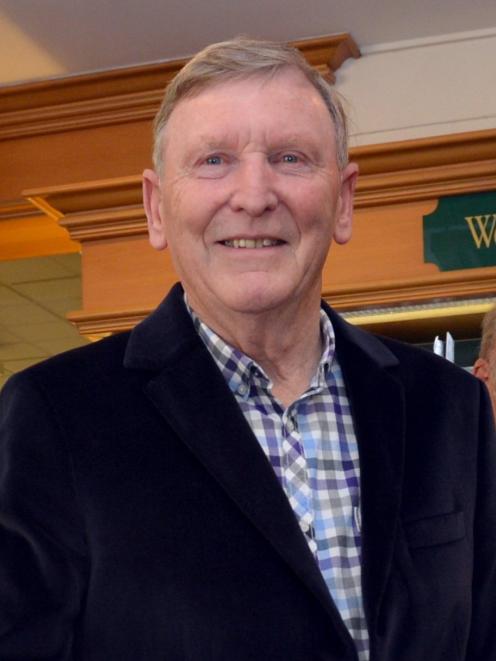 But in shifting the action to Wellington, director James Ashcroft clearly realised that sort of juxtaposition was important.

A review of the film in The Hollywood Reporter following its screening at the Sundance Film Festival refers to the ‘‘majestic rural landscape of Greater Wellington’’, before describing the way in which its ‘‘enveloping tranquility’’ is instantly transformed into one of ‘‘terrifying, helpless isolation’’.

That pretty much nails the atmosphere of Timaru-based Marshall’s short story, of the same name, first published in a collection back in 1995. It’s back on bookstore shelves in a new Marshall collection, to coincide with the film’s release next week.

Mandrake would be delighted. Deep into the short story, with much of his mayhem already achieved, he hisses ‘‘I will have attention paid to me’’.

Marshall’s story involves a family picnicking below Aoraki, who have the calamitous misfortune to cross paths with the criminal class. It’s a nightmarish realisation of the blameless citizen’s worst fears, the sudden arrival of the shadowy other.

‘‘I was really interested in that story just to express the random violence that sometimes occurs in our society,’’ Marshall says on the phone from his South Canterbury home.

‘‘People going about their business quietly and happily and then something terrible happens.

‘‘The origin of the story for me came from reading of that occasional sudden violence that can occur in anybody’s life.’’

A film has been a possibility for a while.

Ashcroft took an option on the story some years ago, button-holing Owen on a trip to Wellington, and had been mulling over potentialities since, before moving forward with screenwriting partner Eli Kent.

Marshall didn’t have any involvement in the adaptation from story to screenplay.

‘‘Prose writing and screen writing are two very different things,’’ he says. ‘‘And I think you have to hand over your work and let those people do their own thing with it, really.’’

Much has changed as a result.

‘‘It is interesting to see how they could build on a piece of short fiction for a full-length film. They put in quite a lot of back story so the film in many ways is a different beast to the story it is based on.

‘‘I think James is particularly interested in thrillers, in the dark side, so he took an option on a couple of my stories and both of them were pretty dark stories.

‘‘Not all my stories are as macabre and threatening as that one, but he was obviously interested more in the darker stories rather than the lighter ones.’’

The other story that Ashcroft liked, The Rule of Jenny Pen, features a monstrous rest-home bully.

That story still interests Ashcroft, Marshall says, but on the back of Coming Home in the Dark’s success at Sundance, Hollywood has come calling and other potentially more lucrative opportunities are opening up for the director.

It’s often said that short stories have particular qualities that lend themselves to film treatment.

‘‘I think that the short story is an exercise in succinctness and economy ... every word has to count,’’ Marshall says. ‘‘Also, you have to rely a good deal on the intelligence and concentration of the reader, so you are giving the essentials and they have to build in a good deal themselves.

‘‘This is how James and Eli interpreted the story - the author of the original work has to give them the freedom to do that, because they are working in a different medium.’’

It is not a pleasant ride, Marshall says of the end product of Ashcroft’s process.

‘‘In many ways it is a nasty film and it is supposed to be a nasty film, but it is still well done I think.’’