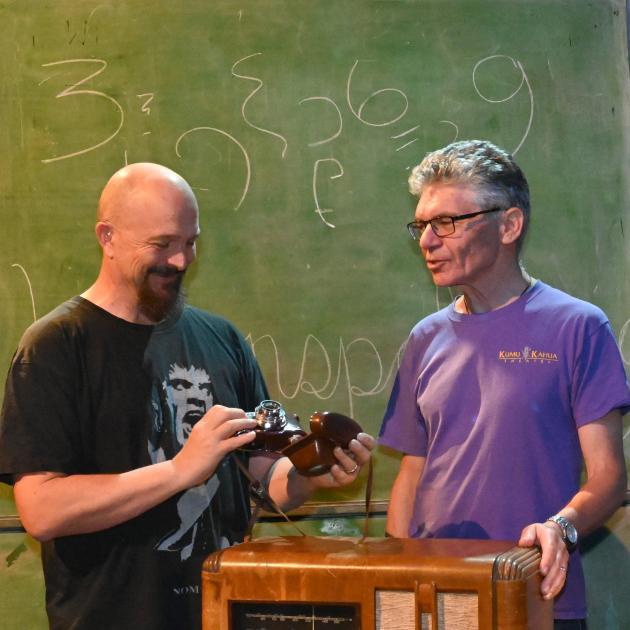 The piece is the result of the equation of hydrogen being turned into musical notes.

It is just one aspect of Fission, a physical theatre piece created through a collaboration of Dunedin physics and theatre, music, dance and design professionals.

The work is the culmination of a process which began in 2016 with a series of workshops between science and arts academics.

''We investigated scientific principles and then focused more on physics,'' O'Donnell says.

One of those who attended the first meeting was Prof David Hutchinson, the director of the Dodd-Walls Centre, a national centre of research excellence, and a quantum physicist.

Prof Hutchinson has been involved in collaborative science and visual arts projects, such as the Art + Light project to mark the Unesco Year of Light, in the past.

''I'm very keen on this sort of aspect of things. There are good aspects from a promotion of science point of view, as well as having the ability to create something original.''

While it does expose people to an area of science they would not normally be exposed to, the benefit was in developing a conversation across different groups within the creative-research space.

''The journey has been as important as the end product.''

He sees the project's focus on quantum physics as ''probably my fault''.

The concepts were originally inspired by a movement in the United Kingdom called ''collaborative science theatre'' or the ''Sci-arts movement'' where scientists are actively involved in creating art work. 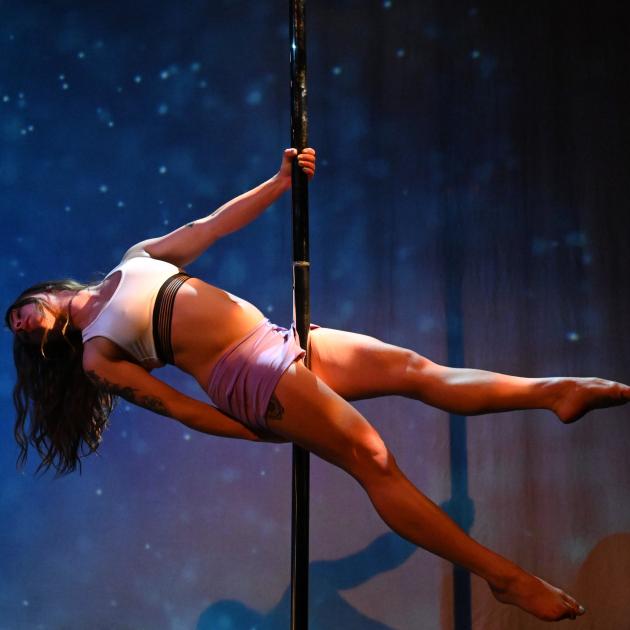 Katherine Kennedy rehearses for Fission, an art and science production at Allen Hall.
They have also been influenced by French Canadian theatre director Robert Lapage, who advocates research and bringing together all available resources, including personal experiences, image, sound, and design to create a story.

For example, one story stood out when the group began talking - a child's joy at getting his first microscope.

''We have mixed scientific theories that are in the show down to that sort of personal level of the joy of discovering the universe.''

Also fed into the mix were aspects of Te Ao, the Maori world and science.

''I like to stress the commonality of methods. The methodology of looking at the world, theorising it, corroboration of that through observation - there are more similarities than differences,'' Prof Hutchinson says.

''We've also had some public discussions around that, that have fed into this.''

The resulting work involves performers Jodie Bate and Katherine Kennedy and a light and sound show that complements the dancing, acting and storytelling using elements of space, time, energy and light common to theatre and physics.

There are scenes in the show that are trying to present an aesthetic interpretation of some principles of physics.

The central character is a present-day performance artist, Lisa, who has a metaphysical connection to early 20th century physicist Lise Meitner, who came up with the original concept of nuclear fission, but was denied a Nobel prize.

''She was hugely important in the development in physics, but she was marginalised. We thought it was an interesting story to tell in the show.''

They also wanted the show to capture some of the mysteries of the universe and not become a physics lesson.

''It's a beautiful art work inspired by physics, not an explanation of quantum physics,'' Prof Hutchinson says.

''If it brings people to an interest in science, that's great, but it has to stand as piece of art.''

For the ''arts'' people involved in the work, it has been a learning curve, O'Donnell says.

''Quantum physics is the hardest thing to understand, it's mind-boggling. At least one person involved has said they just don't get it - so we've put that in the show.''

Prof Hutchinson likes to think it has been as exciting and inspiring for the non-physicists as it has been for the scientists involved.

O'Donnell says the piece is more of a visceral performance than a linear narrative.

It follows a worldwide theatre movement reflecting the changing world.

''We need to embrace it as a different experience. The intention is still to be a stimulating and beautiful art work done through experimentation and constant refinement.''

Each day, the group worked on the script they made new discoveries.

''The passion of the people involved will come through.''

Halba says Fission is set to ''enthral and captivate audiences''.

• Fission is produced by afterburner, which scooped the 2017 NZ Fringe Awards with Dark Matter.