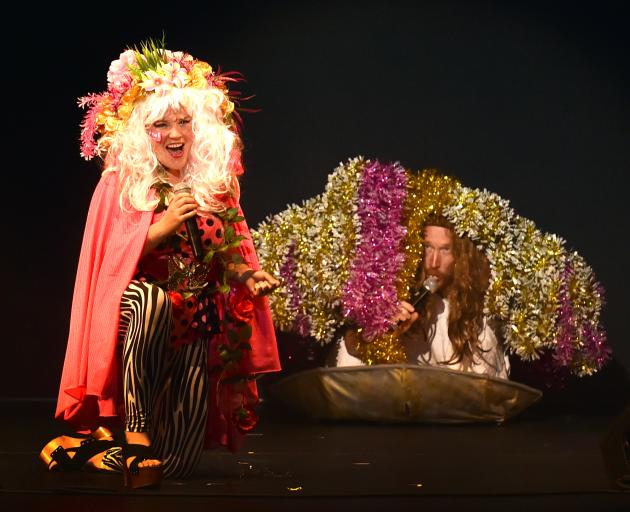 Comments by the show's MCs had included more references to love, which ''we thought would be appropriate'' in the aftermath of the Christchurch attacks.

He had also emphasised togetherness and solidarity in his own introductory remarks.

''I wanted to highlight the fact that we're all standing together,'' he said.

During the 82-event festival, people would experience for themselves the ''amazing'' power of art to bring people together and to ''celebrate diversity'', he said.

Increased security was introduced before last night's festival showcase at the Regent Theatre.

This contributed to brief but lengthy queues, including after the 7.30pm start time.

Mr McMillan said Fringe organisers had taken advice, and discussed the security situation with theatre management, and said patrons would have felt more comfortable knowing that an appropriate level of security had been provided.

After an initial performance by house band Inati from 7pm, MCs Jesse Griffin and Tahu Mackenzie treated the audience to an irreverent introduction to proceedings, including time spent by both crouched in an uncomfortable clam shell at the back of the stage.

Fringe events was a taster of what is on offer throughout the 11 day festival.