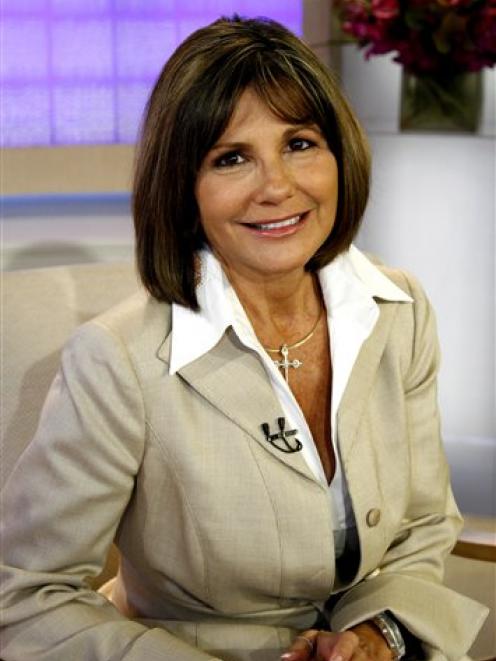 That's the question Lynne Spears, mother of United States pop casualty Britney, hopes to address in her memoir Through the Storm, published this week.

No prizes for guessing which angle she takes.

The book comes after Britney Spears' public breakdown which saw the singer shave her hair, check in and out of rehab centres and eventually get strapped to a hospital trolley and carted off to a psychiatric ward.

It also comes after the teenage pregnancy of the pop wreck's younger sister Jamie Lynn.

Not surprisingly, early reports that the Spears matriarch was planning to publish a parenting guide attracted widespread ridicule.

Later, she was accused of cashing in on her daughter's misery by writing a juicy tell-all in which she would spill the beans on Britney's teenage sex and drug shenanigans.

The book is actually none of the above.

Rather, it's an attempt by Lynne Spears to clear her name, protest her innocence (maybe a little too much) and justify her part in her teenage daughter's meteoric rise from Mousketeer to world famous pop star.

And do it all over again with Jamie Lynn.

The Lynne Spears of Through the Storm is a loving, dedicated, god-fearing mother who wanted to help her little girl "make her dream come true".

She "got talked into" entering the eight-year-old in kiddie beauty pageants ("I had never wanted her near one of those things") and gave in when her daughter "begged" to enter dance recitals and singing competitions.

"We just stumbled down the dancing path, and one thing kind of led to another," she writes.

If Britney set out on the road to fame, it was only because others kept recognising her talent and suggesting new options, new pathways, new gigs, she claims.

When, finally famous, 17-year-old Britney appeared in a Lolita-esque pose on the cover of Rolling Stone in 1999, Lynne "had no idea the (photographer) was going for a lascivious angle".

And so it goes on.

There's nothing really new in the book, though it deals extensively with the shady Sam Lufti, a svengali-style figure who Lynne Spears alleges kept Britney a virtual prisoner in her Beverly Hills mansion, tormented her by hiding her dog and sneaked ground-up pills into her food.

The book also paints a vivid picture of Britney's agitated state of mind in the days before her second trip to the psych ward.

"She couldn't stop moving. She cleaned the house, she changed her clothes many, times ... we talked, but it was as if she wasn't really there. She spoke in the tone and with the understanding of a little girl."

This book is one for celebrity junkies, pop culture vultures and aspiring stage mums.

But like everything about the cultural phenomenon and one-woman economic engine that is Britney Spears, it has to be taken with a grain of salt.

Maybe Lynne Spears really was an evil mumzilla who shamelessly pimped her daughter to fame for her own vicarious purposes.

Maybe she was a selfless and loving mother who wanted nothing more than to help a child achieve its potential -- only to find herself in over her head.

Maybe the truth lies in between.

Whatever the case, Through the Storm is a testament to that old aphorism: be careful what you wish for, because you just might get it.