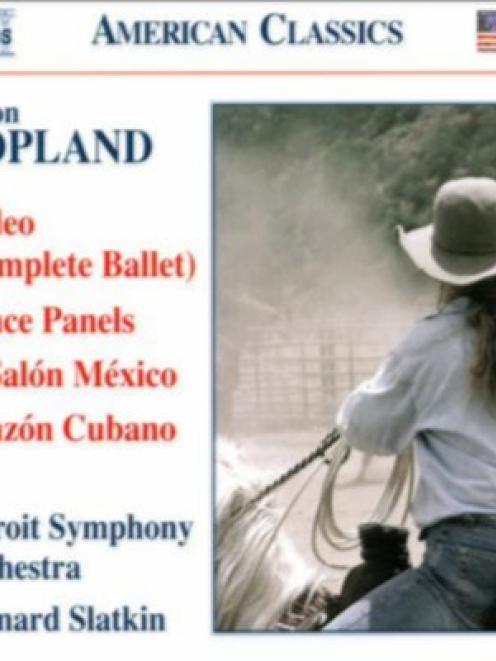 Best known for the final movement, the ''Hoe Down'', Aaron Copland's complete ballet of 1942 vintage has five parts, celebrating the American West - all given a stirring performance here by the US orchestra under the baton of Leonard Slatkin.

It is another fine disc in the ''American Classics'' series, and also contains the seven-part Dance Panels (1959) which will be unfamiliar to most but is a fine homage to the jazz age.

There is also the glittering El Salon Mexico, one of Copland's most performed works that is based on popular Mexican melodies, with ethnic mariachi-flavoured woodwinds and brass, and the more rhythmically complex Danzon Cubano, inspired by a visit to a dance hall in Cuba, where there were two orchestras performing, one at each end.

Copland did not attempt to reproduce an authentic Cuban sound but added ''my own touches of displaced accents and unexpected silent beats''.

Slatkin, a Grammy Award- winning conductor, is music director of the Detroit Symphony, and has been praised for his previous recording of Copland's Abraham Lincoln Portraits. He has been a standard-bearer for the composer's music.

He recorded a lot of Copland during his 1979-1995 tenure as the music director of the St Louis Symphony Orchestra, both for RCA and EMI. For Naxos he guides the fine orchestra into an impressive performance, and particularly must be praised for drawing attention to lesser-known but very attractive ballets, where he showcases vigorous rhythms cutting through the extended harmonies piled on to the composer's characteristic and infectious tunes.