Fresh and thirty something 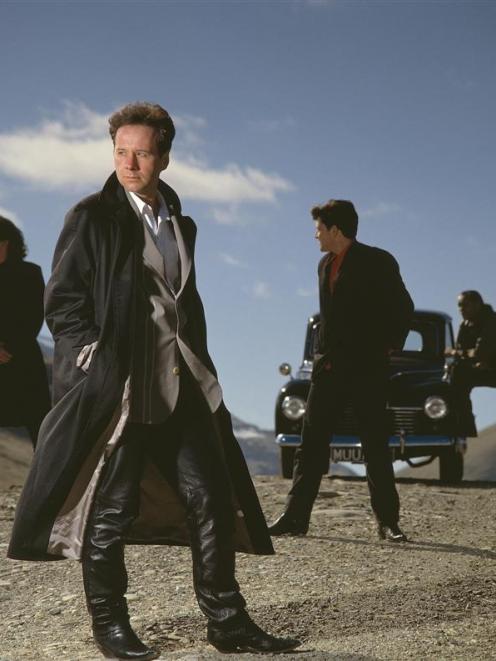 Simple Minds with Jim Kerr second from left. Photo supplied.
Simple Minds have been together for 30 years, and they're still passionate about what they do, Scott Kara, of The New Zealand Herald, reports.

Little James Kerr and Charles Burchill met when they were 8 years old while playing in the street that they lived on in Glasgow.

They were a bit too young to be buying music yet but Charlie - as he would become known - had an older brother who was the "cool guy" of the neighbourhood. He was into the underground music of the late '60s, and a little later the youngsters got into Bowie and punk rock.

"So Charlie knew all this stuff, and he would say, 'You've got to check this out'," says Kerr, who's better known as Jim these days and the lead singer of Simple Minds.

"Everyone was into music back then, but Charlie and I seemed to have this voracious appetite for it, and seemed to know more than anyone else. We continued that passion through to starting the band and seem to have continued it through the career of the band."

Last year, Simple Minds celebrated 30 years as a band - after forming out of the ashes of Kerr and Burchill's punk band Johnny & The Self-Abusers in the late '70s - and they return to New Zealand as part of an anniversary tour on March 30, when they play Auckland's Civic Theatre.

Kerr, who now lives in Sicily, but is on the phone from Nice in the south of France when The Herald talks to him, is looking forward to it because New Zealand was one of the first places they were big.

They first toured here in the early '80s playing Sweetwaters music festival - where Kerr met former wife Chrissie Hynde - and were last here in 2006 following the release of their 14th album Black & White 050505.

This time round, Kerr promises the set list will be expansive - and they have been playing more than 25 songs each night on previous dates from the tour.

"We somehow manage to play all the songs you expect to hear, and yet, we also freshen it up with a new chapter and play some of the rarities that the hardcore want to hear."

So the set takes in the hits, from 1984's Waterfront to Don't You (Forget About Me) (the song that broke them in America) and Alive and Kicking off 1985 album Once Upon A Time, early songs like Life In A Day and Chelsea Girl from the band's 1979 debut, and new material.

In the early years, Simple Minds were all over the place, experimenting with everything from Kraftwerk bleeps and bobs to catchy, carnival-like new wave.

"I think we were just trying to work it all out," says Kerr.

"We had this imagination that was probably much more expansive than regular rock bands playing at the time and we were keen to explore it all and see how we could pull it together as a composite from which we would grow."

It was on 1982's New Gold Dream, the band's fifth album in four years, where it all clicked and they started to settle on the big, bold and anthemic sound that Simple Minds would become known for.

"It's funny that it's called New Gold Dream because it was the alchemy of all the experiments in the past that produced it."

The group's popularity peaked in the '80s with Once Upon A Time, making them Scotland's answer to U2, and by the end of the decade they had sold more than 25 million albums. But their popularity waned.

During the early 2000s, Kerr and Burchill thought about calling it a day - "it was like getting blood out of a stone" - but with Black & White, and latest album Graffiti Soul, Kerr feels like they've "hit a vein of richness that I never knew existed".

"In a 30-year career you have periods of feast and famine and right now we have a feast," he chuckles.

When it came time to tour for their 30th birthday, they didn't want it to be solely a nostalgia trip, so they decided to record Graffiti Soul rather than release a "best of" collection.

"We've never been the greatest at looking back for the sake of looking back - but it did seem like a bit of a landmark and we wanted to acknowledge it with a new chapter."

Part of the inspiration for the album comes from Kerr going back to his hometown of Glasgow for an extended period because his mother was seriously ill.

"It was worrying and still is. But what came out of it all was a very positive attitude. This defiance tripped into the [family's] daily attitude and that, as well as being in Glasgow, comes through on the album.

"We all tend to romanticise the places we sprouted from, but Glasgow is a very real place.

"It's made of rock and rain and steel, and people have a wit and directness about them that I think brought a lot to the attitude that is on the album and in our consciousness."

And they knew the album had to be good, because, as Kerr points out with a laugh, "the last thing you want to do is a record that sounds like you've been round the block for 30 years".

"Every album has to be good," he continues, "but there had to be something about this one that had energy and vitality and we seem to have hit our target." 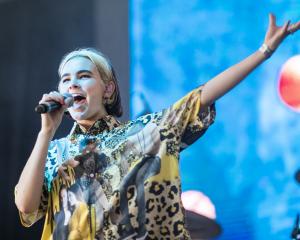