Gift of music received and returned in full 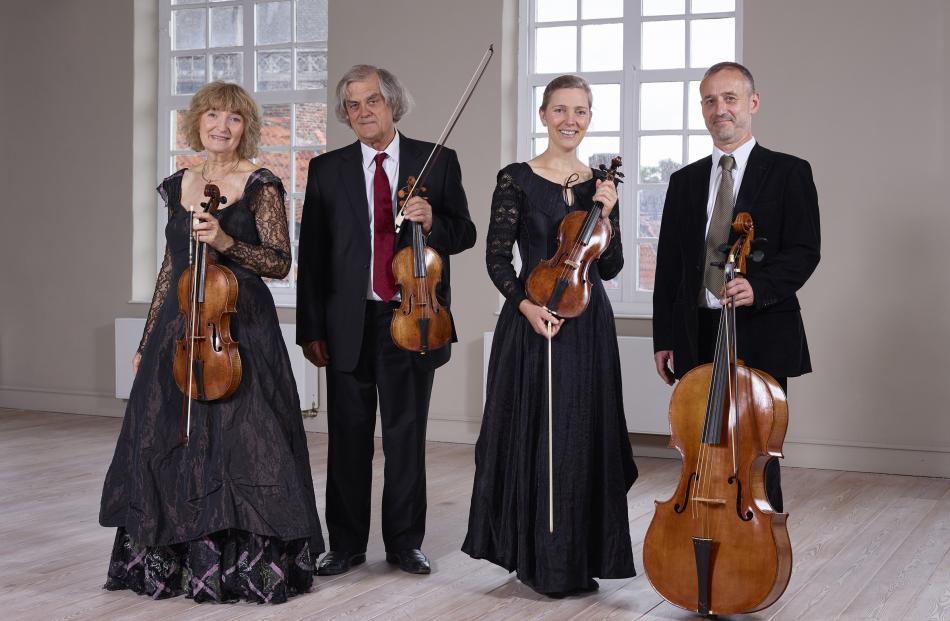 The Kuijken Quartet will be performing Haydn and Mozart string quartets on period instruments for their CMNZ tour. Period musical instruments are either originals or copies of instruments from the time the composers were writing. Photo: Supplied 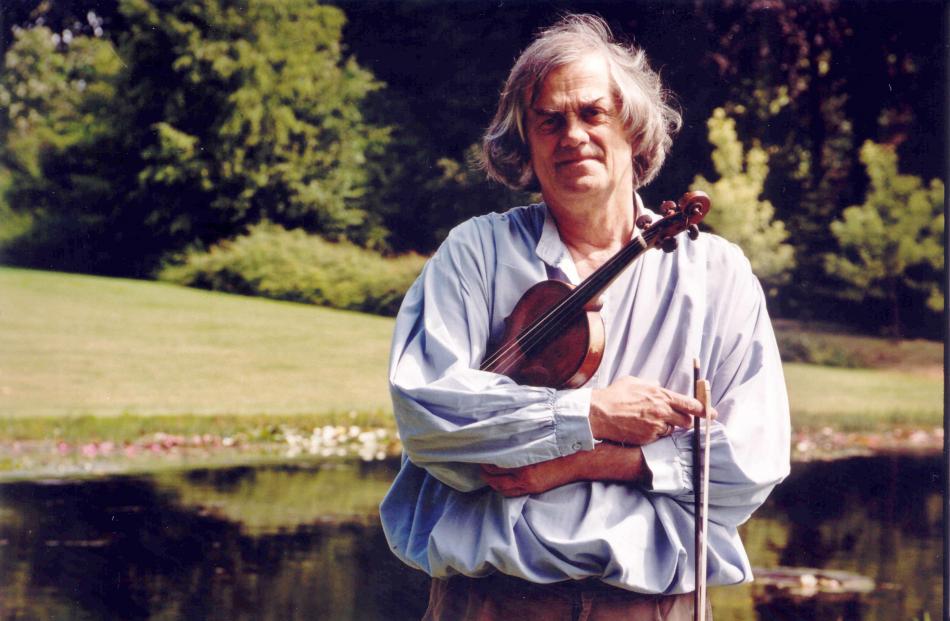 Watching your children come of age musically is extra special if you are a musician yourself, as Belgians Marleen Thiers and Sigiswald Kuijken discovered. Rebecca Fox talks to the family that mostly make up the Kuijken Quartet.

The ''spirit'' of internationally renowned historical performance musician Sigiswald Kuijken and his musician wife, Marleen Thiers', music-making has been ''transmitted genetically for sure''.

''It is very striking how we have so often similar intuitions and identical tastes,'' Kuijken says.

Two of their other daughters are also musicians - Marie plays pianoforte, sings and is stage director for Mozart and Hayden operas, while Veronica also plays pianoforte and violin.

''I love to perform with my family, simply because they are so good in doing what they do. If they were mediocre, it would not be fun at all.''

While they followed in their parents' musical footsteps, Thiers says she and Kuijken had no expectation that they would; they just wanted to give them the best education.

''But we knew that to learn music was very important for a human being, so we wanted that all the children loved music.''

The pair also had two adopted children from Korea,

Eva and Simon, who were also very musical but chose other paths in life. All the children played two instruments.

''So the whole family was involved in music.''

Family is central to the quartet's story in other ways too - Kuijken was introduced to music when his brothers attended a class just across the border in Germany to build a late medieval fiddle.

''We were living in the countryside near Brussels very simply, and without radio or other possibility to listen to music.''

When his three older brothers came back, they brought some music - renaissance duets by Josquin and Lassus.

''We had never seen or heard this kind of thing.''

When Kuijken could not go to school because of a health issue, he amused himself with the fiddles and the house's piano, which had a ''little pile'' of sheet music next to it.

The next summer, the brothers returned to make some other fiddles.

''Now we fully enjoyed to play these Renaissance and also Baroque little duets together.''

This had a ''tremendous influence'' on the brothers' musical habits and standards.

''For me, this was the heavenly entrance into the world of music, not less.''

He then picked up the violin, which he describes as a ''fascinating, even often seducing instrument'' that was often linked in stories to devilish forces and was forbidden in medieval times and burned.

''Even the unbelievable virtuosity of some violin music of the last centuries seems to trigger the audience taste for forbidden fruits, no?''

Kuijken was only 8½ when he entered the music conservatory in Bruges, where the music taught was completely different.

''But also nice. We developed instinctively a kind of double-booking system. The 'old music' was our track - we gradually learned to ourselves.''

In their own time, they explored the old music and the corresponding ''old'' instruments and related playing techniques.

Their early exposure gave them the conviction there was a basic way to approach old repertoires.

''After all, the principle of playing every music on the instruments for which it is intended presents an undeniable and at the same time almost childish, perfect logic. How can you ever pretend it is better not to do that.''

His brothers Wieland and Barthold also became historical musicians. Wieland has often performed in the Kuijken Quartet and Barthold plays the flute.

''He was clearly inspired by the same 'ghosts' as Wieland and I were - and are.''

Kuijken (73), who formed Baroque orchestra La Petite Bande in 1972, has taken it a step further, holding his violin in a more traditional style on the shoulder.

''After more than five years of intense practice of 17th and early 18th-century violin repertoire in many, many concerts, it became so clear to me that I was missing an essential point by continuing to use the, basically, the modern playing technique, like everybody did, that I felt almost dishonest to go on.''

He began to research old documents and images and decided to stop playing the way he had been taught.

''It took courage. I gave up twice, but went on after that to hold the violin completely free on the shoulder and to find back the left-hand technique which would fit that principle.''

The change also affected his playing: some ways became impossible.

''This way, an enormous step forward all at once. And the music itself, the baroque violin itself, and by bow intuitions combined with historical evidences would from now just indicate the way to go.

A shared interest in Renaissance and Baroque music also brought Kuijken and Thiers, who plays viola, together. They met at a Brussels conservatory when he was 15 and she 16.

She had discovered the music and the traditional instruments through summer courses in Flanders, and also came from a musical family.

The pair married when they were 21 and 22 years old.

For daughter Sara, who now lives in the south of France, the violin was also her choice, although she also studied viola. When she was 14, she took a summer music course.

''When she came back, she said very simply 'Now I know what I want to do later, I want to be a musician','' Thiers recollects.

''We both could not believe our ears, because Sara was only 14 and we did not at all expect that one of our children would like to become a musician. But it sounded as music in our ears and we did all we could to prepare her well for the conservatory later on.''

While she studied the modern instruments to begin with, later on she learned to play the baroque versions.

''Especially when she did her first exam for modern viola in the conservatory of Brussels, it became totally clear to me that she received from her father this knowing from inside in connection to music.

''It was a gift from her father. To play with her now in our string quartet is for me now a free present that I receive from her. I can only be very happy.''