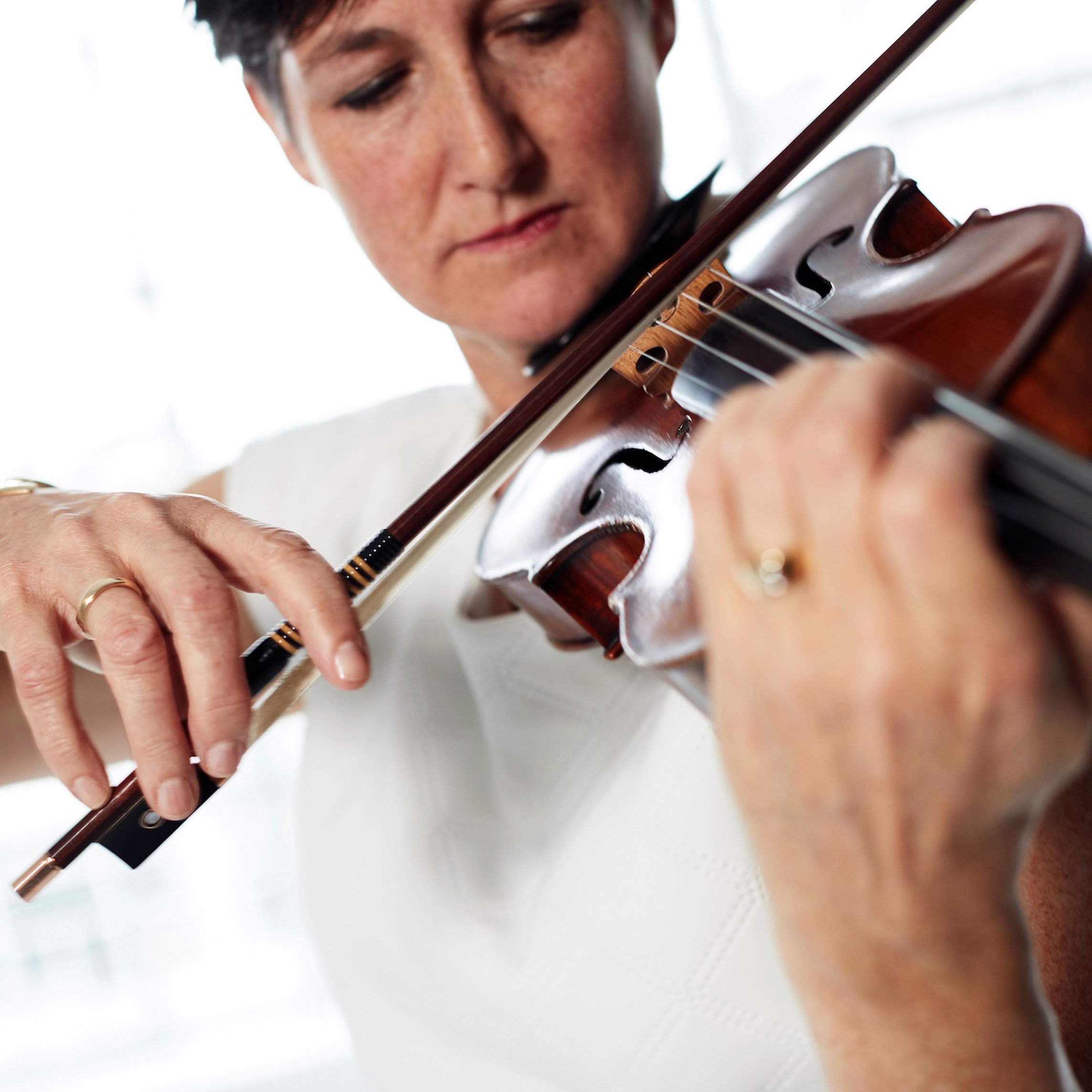 Standing at the end of the road with nowhere to go is an image that sticks with violinist Justine Cormack when she talks about giving up her job of 17 years.

A founding member of the NZTrio, she had come to the realisation she had nothing more to give.

‘‘I had this strong realisation that part of my life was complete. With its repertoire I always had a sense of what I’d like to do next, but I felt like I was standing an the end of a road with nothing on that list.’’

That unexpectedly opened up a world of opportunities for Cormack and husband orchestral conductor Marc Taddei.

‘‘We realised we were only living in Auckland because of my career commitments.’’

They initially moved there from Wellington, where she was sub-principal first violin in the New Zealand Symphony Orchestra, for the role as concertmaster for the Auckland Philharmonia in 2000, before she left that job in 2004 to dedicate herself to the NZTrio as well as lecturing in performance violin at Auckland University until 2010. She has also been on the judging panel of the Michael Hill International Violin Competition.

Pianist Kate Boyd and violinist Justine Cormack. Photo: Brent Smith
‘‘We had a long-held dream of moving to Central Otago. I’m from Christchurch, so I’m a South Island girl at heart, even though I’d not lived there for 30 years.’’

The couple had thought it would be another 10 to 15 years, maybe when they were phasing out of their respective careers, that they would move south to Central Otago.

‘‘But we had this opportunity and I was particularly keen to take the leap of faith. I had to trust in terms of my career that I could make a go of it from here.’’

Taddei travels for his work, so as long as he is near an airport, where he lives is not so important.

So they started searching for a plot of land within an one hour of Queenstown Airport.

They found one in Queensberry, just outside Wanaka, and after a year living in the area set about building their dream home. The ‘‘Wedge House’,’ as it became known, featured on Grand Designs New Zealand.

‘‘It was pretty all consuming, but I loved the process.’’

Cormack had initially hoped to become an architect, but music won out when she had to choose.

‘‘I’ve always had this ability to think in three dimensions. I could see our house and all the things required to realise it.’’

Through that process she also realised that is how she thinks of music and both she and Taddei can see the similarities between the two professions.

‘‘There are parallels to how you create music sonically: the score is the plans, there are decisions to make and then you present the final work of art.’’

They are now settled into the new house, which has lived up to their expectations as the ideal place to work and live.

‘‘When we’re here and not travelling we’re working away on the computers and practising, it’s a wonderful place to be creative. Marc has continued to travel completely unimpeded, which is great.

For Cormack, the time after they moved allowed her to take time out and give herself space to think about her work.

‘‘I took a break from playing. After 30 years of full-time professional performing at the highest level, which is very stressful, I wasn’t aware of how much I needed it.’’

It gave her time to clarify her philosophy of playing.

‘‘It became clear to me a sense I had for some time, but hadn’t had the space or energy to focus on it, that I could help others towards getting to the best space to perform.’’

She came up with the idea of becoming a ‘‘creative performance’’ coach thinking sports people have coaches of all sorts to help them physically and mentally, so why don’t musicians?

‘‘It’s always been of a great interest to me and I’ve invested a lot of time and study into it. It’s become clear I have a lot of wisdom I’d like to share with others.’’

She believes it is an aspect of being a professional musician that is not part of their training, but should be.

‘‘I’d really like to be the one that support others to perform successfully and happily. A lot of musicians loose touch with why they play and why they love it.’’

While her work is in the early days, she has worked with some musicians in New Zealand and overseas thanks to the benefits of video technology .

‘‘I’ve had some positive results with musicians getting back into the flow of what they’re doing. It’ a rewarding process.’’

The best part of the whole process is that it has given her clarity about her own philosophy and playing.

‘‘It’s fed back into my playing and really inspired me to keep playing and evolving ... they go hand in hand.’’

When Kate Boyd, a friend from her doctoral studies days at Stony Brook University in the United States, got in touch to propose a joint project, everything fell into place.

‘‘The new direction is evolving without me having to force anything; it’s all been very natural.’’

Boyd was looking for a sabbatical project and between them they decided to celebrate the 250th anniversary of Beethoven’s birth by performing Beethoven’s 10 sonatas for violin and piano, in both New Zealand and the US.

‘‘We’re both in similar places in our careers and we saw this as something meaty we could throw ourselves into. It requires everything we’ve done to date in order to do it and will lift us further.

‘‘It’s a great project for this time in our lives.’’

They decided to perform the cycle over three concerts in Central Otago with shows in Wanaka, Queenstown and Bannockburn, followed by performances at Butler University, Indiana, in October.

‘‘In these sorts of areas its harder for the community to have a way to engage with these sort of celebrations [Beethoven’s anniversary]. The sonatas are a wonderfully intimate way to experience Beethoven’s incredible compositions.’’

Beethoven’s first three sonatas, published as a set in 1798, when he was 28 ‘‘are impressive examples of his early maturity’’, she says.

‘‘The next six fall within his middle period showing the full range of his expression and the beautiful 10th Sonata is a clear example of Beethoven’s radiant late style.’’

Cormack is excited about the performances and being able to perform them in her new community is important.

It also feeds into her sense of wanting to ‘‘give back’’ to New Zealand.

‘‘It’s no longer about touring the world and doing stuff, it’s about nourishing my own place, making a connection with audiences here and making a difference to people’s lives — that’s what means the most to me, without a doubt.’’

That has been backed up with a positive response from the region’s musical organisations and Arts Central, Wanaka Concert Society and Turn Up The Music Trust all agreed to host the concerts.

‘‘I feel like the cultural side of things in Central Otago is surging forward as people become aware of the need for more than just tourism and outdoor adventures.’’