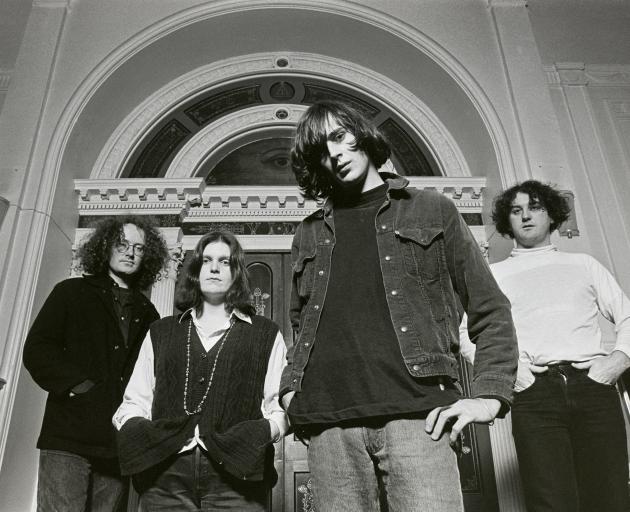 The 3Ds at the Masonic Lodge, Moray Place in 1993. From left: David Mitchell, Denise Roughan, David Saunders and Domnic Stones. PHOTO: GERARD O'BRIEN
In the early 1990s, The 3Ds were the Dunedin band  that looked most likely to do big things. More than a quarter of a century later, their best two albums are being reissued on vinyl, writes Gavin Bertram.

It was a strange time of flaming guitar amps doused in dark beer. Of Hot Cake distortion pedals pushed to the extreme. Of Dunedin’s dank neo-gothic aura amplified into something irresistibly twisted and terrifying.

It was the time of The 3Ds. Having formed in 1988, the quartet ruled the early 1990s, leading the third wave of Flying Nun Records acts, touring internationally, supporting the likes of Nirvana and U2, and releasing stupendously good EPs and albums.

Now, almost 30 years later, two of those albums are seeing the light of day again with remastered editions appearing on vinyl.

The Venus Trail, originally released in October 1993, was reissued several weeks ago, spending a week in the New Zealand album charts at No9. And in December, the band’s early 1992 debut album Hellzapoppin’ will have another day in the sun.

A few months before the release of The Venus Trail in 1993, The 3Ds played a Friday and Saturday night stand at The Empire Tavern on Princes St.

The small upstairs venue was heaving on both nights, and the quartet on a small stage in the corner were on fire — literally.

Manic guitarist/vocalist David Mitchell was always an entertaining sight, back to the audience as he wrung a glorious frenzy from his instrument. On this occasion that was enhanced when his ageing Orange amp head suddenly burst into flames ... only to be calmly doused by Mitchell with a pint of Black Mac.

Perhaps there’s hidden symbolism in that tale, as The 3Ds always seemed to have a calm heart in the midst of the storm they created. There was plenty of noisy pop (Hey Seuss, Outer Space) and distorted, disturbed self-examination (Man on the Verge of a Nervous Breakdown), tempered by sweeter songs (Beautiful Things, Jewel).

The brief period between Hellzapoppin’ and The Venus Trail was a busy time for the band, David Saunders remembers.

"It was probably when we were at our peak ability, just from playing a lot," the guitarist/vocalist says. "The Venus Trail was really an album where the songs came out of touring — I have a real time and place feeling with the songs on that record."

Having signed to the First Warning Records label, The 3Ds had embarked on a US Hellzapoppin’ promotional tour. The band began to gain attention in the northern hemisphere, with glowing reviews in magazines including Melody Maker, Select, and Spin, who named the record the "Best Album By a Band You Probably Haven’t Heard Of".

But The 3Ds’ momentum was slowed when BMG, the major label that owned First Warning, disappointingly decided to close the once independent imprint.

Back in Dunedin, grateful for the opportunities that had been afforded them overseas, the band set about following Hellzapoppin’ with something even better.

After five years of performing and recording together, Mitchell, Saunders, bassist Denise Roughan, and drummer Dominic Stones knew exactly what they wanted.

With Dunedin sound engineer Tex Houston, who’d worked on their previous recordings at Fish Street Studios, they decamped to the Grand Masonic Lodge on Moray Place.

The former Dunedin Synagogue had been built into the rock of Bell Hill in 1863, and was sold to the Freemasons in 1881. It served as a lodge until 1992, and Stones was living in the building when The Venus Trail was recorded there the following year.

Saunders says they sent Stones’ landlord on holiday, and recorded in his room.

"It’s a fantastic building," he says. "It’s so weird, it’s like built into the bedrock. And there are these weird sort of tunnels under it. And it’s such a Gothic sort of part of town, that whole area from there down to the Exchange."

The murky history of Dunedin, and the fact the town was a setting in American horror writer H.P. Lovecraft’s 1926 classic The Call of Cthulhu, were what The 3Ds loved about the place.

There’s a psychogeographic sense of that to be found in much of the band’s music, especially The Venus Trail.

In the lodge’s "big loud room", with the Freemason’s Eye of Providence looking down on them and a coffin under the floor, The 3Ds and Houston recorded over a fortnight in mid-1993.

Saunders believes The Venus Trail represents the peak of The 3Ds.

"I think this was the one that worked the best," he reflects. "We’d done it before, and basically coming off touring we had the chops to make something worthy. I feel like it really does represent the band quite well."

He recalls that the album seemed easy to make. They’d record the songs live several times, pick the best version (usually the first one), and make minimal changes afterwards.

"We didn’t go too far into doing anything deeper than what a live band would play," Saunders says.

While some songs had been fully written before they began, a lot was worked out at the time. That applied especially to Mitchell’s often chaotic guitar parts, for which he would often spend considerable time finding just the right colour.

That’s particularly evident on Philadelphia Rising, featuring the band’s greatest guitar meltdown, the speaker-ripping tones of Summer Stone, and the caustic Man on the Verge of a Nervous Breakdown.

But again, those moments find a counterpoint in the gentler likes of the Roughan-sung Golden Grove and Beautiful Things, and Mitchell’s aptly titled acoustic closer Spooky.

And with The Venus Trail, the songs hang together as an album.

"I like the way it just changes direction," Saunders says. "We used to spend quite a bit of time working that stuff out. I think it’s pretty perfect — it really does work well as an album. It’s got a definite start, end, and a whole bunch of interesting developments along the way."

Both album reissues have been superbly remastered by Houston, who notes that The Venus Trail is one of his favourite recordings.

Following the album’s release, The 3Ds had a golden period.

In December 1993 they were selected by Bono to support U2 on their Zooropa tour in both Christchurch and Auckland.

They then toured in the northern hemisphere with indie music royalty; Pavement, Guided By Voices, and Superchunk.

As a result, they signed to Merge Records, which is now a huge entity and behind The 3Ds’ reissues.

The Venus Trail had given the band exciting opportunities to tour internationally. But it ultimately proved difficult to capitalise upon, and after the 1996 album Strange News From the Angels, The 3Ds called it a day.

But with the reissues, a new generation of vinyl lovers has the chance to hear the band’s best moments.

"I heard that (The Venus Trail) has gone top 10, which is just crazy," Saunders marvels. 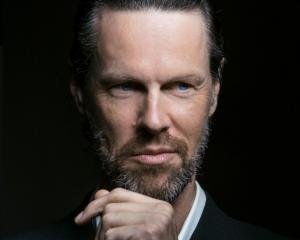 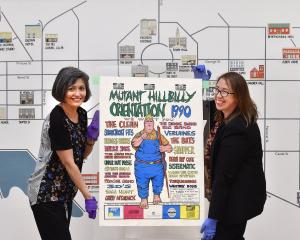 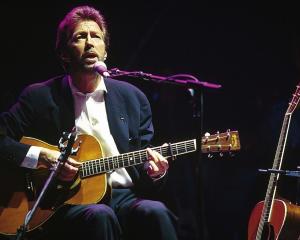