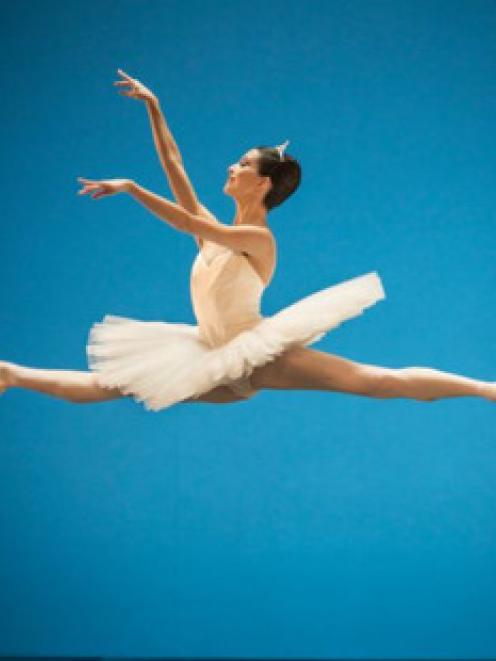 By Rachel Grunwell of the New Zealand Herald
A young Kiwi will fulfil a dream today when she dances lead ballerina in Swan Lake, performed by the Paris Opera Ballet.

It is Hannah O'Neill's first chance at a lead role for the acclaimed ballet company.

She will fill in for the usual lead principal dancer for one night.

The lead role is held in high esteem in ballet circles and this particular role is viewed as the creme de la creme, thanks to its complexity and the emotional depth required to carry it off.

"Obviously it is the biggest role I have been given up until now," the 22-year-old said.

"It is also my dream role, which to me feels a little surreal.

"This is what I have been working for for the past 19 years but I did not think it would come around so soon."

And it is a moment her Auckland parents, Sumie and Chris O'Neill, would not miss. They jetted to Paris this week.

"They are my number one fans and I am so excited they will be in the audience," the ballerina said.

Sumie O'Neill told the Herald she was nervous, but excited for her daughter.

Swan Lake is a story about a princess who is turned into a swan by an evil sorcerer's curse.

O'Neill said her role had two diverse personalities -- the White Swan and the Black Swan.

She would open the ballet on stage wearing "a gold princess dress with a crown".

She appears in the second act as Odette, the Swan Queen, in a white tutu, jewels and beautiful feathers.

For the third act, she enters as Odile, the wicked Black Swan, in a black tutu with "a stunning headdress which resembles a crown a princess would wear". In the fourth act she reappears as Odette.

This is O'Neill's fourth season with the Opera National de Paris. She was awarded a lifetime contract in 2013.

She started dancing at 3, having inherited her athleticism from her father, who once played rugby professionally in Japan.

Born in Japan to a Kiwi father and Japanese mother, the ballerina was 8 when her family moved to New Zealand. She has two younger brothers, Shimon and Ben.

O'Neill went to Parnell District School and Epsom Girls' Grammar, and also attended the Mt Eden Ballet Academy -- which she credits for playing "a big part in my development as a young dancer".

From there she went to the Australian Ballet School in Melbourne and then to France.

She got a contract with the Opera just before turning 21.

Along the way, she won a string of overseas scholarships and ballet competition titles.

In 2013, she was among the finalists for the Herald's New Zealander of the Year title.

O'Neill has some advice for other Kiwis wanting to follow in her footsteps -- she says they need "motivation", "work ethic" and "belief in yourself".

The desire to do it also has to come from "your heart".

By Rachel Grunwell of the New Zealand Herald