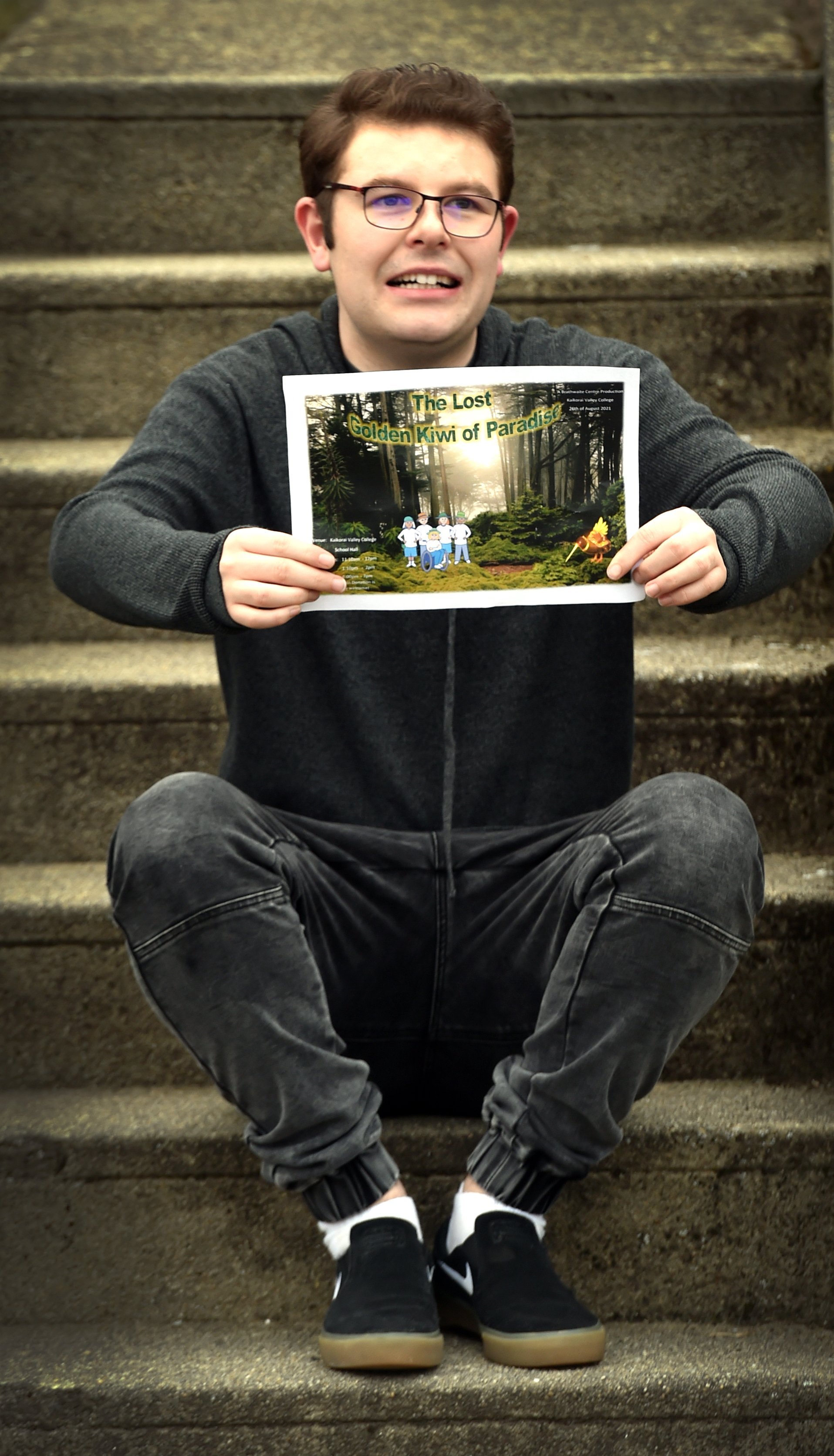 The production, The Lost Golden Kiwi of Paradise, was meant to open this week at the school hall.

Kaikorai Valley College special needs head of department Daryll Hananeia said the show would have to wait, but it would go ahead in some form.

Rehearsals had continued over Zoom, which had worked "really well", he said.

The production was a collaboration between the pupils and staff of the Braithwaite Centre, the school’s special needs centre.

The special needs pupils helped write the script and performed the show, with mainstream pupils participating alongside them.

The annual production had been going since 2004.

Set-up for the production began slowly at the start of the year and ramped up as it went on.

Recently the pupils had been "really getting into it" and were rehearsing regularly.

The production team did not feel let down by the postponement, as those involved understood the necessity of the lockdown and trusted the school to make the production happen in some way, Mr Hananeia said.

The show was cancelled last year, but the pupils instead merged some of their work into the school talent quest.

If the show could not go ahead as usual he would ensure a similar compromise was made this year.

"We will make something happen."

The play focused on a group which got lost in Fiordland and had to find a magical golden kiwi which could grant them one wish.

It mixed the traditional fairy-tale genre with New Zealand themes, he said.

Actor Cody Marshall said he was a little disappointed the show had been postponed, but was looking forwards to playing his part when the chance came.

Cody would play one of the four pupils who got lost and searched for the golden kiwi.

He had enjoyed the online meetings, but would be excited to get back on the stage.

School principal Rick Geerlofs said the school would do its best to ensure the production went ahead.