The power of laughter 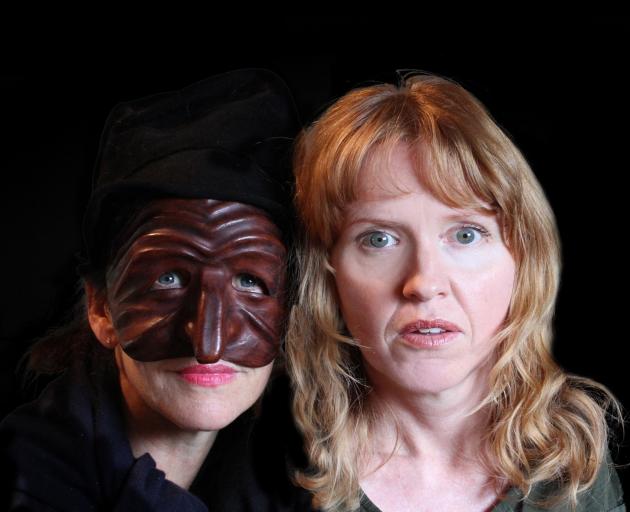 Lisa Brickell (right) as ‘‘Deidre’’ in Mockingbird with director Ruth Dudding. Photos: Supplied
The power of humour and laughter is immeasurable when treating any sort of illness. Actor Lisa Brickell is harnessing that ‘‘power’’ to raise awareness of post-natal depression. Rebecca Fox reports.

A fear of suffering post-natal depression saw Lisa Brickell run from relationships before they got serious.

''I thought if I avoided it, I'd be fine. If any relationship got serious, I'd be off.'' Unfortunately, life is not quite that clear-cut. 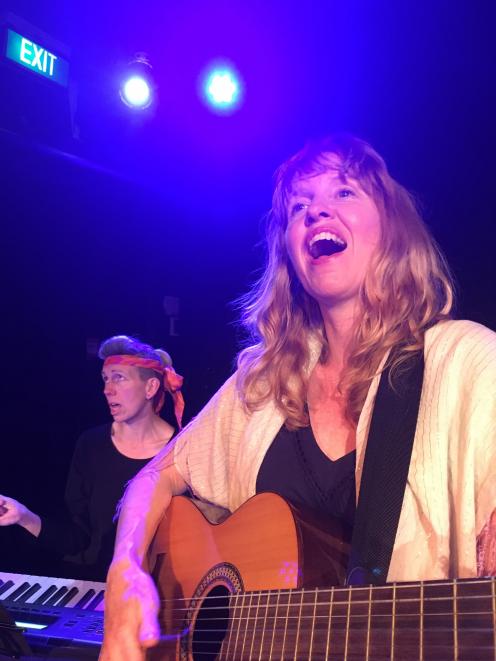 Lisa Brickell (front) performs with the show’s composer Sarah Macombee.
''I didn't avoid it. I met someone and, unexpectedly, my son came along and I started struggling as well.''

Luckily for Brickell she had a support network to help her through. Her partner's family moved in and took over the daily chores, giving her time to rest and recover.

She is well aware not all new mothers have that support - her mother and grandmother did not.

''I had a different experience.''

When she was studying for her master's degree and was required to write a show and perform it, the theme of mental health and post-natal depression seemed a natural fit.

''This was the beginning of Mockingbird.''

But she has been working towards it most of her career.

Brickell, whose family comes from Dunedin, has been performing since she was 8. Her mother thought she had ''dramatic tendencies'', so sent her to drama class.

At university, she studied drama and came across the concept of clowning and mask-driven theatre. A teacher suggested she go to The Lecoq Theatre School in Paris.

To afford the tuition, she headed to Japan where she taught English, drama and disco dancing for two years.

''I saved all my money and headed to Paris.'' 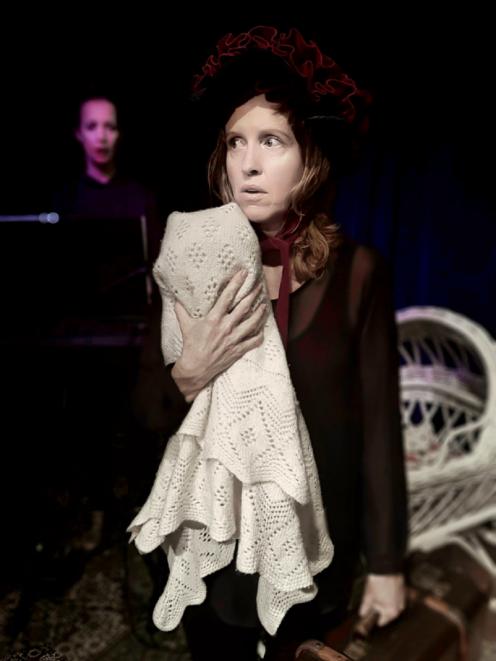 Lisa Brickell performs Mockingbird in Sydney.
From there she went to Italy, studying with Giovanni Fusetti and the Kiklos Drama School and Antonio Fava at the Commedia Dell'Arte School specialising in comedy, mask work and physical theatre.

While overseas she worked in theatre, film and television and has taught drama in the United States and the United Kingdom.

When she returned to New Zealand she did quite a bit of devised physical theatre and comedy. It was suggested she could further develop her storytelling skills, so she enrolled in a master's degree course at Auckland University, majoring in script writing where the concept of Mockingbird was born.

She talked to Dr Diana Jefferies from Western Sydney University's School of Nursing and Midwifery, who lead a research team analysing hospital records of women who were admitted to two Sydney hospitals from 1885 to 1995.

The records detailed the physical and emotional state, but did not include the women's own voices, she said.

As one in seven women and one in 10 men experience post-natal depression in New Zealand, Dr Jefferies believed it was important to speak about it and raise awareness.

Using all of this information and with help from Fusetti and director Ruth Dudding, the hour-long show was developed using improvisation, devising and writing.

''It is a hopeful play, not a depressing one. It was really important to make this a black comedy. That you laugh and be serious, that makes you think as well.

''If you feel hope, you want to talk about it after.''

An original music score was composed by Sarah Macombee and Bricknell takes on multiple roles.

''The devilish alter ego of each of these women is actually depression personified as sneaky, dark, cheeky character whom I play with Commedia dell'arte-style half mask.''

The character comes to visit when the women are feeling sleep deprived or low and tells them things such as ''you are not a good mother'' or ''you've got no idea what you are doing''.

Brickell has personal experiences of those voices.

''If I fight off that voice it kicks in even more, but if I go 'OK, it's part of us that needs attention', acknowledge it and say 'It's going to be OK'.''

Getting people talking about it is Bricknell's aim. She wants to stop mental health issues, such as post-natal depression, from being swept under the carpet.

''I want to help open the discussion, to be part of reducing the stigma and discrimination around mental health. To promote social change.''

From her own experience, she believes covering things up or ignoring them only makes them worse.

''It's a passion of mine, mental health, normalising it. We are all affected one way or another through friends, family, workmates.''

Parents often pretend they are fine and keep going despite the sleep deprivation and struggles with self-doubt.

''At work, I succeeded and did well and I thought I'd do the same, do really well with motherhood, but I struggled. I thought I was a really bad mother.''

To reinforce the messages in the play, Brickell holds a question and answer sessions after each performance so people can tell their stories or ask for help. Mental health support organisations are invited along to help.

''It's about putting people in touch with the right support out there.''

Support is crucial for new parents as many find themselves isolated in communities without family backup.

''As a new parent, you have no idea what you are doing, there is no instruction manual. There's a saying that it takes a village to raise a child - what do you do if you don't have one? You create one.''

During the creation process, Brickell met Siri Embla, a Norwegian performance artist who had also studied with Fusetti, while setting up a ''Clown Doctor'' service in Auckland.

The Austrian-based concept has people trained in music, song, and performance visit hospitals and rest-homes to entertain people there.

''Humour is important to the healing process.''

With Embla's Norwegian contacts, they took Mockingbird on a tour of rural villages in Norway.

In Norway, the audience regarded the play as quite controversial as mental health issues are not spoken about openly.

''I think of Norway as being so much more advanced, but in this way they are not. This play was seen as revolutionary for talking about this.''

New Zealand and Australian audiences are not so surprised by the topic as it is becoming more normalised to talk about.

Changing Minds chief executive Tami Allan said some of the stories are quite tragic, ''yet we have learnt from previous projects that real empathy happens when we can find common ground with out audience and this can be done most effectively by humour''.