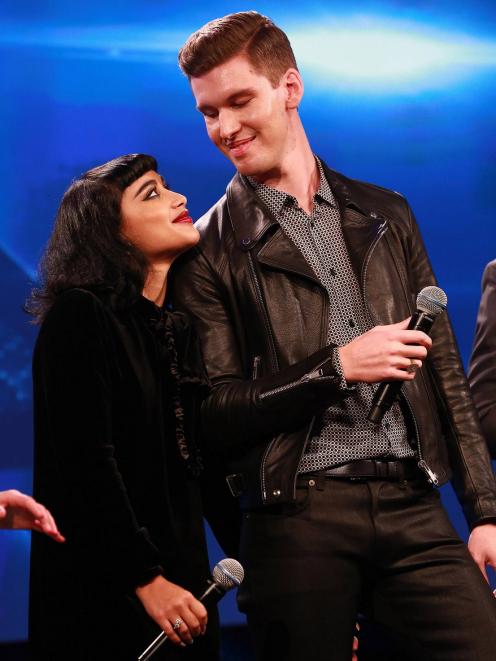 Natalia Kills and Willy Moon. Photo: NZ Herald
Willy Moon and Natalia Kills, the controversial New Zealand X-Factor judges who were dropped from the show for brutal takedown of a young contestant, have lost everything in a fire that destroyed their New York apartment.

Kiwi Moon and his British partner, who now goes by Teddy Sinclair, hit the headlines in 2015 after their outburst against contestant Joe Irvine made worldwide headlines and saw the pair sacked as judges.

Sinclair shared details of the fire on Instagram, revealing the "five-alarm gas fire" took "200 firemen and 12 hours to put out".

"This weekend Willy and I survived a fire ... not just any fire, but a five-alarm gas fire that took 200 firemen and 12 hours to put out," Kills wrote.

"We lost almost everything but our neighbour saved our dog Bambi and luckily we get to start over together!

"It's terrifying and tragic, and after a hard year with Covid the next few months won't be easy ... but honestly I couldn't feel any more lucky/blessed than I do right now!

"Thank you so so much to the brave firefighters that kicked ass and risked their lives, thank you to our neighbour Kyle for saving our dog, and a huge thank you to our friends," she concluded.

Photos showed the aftermath of the fire, which destroyed their apartment and left only rubble and charred beams. 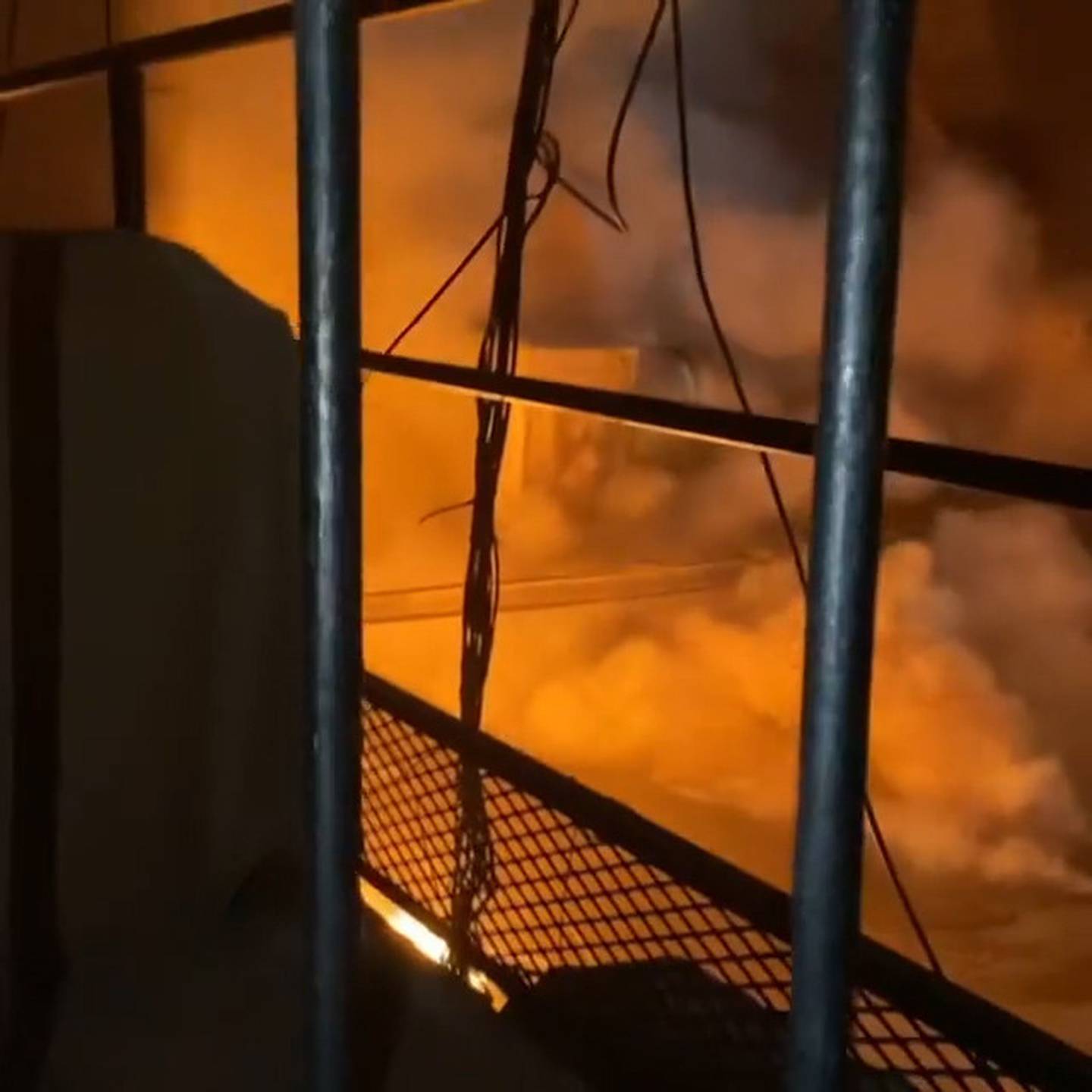 The pair shared dramatic photos of the blaze. Photo / Instagram
The New York Post reported that fire, in the Greenwich Village neighbourhood, was under investigation and said that the Fire Department blamed outdated construction for making the fire hard to extinguish.

Two firefighters were treated and transported to hospital after battling the blaze. 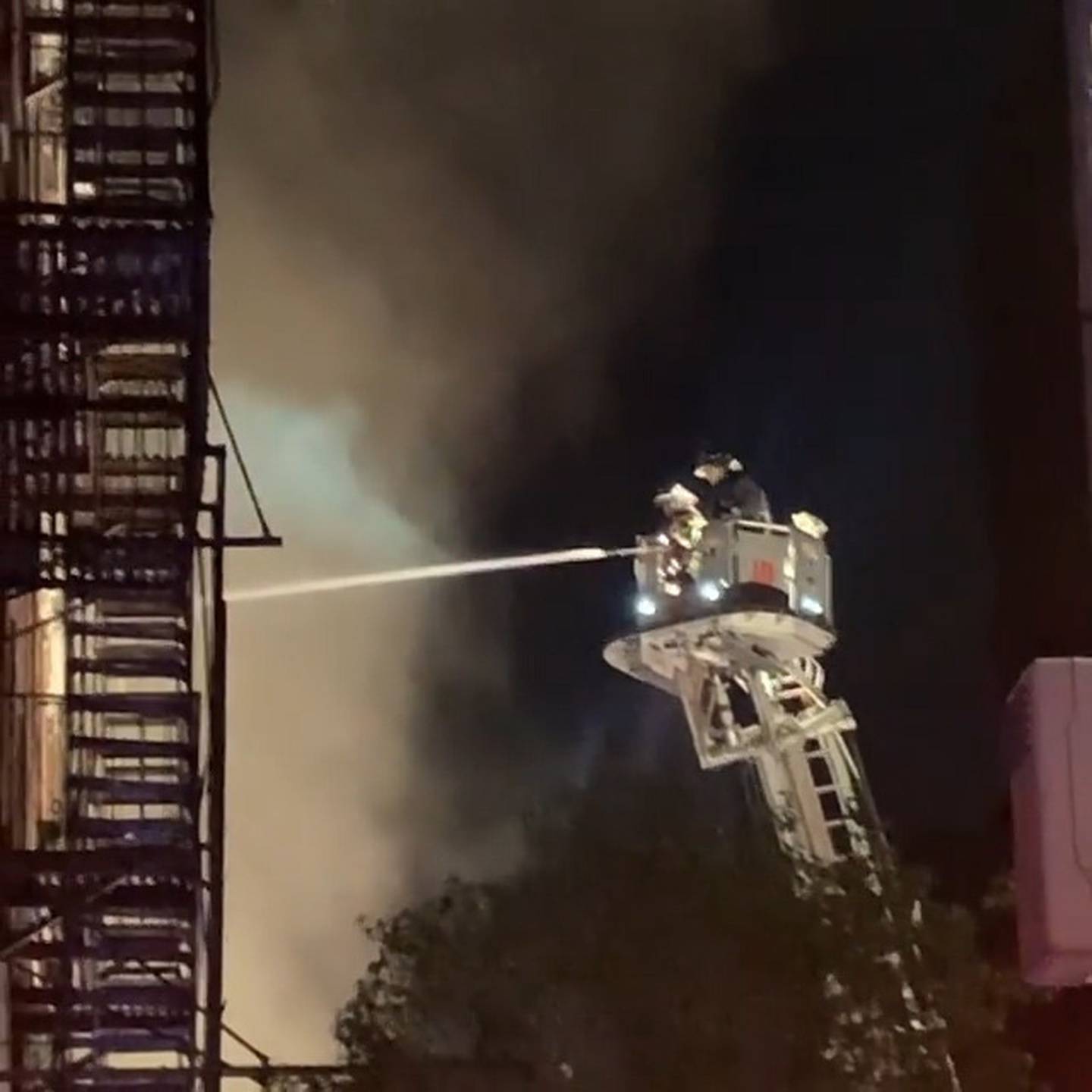 The New York Fire Department battled the blaze. Photo / Instagram
In 2013, she admitted to Life and Times magazine that she had tried to set fire her ex-boyfriend's house when she was a teenager, revealing a list of her bad behaviour as a teenage tearaway.

"Stalking my ex-boyfriend, trying to set fire to the house with us both in it, getting taken away by the police, leaving home at 15, making out with strangers and running away to Paris," she revealed.

She also told Swagger New York: "I tried to set fire to the house with us all in it after a really big, crazy argument - don't worry he totally deserved it - and the police came, and of course it was all taken care of and no one got burned to death which is great."

In 2015, while acting as judges on X-Factor NZ, the pair tore into contestant Joe Irvine for appearing to rip off Moon's image.

Kills accused Irvine of copying her husband "from the hair to the suit", and said he was a "laughing stock" and made her "sick".

Moon was particularly savage, wondering if Irvine might "stitch someone's skin to your face and kill everyone in the audience".

After pressure from sponsors and the public, MediaWorks dumped the pair from the show.

In a statement, then chief executive Mark Weldon said: "Last night on X Factor both Kills and Moon made comments that were completely unacceptable.

"While the judges on X Factor are expected to provide critiques of the performances, we will not tolerate such destructive tirades from any of the judges," he said.

"Contestants put their all into this competition and they should expect to receive feedback and criticism that is professional and constructive. We no longer have confidence that Kills and Moon are the right people to perform the role of X Factor judges and they will leave the show, effective immediately."

The owner of the X Factor franchise, FremantleMedia, which has a said the judges had shown "very poor judgement and intention".